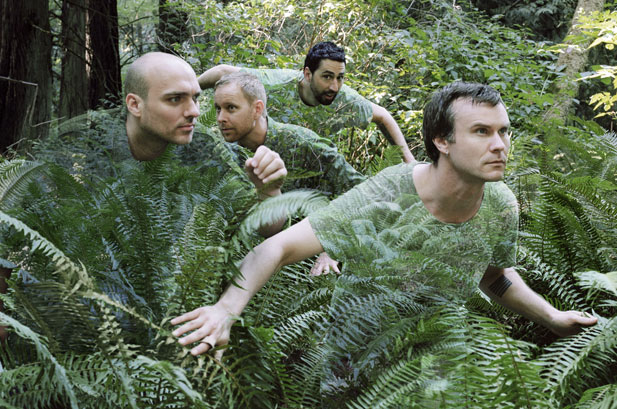 Seattle rock act Sunny Day Real Estate is planning to record its first album in 15 years with its original lineup. The news was Tweeted last night by Seattle radio DJ Marco Collins of KEXP and has been confirmed to Billboard.com as accurate, although no timeline for recording or release has been determined.

Group members Jeremy Enigk, Dan Hoerner, William Goldsmith and Nate Mendel have been fleshing out new material since last fall, coinciding with the band’s  first live shows as a unit since 1994. One untitled new song was played during that tour but it is unknown whether it will make the cut for the album.

Before disbanding, the original Sunny Day Real Estate  lineup made two hugely influential albums for Sub Pop, 1994’s Diary and an untitled 1995 album referred to as LP2 or The Pink Album. The band returned, minus Mendel, who still plays bass in Foo Fighters, for 1997’s How It Feels To Be Something On and 2000’s The Rising Tide. Mendel then rejoined Enigk and Goldsmith, but not Hoerner, to record a self-titled album as the Fire Theft in 2003.

SDRE has a handful of shows on tap this spring, including its first appearance at the Coachella festival in Indio, Calif., on April 18, a show in London four days later and an April 23 appearance at Belgium’s Groezrock Festival.