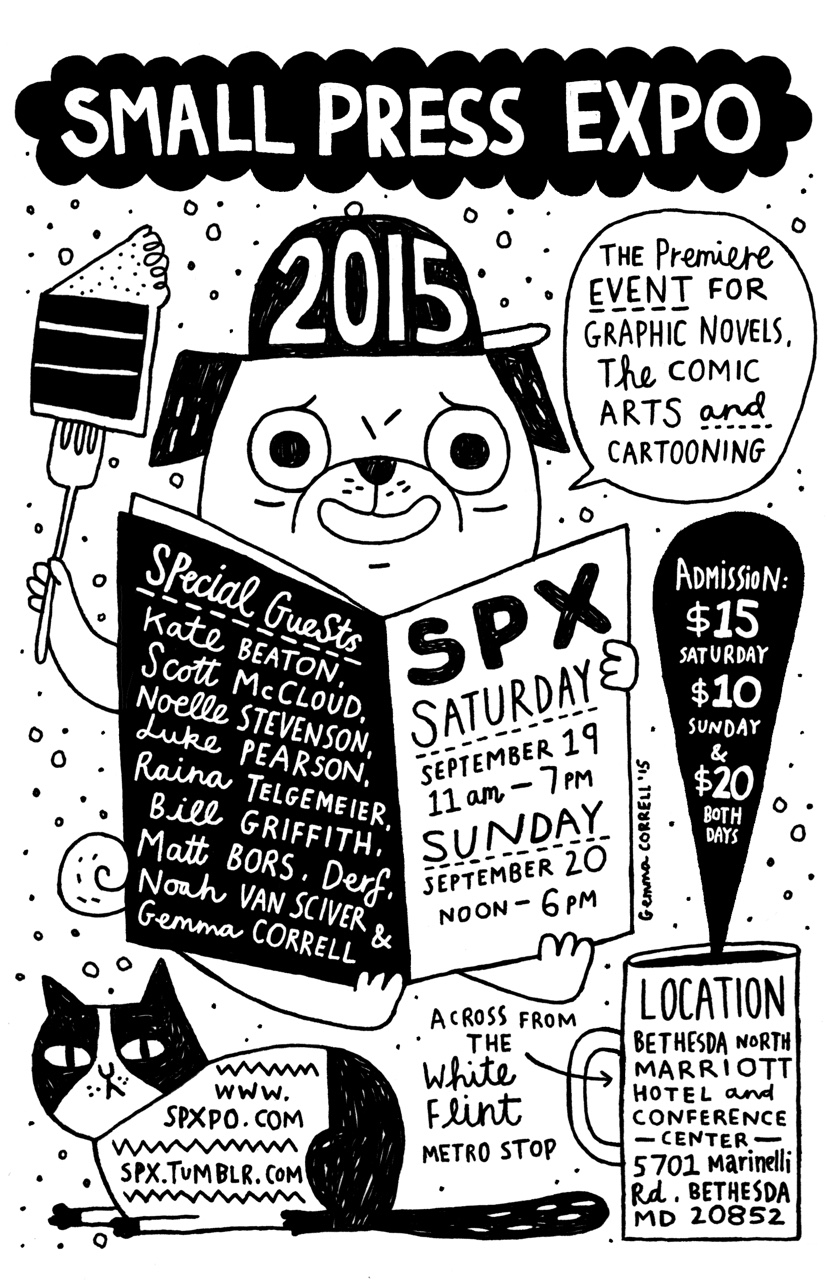 Small Press Expo (SPX) is more than just another comic convention. Since 1997 SPX puts on thepremier annual event for independent creators and small publishers. Held in Bethesda, Maryland SPX draws some of the top independent talent in comics and cartooning as well as a growing number of attendees who come for the unique atmosphere of creativity and camaraderie. SPX also presents the yearly Ignatz Awards which recognize outstanding achievements by small press and independent creators.

Another thing that sets SPX apart is their philanthropic work. As a  501(c)(3) corporation, Small Press Expo has an exhibit on display at the Library of Congress, sponsors the National Book Festival, and donates materials to local school libraries.  In  2001 when the event was cancelled due to  to the September 11 tragedy a smaller  SP-Xiles event was held  in Brooklyn, New York which raised $1925.00 for the American Red Cross and The New York Firefighters 9-11 Disaster Relief Fund.

This year the event was held on September 19th and 20th at the Marriott Bethesda Conference Center. idobi’s Ryan Wapner, who drove down from Pennsylvania to attend the event says:

“SPX is my favorite convention I’ve ever attended. Period. It is a truly unique convention in terms of content, really focusing on DIY and up and comers, with artists and exhibitors just as excited as the fans to be in attendance. The amount of talented and genuine human beings in one place is incredible; artists and other exhibitors will talk with you forever about their process, their shop, or even what’s next for them. So, on top of it being a fantastic entertainment and cultural experience, it can be just as much a learning or networking experience if you are an aspiring creative.”

As Ryan stated the content and creative energy at this event are truly unique and amazing. Some of our favorite finds from this year’s event are listed below:

These books designed to look like 45 records are one of my favorite finds from the event! Each has a unique music related theme and if you buy the collection they come boxed in a “record holder” collectors case. 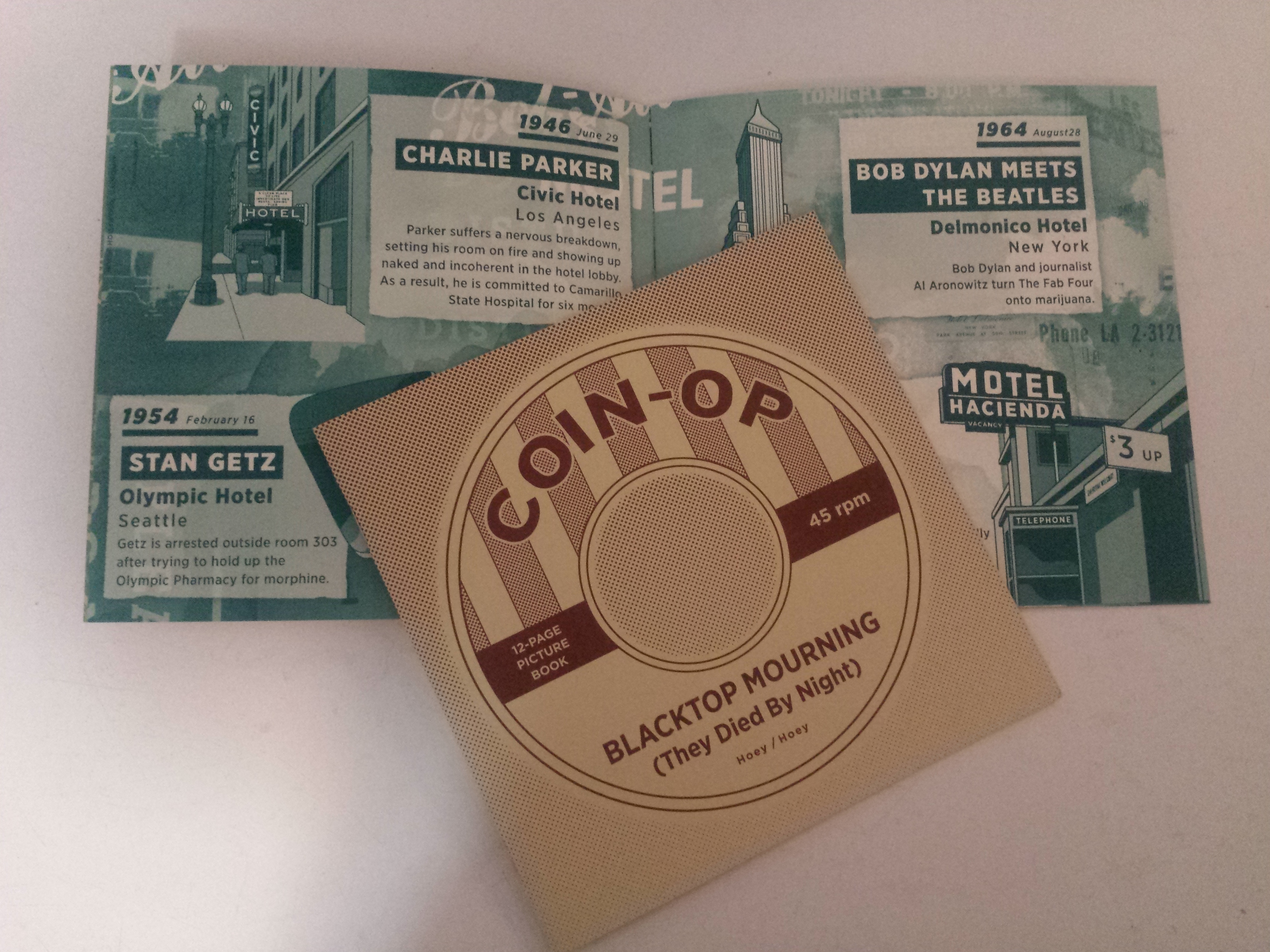 Age 5 and 7 respectively these two newcomers really impressed me, and they even signed the issues I bought from them! (There’s currently no website link available but I expect big things from these kids soon!) 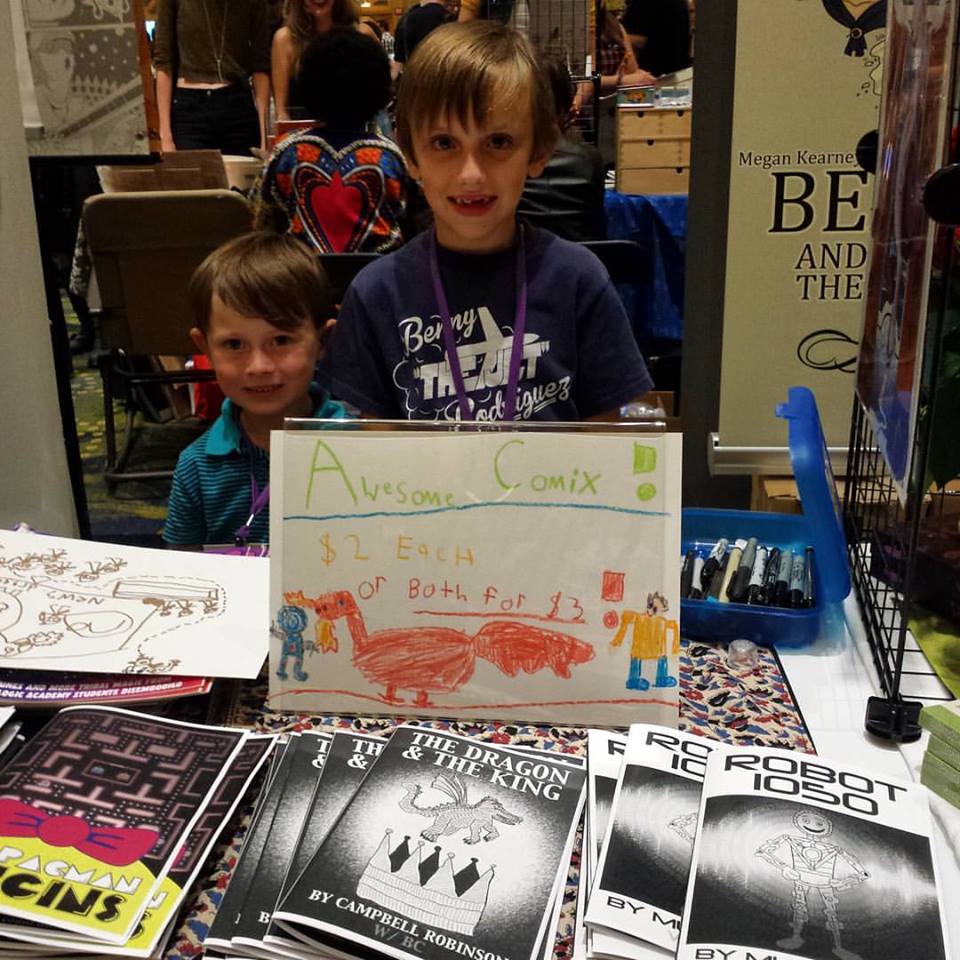 My type of humor right here! I’m not sure what that says about me but I bought more from his booth than anyone else all day. Some of the titles I purchased include “Bigfoot Thinks You Suck” and “How to Befriend a Raccoon and Fulfill Your Life’s Dreams”.

I found Ben’s work some time last year, and have been hooked ever since. Amazing line work reminiscent of certain Moebius pieces, and his current world of Double+ is a story is i want to fully submerge myself into. I can’t wait for more.

One of my favorite finds this year. He was forthcoming that he’s new at this whole comic thing and still trying to figure it out. His first two books were hand drawn, and the third was done on a tablet. 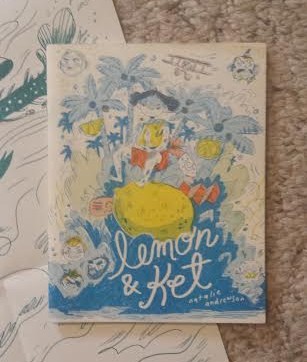 I actually can’t remember how I found Graeme, but his work lead me to Ryan after they collaborated on The Style And Fashion Zine. Awesome layered mixed papers and printing techniques make up an very cool look into Japanese Fashion, and soon other areas too. Both are different, but have similar styles at times. What Graeme does with three colors is insane. Ryan has also created a tremendous scifi series called S.F.

Killian Eng is someone I found at one of my favorite shops in the country (and SPX exhibitor) Floating World Comics. There was a small precursor to No. 5 at their shop a few years back, all it had was a circle on the cover and Object 5 down at the bottom, but inside the circle (and the book) was the most incredible sci-fi worlds I have seen in a long time. 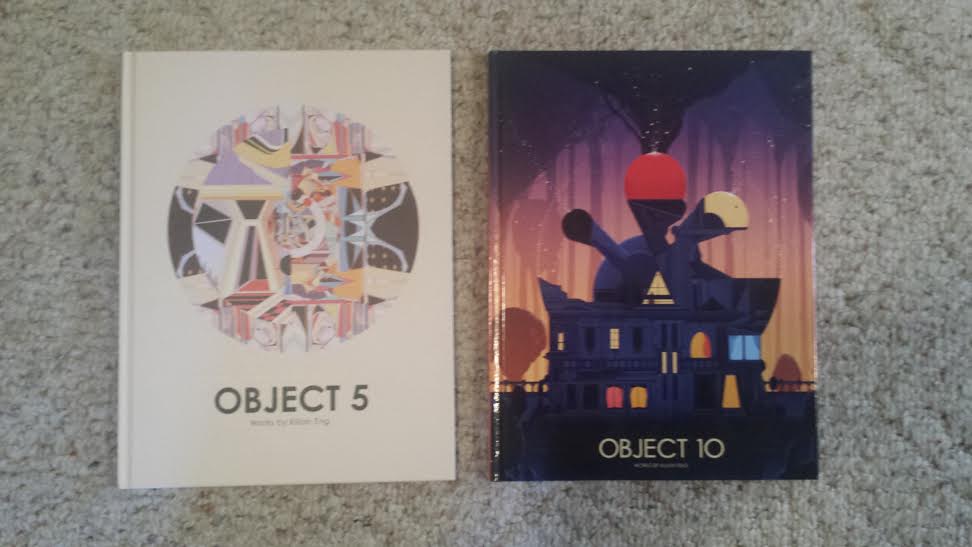 For more info or to attend next year’s SPX head to  spxpo.com 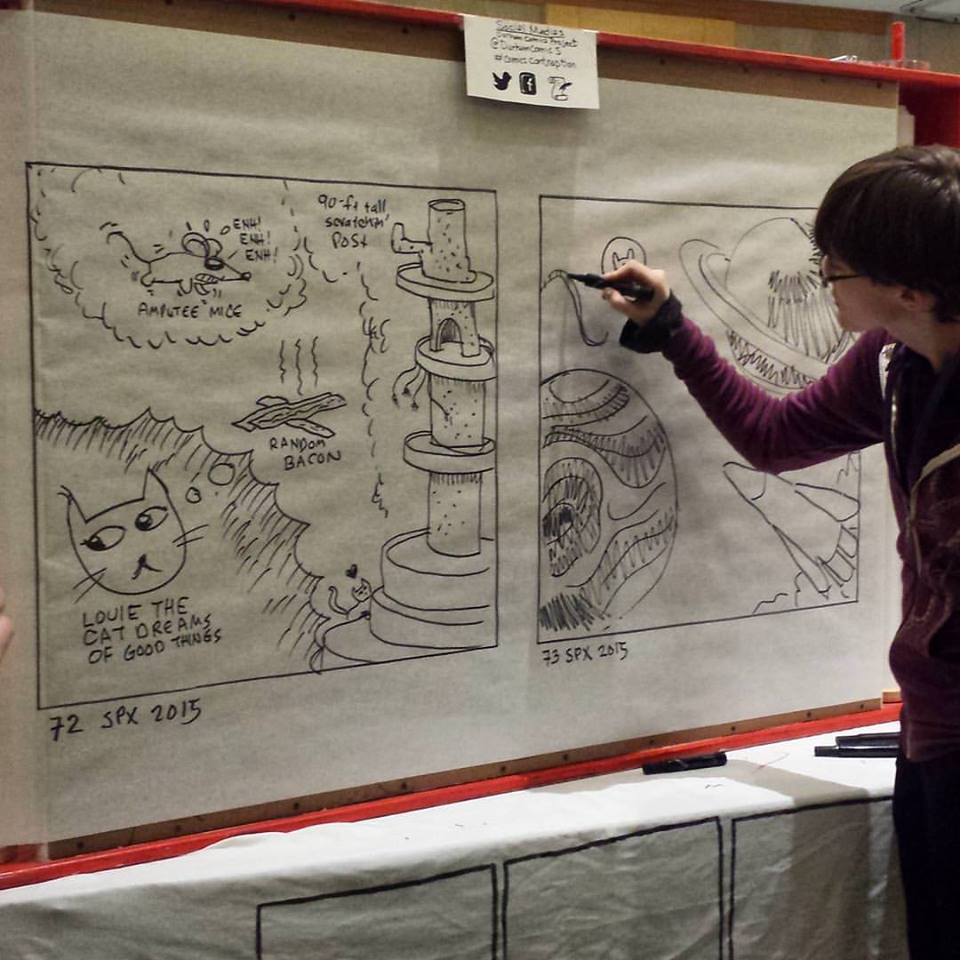