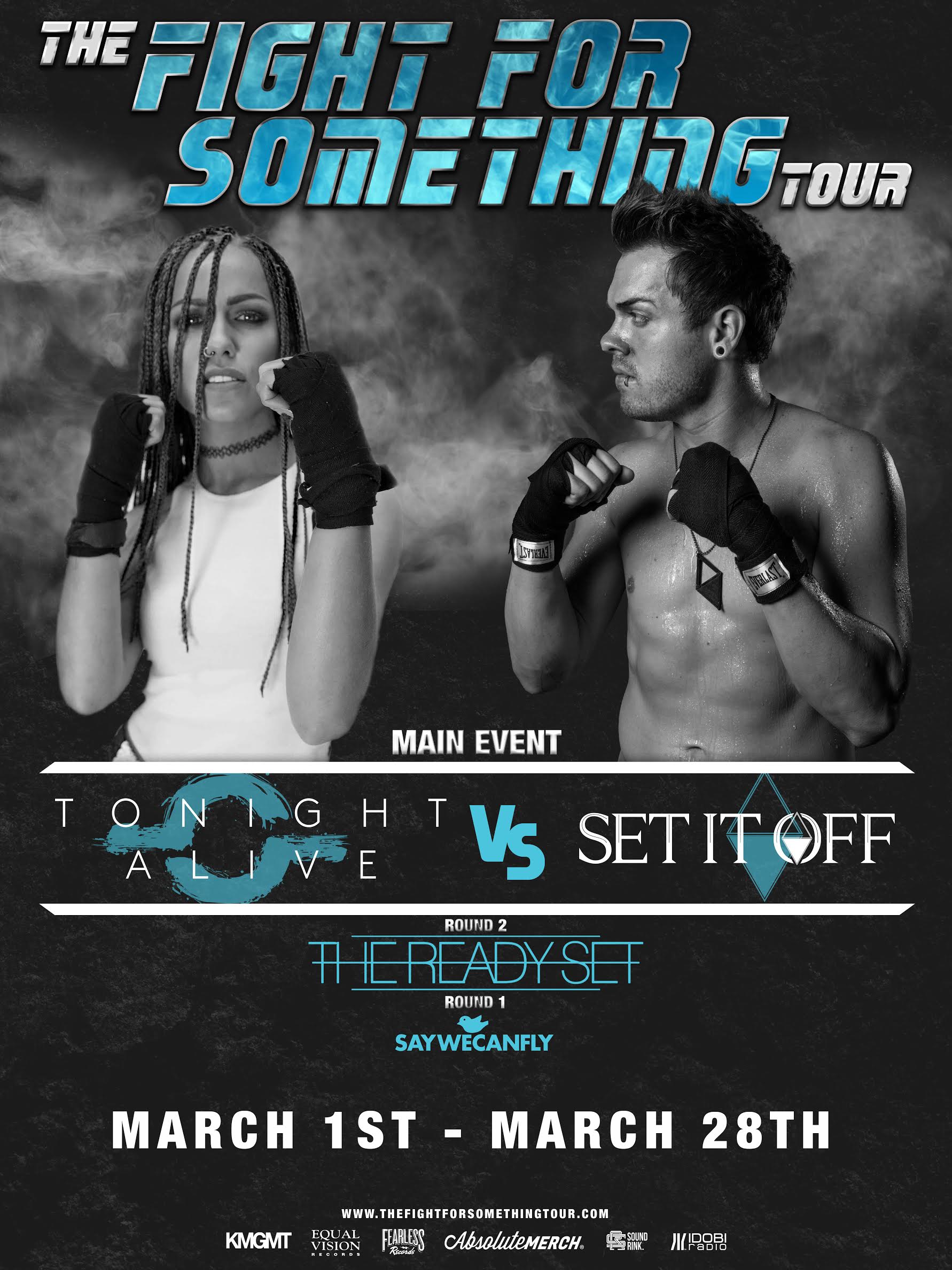 Set It Off and Tonight Alive are embarking on a co-headlining full U.S. Tour this spring! Also on the bill are The Ready Set and SayWeCanFly! Pre-sale begins November 3rd, and regular sale goes November 6th.

Check out the tour dates below and more info here.