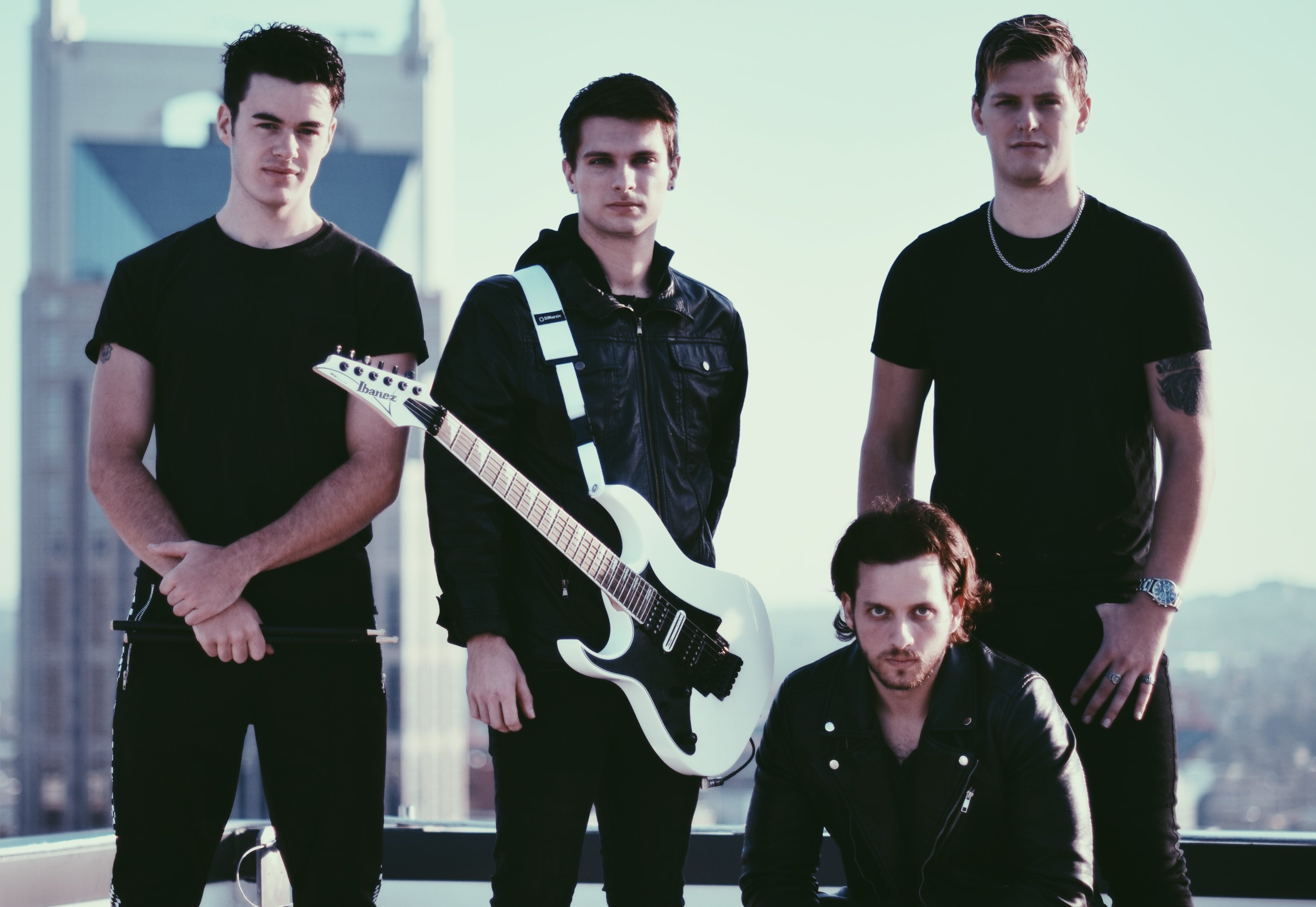 A whole new year is in front of us filled with untold adventures and new memories yet to be discovered. You’re gonna need a new soundtrack to go with it, and you might want to consider taking Nashville’s Carverton along for the ride.

The band is diving into the next chapter of their career by taking a walk on the “Wildside”. Despite the name, their latest song is a sweet, slow melody that paints a picture. “I think this is the kind of song that, as you’re listening, transforms the world around you.” vocalist Kyle Yorlets says. He’s not wrong. “Wildside” feels like a movie. As you wind your way through the track you can almost picture the characters, feel the emotions, and watch the story play in your head.

Of course, this is exactly what Carverton wanted from the song. They’re here to whisk you away to another place entirely. “All of a sudden, that cracked sidewalk you’re walking down becomes the forest floor of a neon jungle. We really tried to cultivate some illustrious imagery with this song,” Kyle continues.

“We spent years in the lab trying to find that sweet spot, blending the ultimate pop and rock milkshake.”

It’s not easy to create such a visual experience, especially when you’re only working with instruments. Carverton’s sound has been in the making for awhile now and it seems they’ve finally got it down. “We spent years in the lab trying to find that sweet spot, blending the ultimate pop and rock milkshake.” Although “Wildside” is a good representation of what to expect from the band, they’re quick to warn that it’s not all they have up their sleeve. “[It’s] the first of those many flavors we’ve come up with!”

So when will you be able to order the rest of the, ahem, Carverton milkshakes? Sooner than you think. The group is gearing up to release their new album Chasing Sounds on March 29, 2019 and you heard it here first. Pre-orders are available now.

Until then, immerse yourself in “Wildside”. The song + video are streaming below, so you can dive into a story you’ll never want to leave. Kyle puts it best: “Wildside is the theme song to that Hallmark Movie they’re eventually gonna write about you.”