Pierce the Veil have revealed the cover art and tracklisting for their upcoming album, Collide with the Sky, which is due out July 16 via Fearless Records.   The band also will be headlining the main stage of this summer’s Vans Warped Tour, and will be doing a UK headlining tour with Crown the Empire (Rise Records).

Check out the artwork for Collide with the Sky below as well as PTV’s UK tour dates. 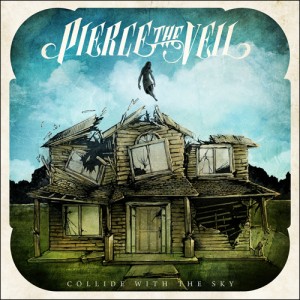