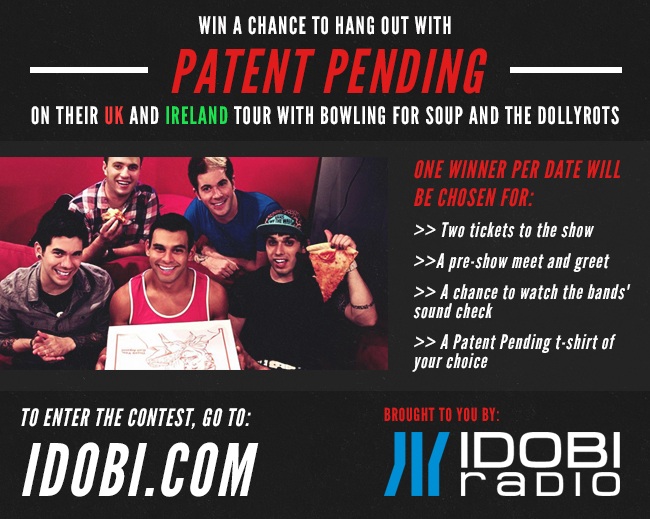 We’re excited to be teaming up with Patent Pending for their UK and Ireland tour with Bowling For Soup and The Dollyrots! Here’s how the contest works.

For each show, one winner will receive:
Two tickets to the show
A pre-show meet and greet
A chance to watch the bands’ sound check
A Patent Pending t-shirt of your choice (here’s their merch store for an idea what they’ve currently got)

All you have to do is tweet to @idobiradio and @PTPGOfficial using the #SecondFamily hashtag AND include the show date somewhere in the tweet. Be creative, because the guys in Patent Pending will be responding to as many tweets as they can. And of course, make sure you’re following idobi and Patent Pending on Twitter.

Winners will be notified a few days before their show via Twitter @reply or direct message from either the band or idobi Radio (@idobiradio). If the selected winner doesn’t respond within 24 hours of notification, we reserve the right to select a different winner. 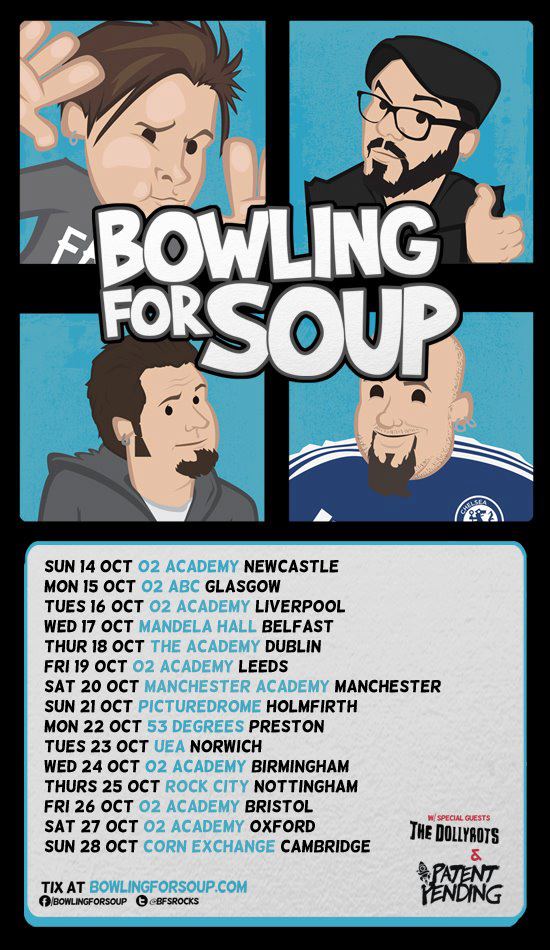 If you still haven’t grabbed your tickets to these shows, you can buy them from BowlingForSoup.com.