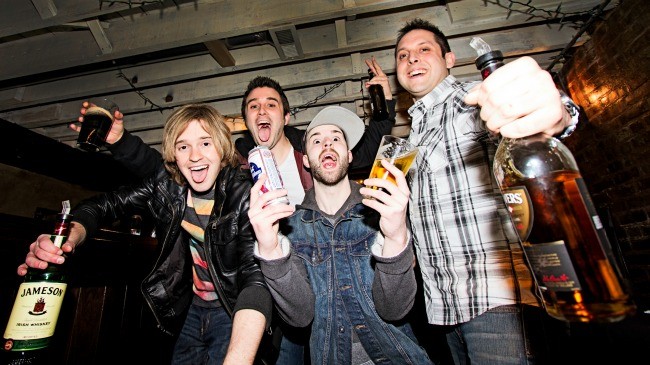 Formed in 2010 at a neighborhood Beer Olympics event (the winners of which, no one knows), One Days Notice have been killing it at Midwest pop punk for half a decade. Today, they have big news to share, that will only prove to shoot them further into the world  of pizza fueled greatness.

After announcing that  they’ve signed to Remember To Breathe Records, the Ohio based band premiered  a brand new track “When I Say When”–but the excitement doesn’t end there. They’ll also be releasing a whole collection of fresh songs with their album  Blackout, set to hit shelves on January 14th. Check out the brand new track below!