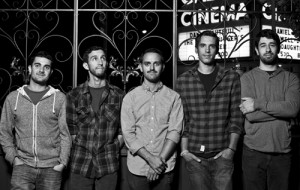 No Sleep Records has signed New England based indie/alternative pop band Long Lost. The band started as an acoustic side project for Joe Boynton of Transit and friend  Vinny Comeau, but has now come to be a full band also featuring  Aviv Marotz,  Mat Morin and Mike Moschetto, all of whom come from the Boston-based emotive hardcore band Aviator. The band is  currently putting the final touches on their debut full-length,  Save Yourself, Start Again, which will be released in early 2013. Statements from the band and the record label can be read below.

“We are beyond excited and thankful to be involved with No Sleep, undoubtedly among the most well-respected labels with one of the most diverse rosters in all of music,” says bassist Mike Moschetto.  “We couldn’t have asked for a better fit and together we can’t wait to introduce our music!”

“When Joe B first played me the acoustic Long Lost songs at Warped Tour last summer I immediately said yes I want to make this happen,” adds No Sleep Records president Chris Hansen.  “So we did thankfully and I could not be more stoked to release the band’s debut LP in 2013.”