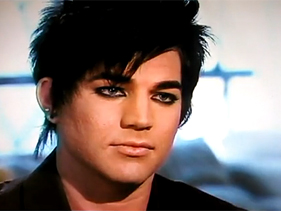 Though ABC has canceled several of Adam Lambert’s appearances in the wake of his controversial American Music Awards performance last month, he appeared on the network Wednesday night as part of Barbara Walters’ “10 Most Fascinating People of 2009” special. And when the “American Idol” runner-up sat down with Walters, he said he still would not apologize for his onstage antics.

He was also quick to point out that one performance does not define who he is as a person or an artist.

“To be honest with you, I just – adrenaline is a funny, funny thing and… I got really excited,” he told Walters. “No regrets.”

As for the fallout that followed his AMA performance, including canceled appearances on ABC’s “Good Morning America” and “Jimmy Kimmel Live,” Lambert said that he is not sure what long-term effect, if any, it will have on his career.

“I don’t think you can really jump to conclusions about me as an artist based on one performance,” he said. “That’s an ignorant thing to do.”

Shortly after this past “American Idol” season wrapped up, Lambert appeared on the cover of Rolling Stone and confirmed that he is gay in his interview with the magazine. He told Walters that it was incredibly easy to decide to come out to the public.

“It was a relief,” he said. “I’ve been open about my sexuality since I’ve been an adult.”

He concluded the interview by saying that it does not matter what his sexual preference is because for him it is being a singer that really matters most.

“I’m a very open book. I kind of wear myself on my sleeve,” he said. “Yes, I am a homosexual. Deal with it… It doesn’t really matter who I’m sleeping with, what matters is my singing, my voice.”