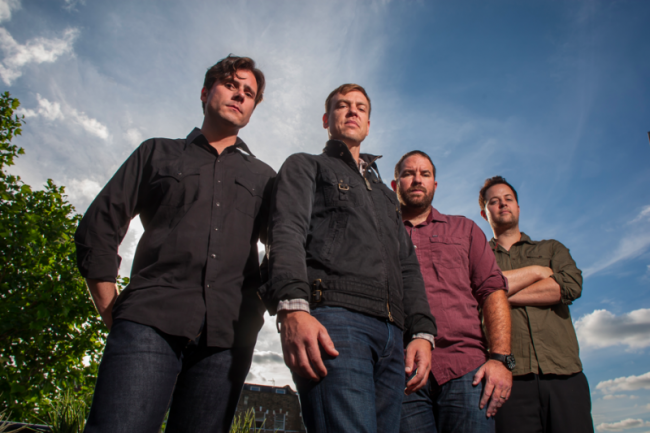 Jimmy Eat World have announced a tour this fall to celebrate the 10 year anniversary of  Futures. The band will play their fourth studio album in full on every date of the tour, which  kicks off October 2nd in Ventura, California. Confirmed dates last through late October, but  the band expects to announce more dates as well.

Additionally, the band will reissue  three of their earlier titles as double LPs via Universal Music Enterprises and SRCvinyl.  Static Prevails, Clarity,  and  Futures will be released on August 19th, September 2nd, and September 30th, respectively. The reissues, sold both separately and in bundles, are available for pre-order from the band’s web store.

Jimmy Eat World are a timeless band that have dominated the scene for most of their 20-year long career.  Futures is one the band’s most popular albums, after  Chase This Light  and alongside  Bleed American. Debuting in 2004,  Futures featured the rock anthems “Pain” and “Work,” which also served as the albums singles. This tour is not one to miss!