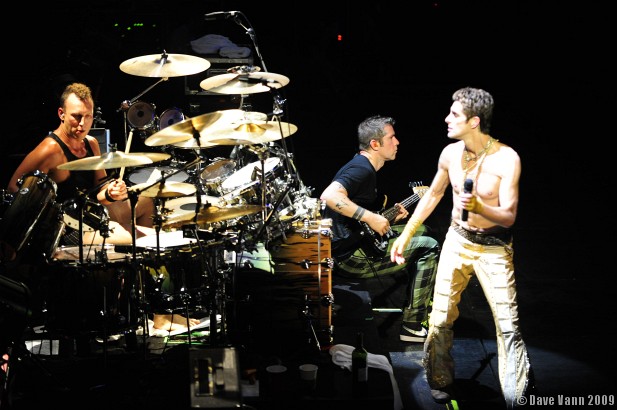 The bass player with Jane’s Addiction has quit the band, and will reportedly be replaced by former Guns N’ Roses rocker Duff McKagan.

Eric Avery, 44, announced his departure through a Twitter message on Monday, hours after the band completed a seven-date Australian tour in Perth

“That’s it,” he wrote. “With equal parts regret and relief, the Jane’s Addiction experiment is at an end.”

Guitarist Dave Navarro confirmed Avery’s departure on Tuesday, saying on Twitter “We wish him all the best!”

Singer Perry Farrell also took to Twitter on Tuesday, offering a more-cryptic perspective: “Slipping out of that shell of a past. Gripping; wow we’re onto something faster now. And so worth the wait. It’s the Art Of Great Escape.”

McKagan, 46, will join Jane’s Addiction in the studio as it attempts to record the follow-up to its 2003 album Strays, according to various unconfirmed reports. Avery had previously indicated he was not writing songs for the album.

Spokeswomen for McKagan and Avery did not immediately respond to emails seeking more information. McKagan’s post-Guns N’ Roses band, Velvet Revolver, has been on hiatus since a messy split with singer Scott Weiland in 2008.

Jane’s Addiction emerged from the Los Angeles rock underground in the 1980s, distinguishing itself from other post-punk groups with Farrell’s sexually ambiguous stagecraft and the musicians’ deft ear for melodic tunes. They recorded just three albums and scored radio play with such songs as “Been Caught Stealing” and “Jane Says.”

But drug-fueled friction led to the band’s demise and the original lineup played its last gig in Hawaii in 1991. The band reunited in 1997 with Red Hot Chili Peppers bassist Flea coming aboard as the first of several substitutes for Avery.

Avery eventually rejoined the band in 2008, when it played its first shows since a 2003 tour was cut short by a flare-up of internal tensions. The band toured with Nine Inch Nails last year.