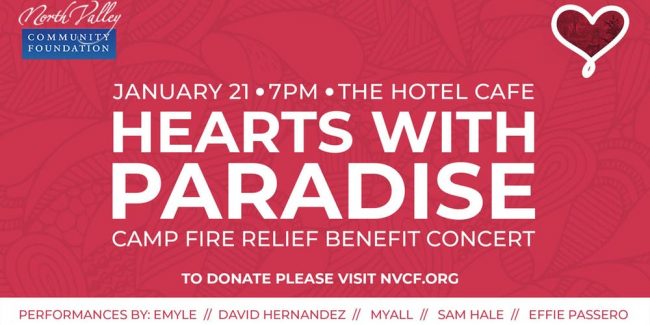 Have a good time while helping out those affected by wildfires—that’s the idea behind Hearts with Paradise, a concert being held in Hollywood, CA at The Hotel Cafe.

During the show idobi family member Miguel Tenicela will be making his debut appearance as Myall, alongside a lineup of American Idol alumni and indie rockers Show up on January 21st to catch Myall, Emyle, David Hernandez, and more.

Tickets are $20. 100% of all proceeds will go the North Valley Community Foundation to benefit the families and communities affected by the Paradise, CA wildfires.