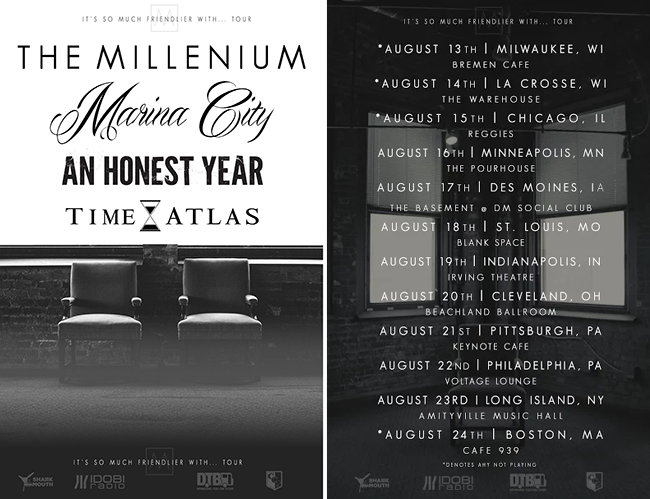 The Millenium has announced the ‘It’s So Much Friendlier With…’ tour, with support from Marina City, An Honest Year, and Time Atlas, and idobi Radio is a proud sponsor. The band’s first headline tour will kick off in Milwaukee, WI on August 13th and finish up in Boston, MA on  August 24th. This is in support of The Millenium’s most recent EP, It’s So Much Friendlier With  Two, which you can pick up here.  This is a summer tour you definitely won’t want to miss, so check out the dates below, and grab  your tickets here!

Tags: An Honest Year, It's So Much Friendlier With Tour, Marina City, The Millenium, Time Atlas