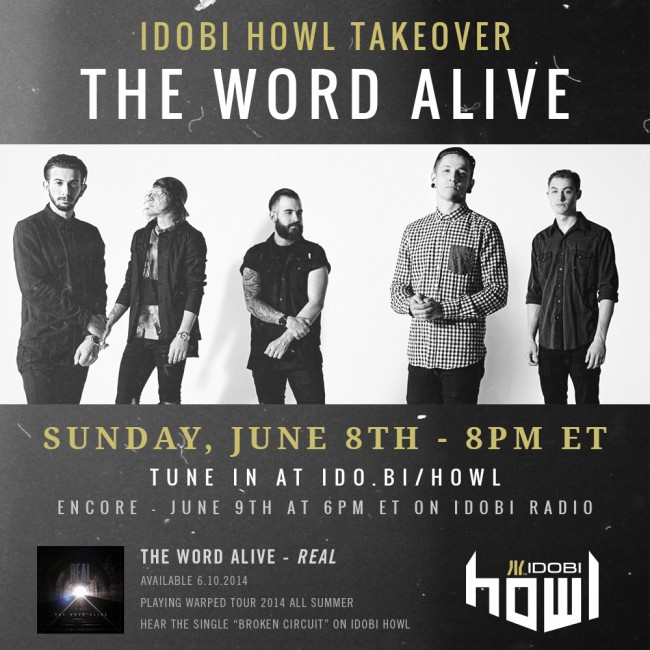 Tune into idobi Howl on June 8th at 8pm ET as Telle Smith from The Word Alive takes over the station to play the band’s new album Real, and discuss  the record in depth for listeners.

Real will be released on June 10th in the US, and June 9th in the UK.

As you head to Warped Tour 2014, be sure to catch the band playing all summer long, and listen to Warped idobi Radio for the band’s appearances on idobi!

You can pre-order the album on iTunes now and receive the song “Broken Circuit” as an immediate download.