I’m not going to get over it. I will never let go. The music is supposedly supposed to be meant as a Blink-182 track, and the video is filled with anger directed a drum sets and a bass guitar! Real subtle, DeLonge. Seriously considering getting him a kiddie pool for all of his tears at this point. In all honesty, it’s just bad form to force your band’s hand and then come out with a music video that seems as if you are blaming them completely. I tried to watch the whole thing, but I gave up. So if you want to watch the monstrosity it’s below. One day, I’ll get tired of ranting about this, but today is not that day.

Spencer Smith Left Panic! At The Disco And My Heart Hurts

This week saw one of the best musicians I grew up listening to, Spencer Smith, 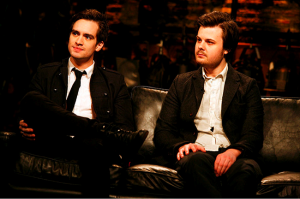 leave Panic! At The Disco. It’s hard to imagine that now Brendon Urie is the only original member of that band left. However, Spencer’s decision is a mature one that only someone who has grown up could make, and as much as it hardcore sucks for the rest of us, Spencer’s doing what’s best for him. It’s all we can ask for (besides a reunion of the original line-up on September 27th for the five year anniversary of A Fever You Can’t Sweat Out because a girl can dream, and that’s exactly what I’m going to do).

Brand New Is Finally Being Productive

Apparently, people have finally been 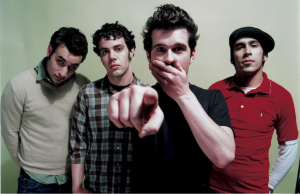 getting their lyric booklets for The Devil and God Are Raging Inside Me after you know, only nine years of waiting. We can also be excited because apparently those demos from 2005 will also be released. I hope this means we can assume Brand New is going to be a fully functioning band again and we’ll get real things out of them… Like—just throwing the idea out there—a new album? Or a full U.S. tour and not just random dates? Maybe I’m hoping for too much, but I have a tendency to do that when Brand New is involved. Here’s to hoping for the best, and a new album.

Everything cool happens in my city when I leave it. 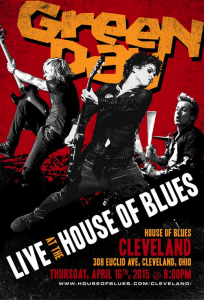 But, THIS is awesome because Green Day is playing their first show in OVER A YEAR in Cleveland on April 16th. It’s to coincide with their Rock and Roll Hall of Fame induction. It also happens that Fall Out Boy will be the ones to announce their induction. So, I really hate myself for moving away from Cleveland right about now. But really, it’s going to be a great show that is already sold out. So to those of you lucky enough to go–I am jealous and don’t want to know. For everyone else, we can all drown ourselves in ice cream together, wishing we were there.

Normally, I don’t like to talk about things like Front Porch Step because I don’t like fueling the drama. However, I read this and couldn’t help but want to ram my head through a wall. The problem with Jake–who I honestly never listened to in my life even at shows he was at, I didn’t watch because I went through my naive “must like everything” phase a long time ago–is that he plays the “nice guy”, when in reality, he’s a jerk who is angry that he can’t get a certain type of girl. (By certain type, I mean legal.) Front Porch Step made his music about girls he didn’t feel good enough for, and in turn, made young girls feel bad for him. He then used his power to manipulate young girls into sexually explicit situations, and instead of apologizing, he decided to tell us all it was consensual and that the only thing he did wrong was not tell the girls he was texting that he was speaking to other women. His hopes for a future career should be shattered. We’ve come a long way from allowing people to exploit their fame to harm young women in this scene, and he shouldn’t be an exception.