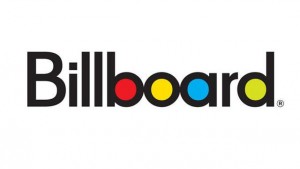 standard, many people in our scene posed the question if we need to rethink the way Billboard included streaming into it’s tallies. Right now, every 1,500 streams of a song off an album = 1 album sale. Thomas Nassiff of Absolutepunk wrote a wonderful short piece on the matter. In my opinion, it’s crap. A successful single does not an album make. If that were true, Vanilla Ice would have probably been much more successful and have never gotten arrested for stealing. So, how can a streaming chart discern one hit wonders from actual artists with longevity? Even the UK debunked Billboard’s model in fear of this. Instead, they take the two most streamed songs from an album, and weight them so they don’t overly influence the charting process. It’s going to be a bit tricky to figure all of this out, but it’s progress, and can definitely be improved.

Sounds like a good Fall Out Boy song title, I know. And Pete Wentz was the first person who pointed out that Luke Skywalker says, “My dad has it,” not had it when speaking about The Force. Does this mean Anakin is alive? What about Padme? Is there some giant resurrection we will see?! Also, who is Luke talking to? Is it his son? WHO DID HE MARRY? HE’S A JEDI. Is it his nephew? (Also likely, but he says “my sister” not “your mom” so…) I need answers. NOW. Basically, I’ve been waiting 12 years for these moments, and if you actually haven’t seen it, I’d like to know why in essay form. Star Wars > Everything. Watch the trailer below, you will. Watch without tearing up or going insane, you must. May the Force be with you.

Three Girls from Mexico Are Doing it Right

Want to see more female acts make it big? This is how it happens. Meet The Warning. Have you seen their cover of Metallica’s “Enter Sandman”?! 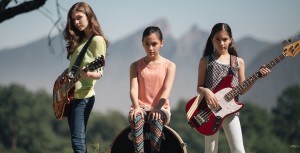 (Watch below, and remind yourself that the bassist is TEN and you will never be as cool.) The band consists of three adorable sisters. Dany, 16, who plays guitar and sings lead. Pau, 13, who drums and sings. And Ale, 10, who plays bass. It’s amazing to see such young talented girls kicking ass. Their band was signed by another kickass female, Victoria Morales-Kuhne, who owns Victoria Records. Oh, and they’re planning on going to Berklee College of Music this summer to study music because they believe they can grow. You can help them out with tuition money and buy their EP, Escape the Mind, while you’re at it.

I have a hardcore love/hate relationship with DC comic movies… and their casting.. and their directors… and basically everything they did in their cinematic universe before these last two reboots. Henry Cavill is Superman—he proved himself. And hats off to DC for not making a corny Superman who is a silly goody-two-shoes. What scared me (and probably the entire population of Earth) about this movie was the casting of Ben Affleck as Batman, but this trailer has given me SERIOUSLY high hopes for this movie. Like ridiculously high, and you should watch it because it wins. I’m very excited to see the Justice League franchise FINALLY coming to life.

What’s on My Mind This Week

I write a lot of articles about women (or the lack thereof) in the music industry. This is because I truly believe that we are capable of change, especially in this scene. There are so many amazing young women who deserve the chance to see their role models at the forefront for what they want to do. This week, Slate published an article after Bjork did an interview with Pitchfork and brought up the fact that she had to finally stand up for her rights as a producer. 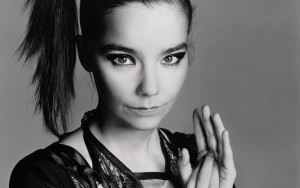 The Slate article dug a bit deeper and brought up plenty of women who have called out journalists, reviewers, and the public on lack of recognition. Including: Solange Knowles, Neko Case, Taylor Swift, and more. All have publicly noticed the issue, and all of them are recognized worldwide. Music is art. Music knows no gender, age, race, or appearance of any kind. What you have—or don’t have—between your legs does not determine your ability to connect with music, or to create it. From the abuse of females in fanbases (I think we all know who I’m referring to), to the automatic assumption that men are needed in every step of the recording process, to the “we don’t want girls on tour because it’s drama” mindset a lot of bands have, there’s still a long way to go in music. But, our scene is usually the first to break barriers, and we have started so many trends in the music industry at large, so why not start another? Let’s cut the bullshit here, and remember our manners. Ladies first. Viva la Warning.