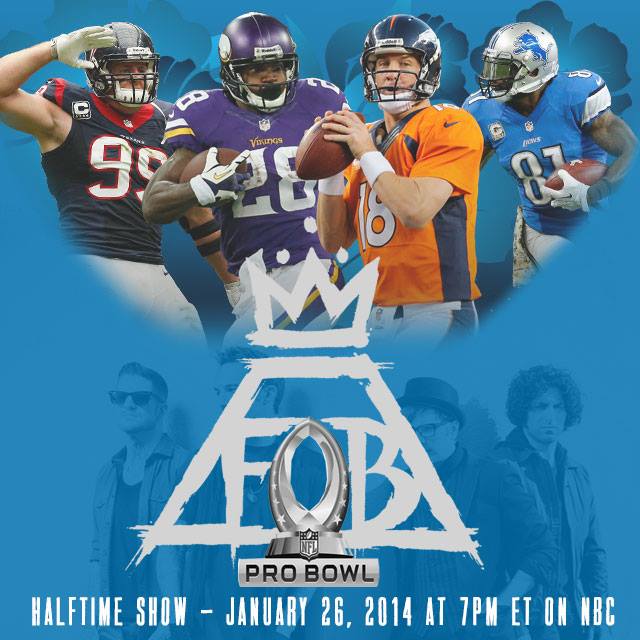 Fall Out Boy announced today that they will be playing at the 2014 NFL Pro Bowl halftime show in Hawaii. The game is on January  26th and will air on NBC at 7:00 PM (ET). Just a few short days ago, Fall Out Boy announced that they will be touring with Paramore on the MONUMENTOUR this summer. Check out our full post about the MONUMENTOUR here  and be sure to catch them at the Pro Bowl on the 26th!