Artist vs Poet are streaming a brand new song called “Medicine” on their Soundcloud page. The band have also teased a new album and track listing on Facebook. This new album, tentatively titled  Medicine, follows the band’s previous release  Sake of Love, which released in March. Check out the new song and see the band’s track list tease below! 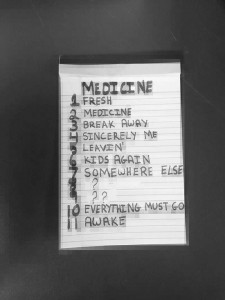