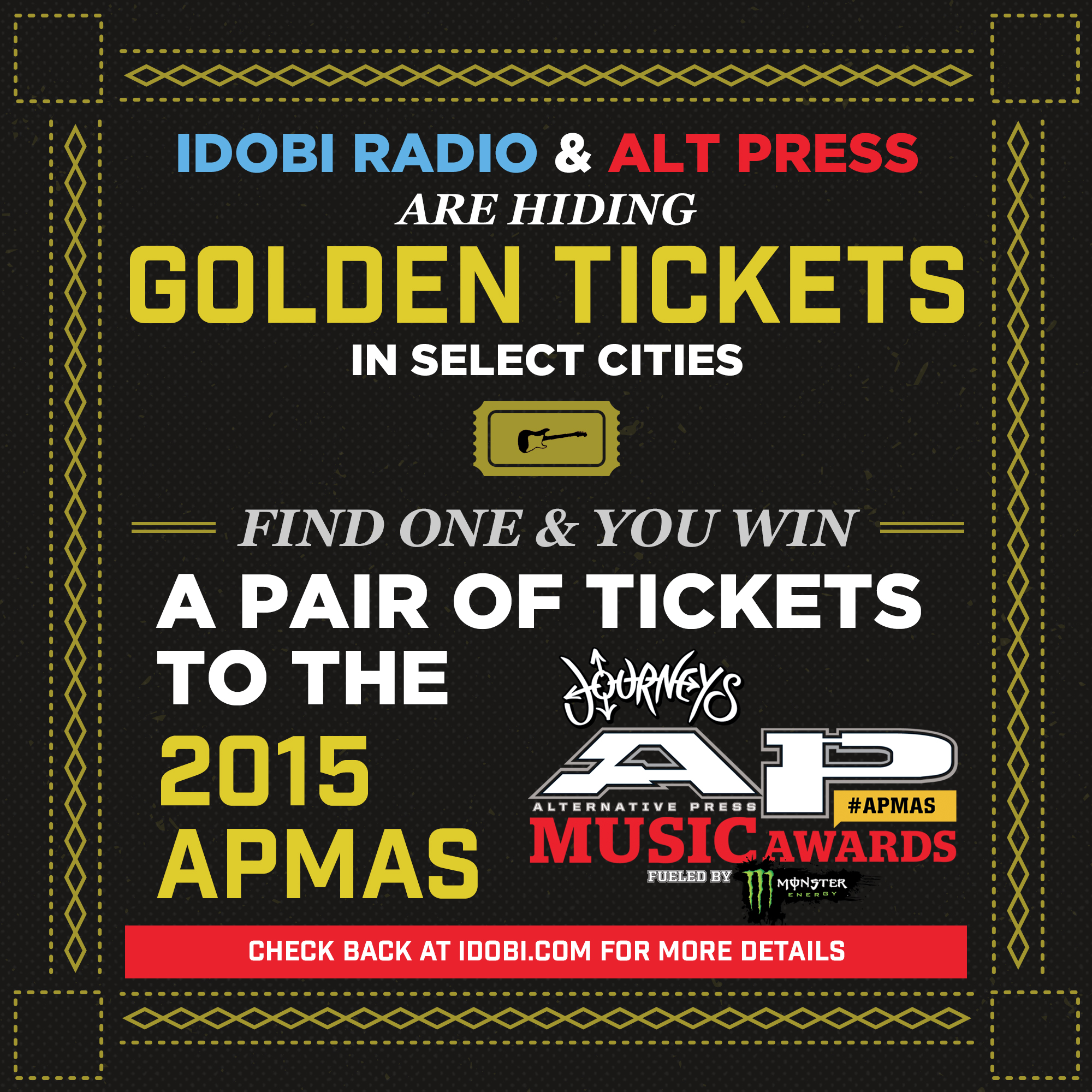 Summer is right around the corner, and you know what that means… the annual Journeys Alternative Press Music Awards, fueled by Monster Energy Drink are almost here, and idobi Radio is the official station for the second year running. We want you to join us! Starting the first week in June we’ll be giving away six “Golden Tickets” for you and a friend to come take part in the festivities on July 22nd at The Quicken Loans Arena in Cleveland, Ohio.

You can find these golden tickets hidden across New York, Chicago, Detroit, Columbus, Pittsburgh, and Cleveland, using our Instagram, Twitter, and social media  posts and clues. If you get your hands on one, email us a selfie holding the ticket to [email protected], and we’ll take care of the rest.

The APMAs will feature performances from Weezer, Panic! At The Disco, All Time Low, New Found Glory with Hayley Williams, Taking Back Sunday, Simple Plan, Halestorm, Black Veil Brides, Sum 41, Motionless In White, and many more of your favorite artists. The full list of nominations, performances, and appearances can be found at altpress.com/apmas.

Ready to join us? Stay tuned to idobi Radio and idobi.com for clues over the coming week and your chance to win!