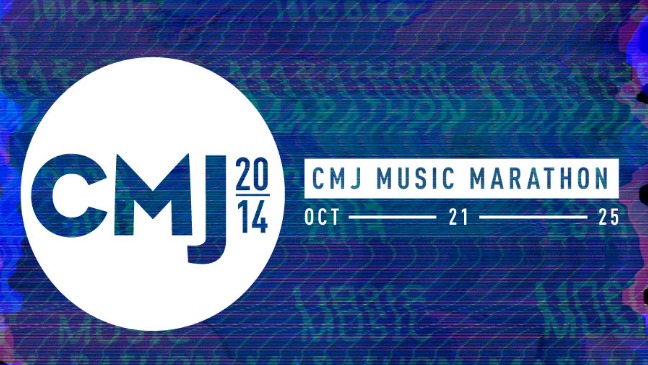 And now  for the Wednesday issue of The CMJ FourPlay.  Each day, idobi Radio brings  you four can’t miss events from the  CMJ Music Marathon. 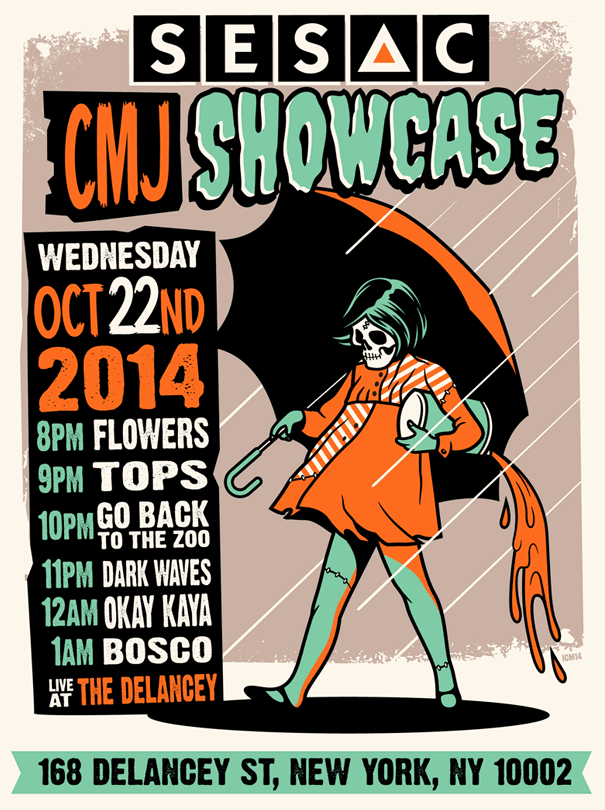 This is definitely an official CMJ showcase not to miss. With CMJ favorite, Canadian indie-rock band TOPS on top the bill we give this one a thumbs up. As a bonus, the Lower East Side venue was named one of NYC’s best “non-douchey rooftop bars” by Time Out New York magazine. Sesac is also one of the sponsors for a free unofficial day party featuring some pretty rad bands including (personal favorite) Scottish rockers PAWS. Both showcases boast diverse lineups that are sure to make for excellent listening experiences (and kick ass parties). (Alyson Stokes)

The Color Of Noise – Film Screening

If the underground noise of the 90s catches your attention, the way it does ours, The Color Of Noise documentary screening and Q&A session will pique your interest with the story of one of the greatest labels in the genre: Amphetamine Reptile Records. Stop in to the NYU Kimmel Center to catch the film screening, and ask director Eric Robel and label owner Tom Hazelmyer all of your pressing questions. (Emillie Marvel)

Tonight’s showcase at the Cake Shop from Force Field PR has some pretty varied acts, but they all bring something fresh and exciting to the table from all different corners of the world. Swedish dreampop trio Simian Ghost are wildly popular in their native land while the Scotsmen in PAWS wear their hearts on their sleeves with their scrappy sort of emotionally-charged punk. London’s CYMBALS aim to make you dance and Slumberland Records signees Literature have a distinctive indie-pop sound with hints of garage rock thrown in for good measure, and their latest album  Chorus  is a must-hear. All of that combined with Louisville’s psych-rock White Reaper and J. Fernandez’ atmospheric vibes make it a varied, but beyond solid night of music, and it’s incredibly cheap as well at $10 – or free if you’ve got a CMJ badge. (Tarynn Law)

Although it’s technically not a “showcase” in that it’s a tour that has been selling out venues like crazy, San Fermin and Courtney Barnett’s co-headlining tour is one you won’t want to miss. Somehow, San Fermin manage to squeeze 8 people on one stage each night (including a trumpet player, violinist, and saxophone player) and have an undeniable chemistry that lends itself well to their The National-meets-serotonin sound. Courtney Barnett’s straight-forward, punk influenced indie rock is a pretty stark contrast to San Fermin, but together they’ll bring you one of the most solid nights of music of CMJ.
(Tarynn Law)
San Fermin/Courtney Barnett/Mikhael Paskalev is at Webster Hall,  125 E. 11th st // 7:30pm // 16+ // $20
Tags: Amphetamine Reptile Records, CMJ, CMJ Music Marathon, Courtney Barnett, NYC, PAWS, San Fermin, screening, showcase