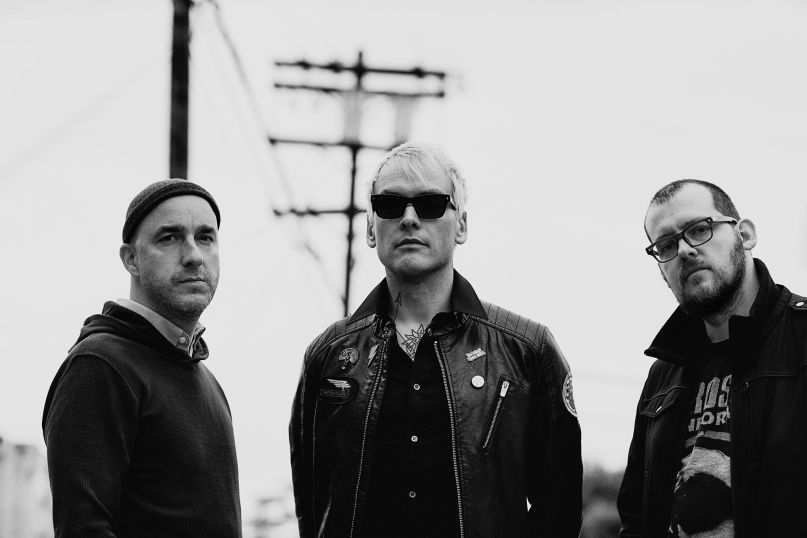 Alkaline Trio have released the title track to their forthcoming album Is This Thing Cursed?. The song, which is anthemic and beautiful in its dark creation, was released Tuesday morning (8/7).

“Is This Thing Cursed?” is the second song to be released after their first single, “Blackbird”, streamed the day the album was announced. The collection is aimed to be released on August 31st and will include 13 raw tracks from the legendary Chicago punk rock band.