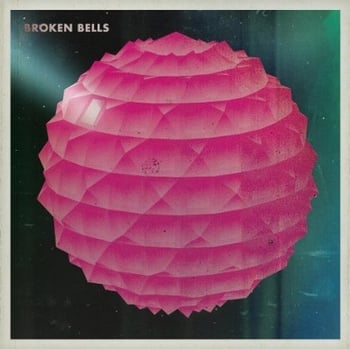 The idea of a collaboration between The Shins frontman James Mercer and DJ Danger Mouse seemed a bit absurd at first. Although each artist’s previous work has been nearly flawless, it was a bit hard to imagine how the two styles could possibly mesh. But even amid high expectations, the duo has without question delivered a solid, top-notch album.

Danger Mouse, a talented producer whose work spans a myriad of different musical styles, is already well established in the industry. After gaining mainstream popularity after his Beatles remix White Album became an Internet hit, he went on to produce the Gorillaz’s second studio album Demon Days for which he received a Grammy nomination for producer of the year. In 2009 Paste Magazine named him producer of the decade.

In the meantime, Mercer has came upon incredible success as the singer/songwriter of indie-rock band The Shins, which so far has released three critically acclaimed studio albums. In addition Mercer has two featured songs on the Grammy award-winning Garden State soundtrack.

On this album, no doubt one of the strongest of the year so far, the duo has performed beautifully. “The High Road” serves as a great introduction, with soothing multi-layered vocals and beautiful lyrics weaving in and out of hypnotizing drum beats, synths and various other instruments. When asked to describe their sound, the duo noted, it was “melodic, but experimental, too.”

“Sailing to Nowhere” is one of, if not the best songs on the album. A perfect combination of Danger Mouse’s trippy and hypnotic beats and Mercer’s s incredible vocals, the song is carried by introspective lyrics which make it sure to be a fan favorite. Similarly, “The Mall and The Misery” is a strong closing track for a great album. Lines like “Use your intuition / It’s all you’ve got / Keys are revving / There’s a dozen locks / Standing your way/ So goes the gold age / To your entire life” stand out as examples of brilliant lyrics that mix perfectly with the musical backing.

If nothing else, this album demonstrates that Mercer and Danger Mouse are both musical geniuses at the top of their careers. The duo has already been confirmed to be working on its second studio album, and if its debut is any indication of what’s to come, then there is definitely reason to be excited.

Broken Bells showcases exactly the type of music that major labels should be trying to release in order to win back those who have given up on them. While it may seem implausible, there are moments on this album that are reminiscent of Radiohead. That is not to say the music is composed in a similar style, but rather that both bands have the ability to write eclectic and unique songs that still contain strong elements of pop. In this case, Mercer and Danger Mouse have produced an album that both casual music listeners and hipster indie fanatics alike will be able to appreciate and enjoy.

Broken Bells can be purchased on iTunes.