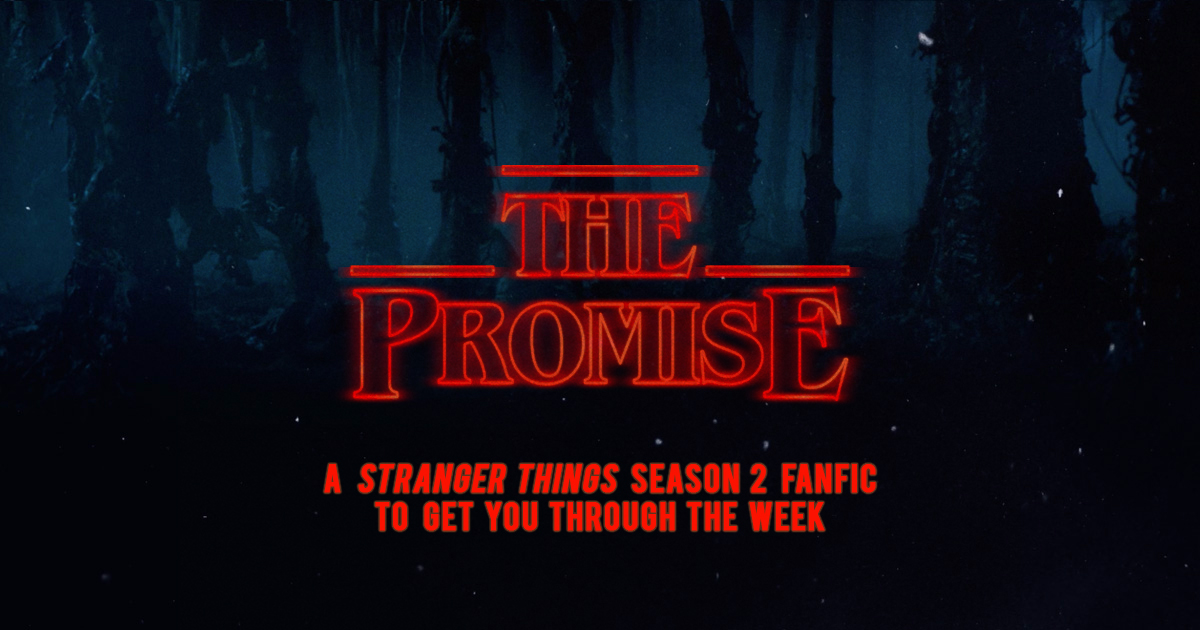 You’re about to get lucky this Friday because we’ve got a fanfic appetizer for Season 2 of Stranger Things. Geek Girl Rioters, Monique and Sherin aka MoRin have penned a spec script for their version of the second season opener of the beloved yet creepy 80s inspired paranormal series.

“The Promise” (written in May 2017) isn’t affiliated with the Stranger Things series or Netflix in any way but it will definitely help hold you over until Oct 27 when season 2 drops. Think of it as a little love from your girls at GGR—with pics to make it feel real. Read “The Promise” exclusively right here on idobi.com:

“The Promise” Description:
Will is sick, Eleven is missing, and Mrs. Wheeler is having a nervous breakdown. Things have gotten very bad in Hawkins, Indiana and they’re about to get stranger…because sometimes “they” come back.

Previously on STRANGER THINGS:
Season 1 ended with major losses and an uncertain future– which somehow looked a lot like a happy ending. Police Chief Jim Hopper finally shook his depression, but a shadowy limousine picked him up for a conversation he couldn’t refuse. Will Byers was rescued from the twisted alternate reality known as the Upside Down, but he’s secretly coughing up slugs. Our four “Goonies” Mike, Lucas, Dustin, and Will were reunited, but Eleven (our psychically gifted hero) sacrificed herself to save them. Which makes us wonder why Chief Hopper keeps leaving Eggo waffles for her. The Demogorgon (the killer monster from the Upside Down) was eradicated by Eleven, but Hawkins Lab continues to cover everything up. Things have gotten very bad in Hawkins, Indiana and they’re about to get stranger…