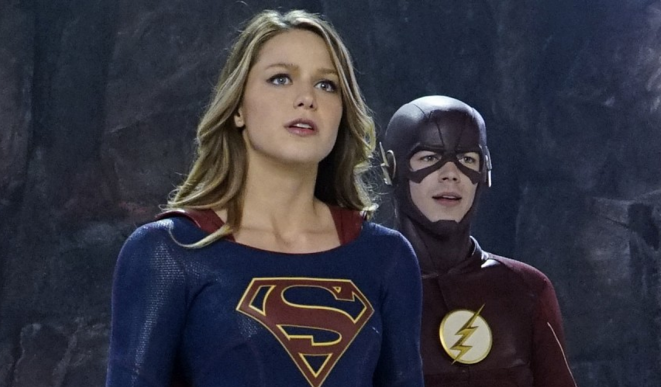 In tonight’s episode of Supergirl,  The Flash‘s  Barry Allen (Grant Gustin) will visit Supergirl aka  Kara Danvers (Melissa Benoist) in  the first crossover between the two shows. With two of the fastest superheroes in the DC universe going head to head, expect  a race of epic proportions. But who will win? Listen below to hear  Geek Girl Riot‘s  Day Al-Mohamed  tell you how she  thinks the race will turn out, and don’t miss tonight’s  crossover episode, ‘Worlds Finest,’ tonight at  8pm on CBS!