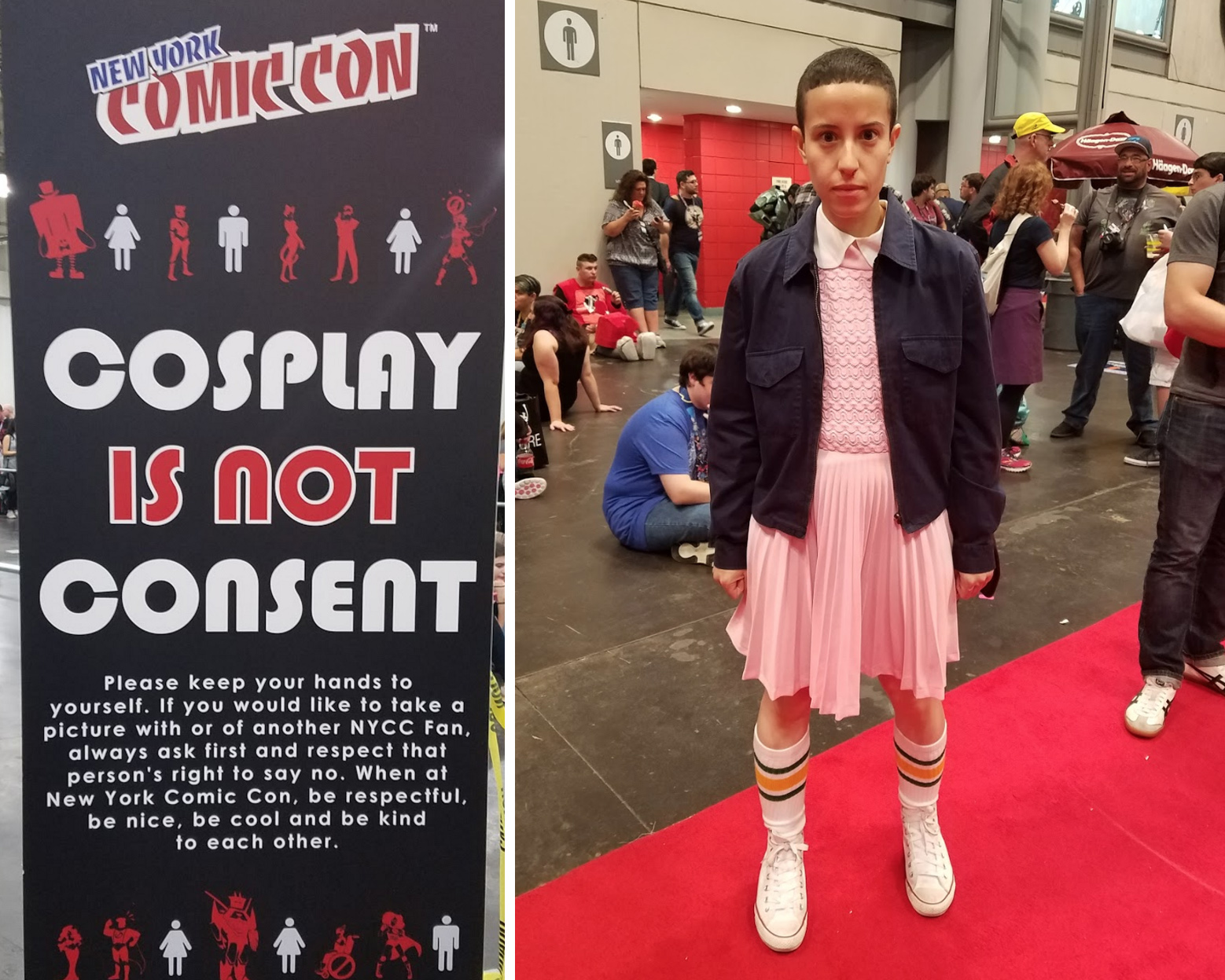 Offsite venues meant more manageable crowds inside the convention center and a better chance of getting into more popular events. All offsite venues were within a short walk of the Javits Center and included The Theater at Madison Square Garden, the Hammerstein Ballroom, Hudson Mercantile and the AMC Theater on 42nd Street. There were also shuttles run by NYCC and electric cars sponsored by Verizon and run by Gotcharide giving free rides from Javits to the additional sites.

Charging stations were plentiful throughout the main venue including many larger vendors having multiple charging stations set up. The AT&T booth even had lockers where you could drop your phone off for charging and pick it up later so you didn’t have to miss out on the con while waiting for your phone to charge.

Anti harassment and “cosplay is not consent” signage was prevalent throughout all venues as well as shown onscreen between panels and events. NYCC has done a great job of making it clear what is and is not acceptable behavior at the event.

Entertainment is something NYCC is best known for. From the panels to Artist Alley to the show floor there is so much to see and do it’s at times overwhelming. HBO’s Westworld gets high marks for having multiple events throughout the weekend including: a VR experience, a booth where you could book your “trip” to Westworld, and a panel. There were also events held in the days leading up to the event and in the evenings after the convention closed for the day.

Cosplay is always a highlight of New York Comic Con, with Stranger Things cosplay being especially popular over the weekend. 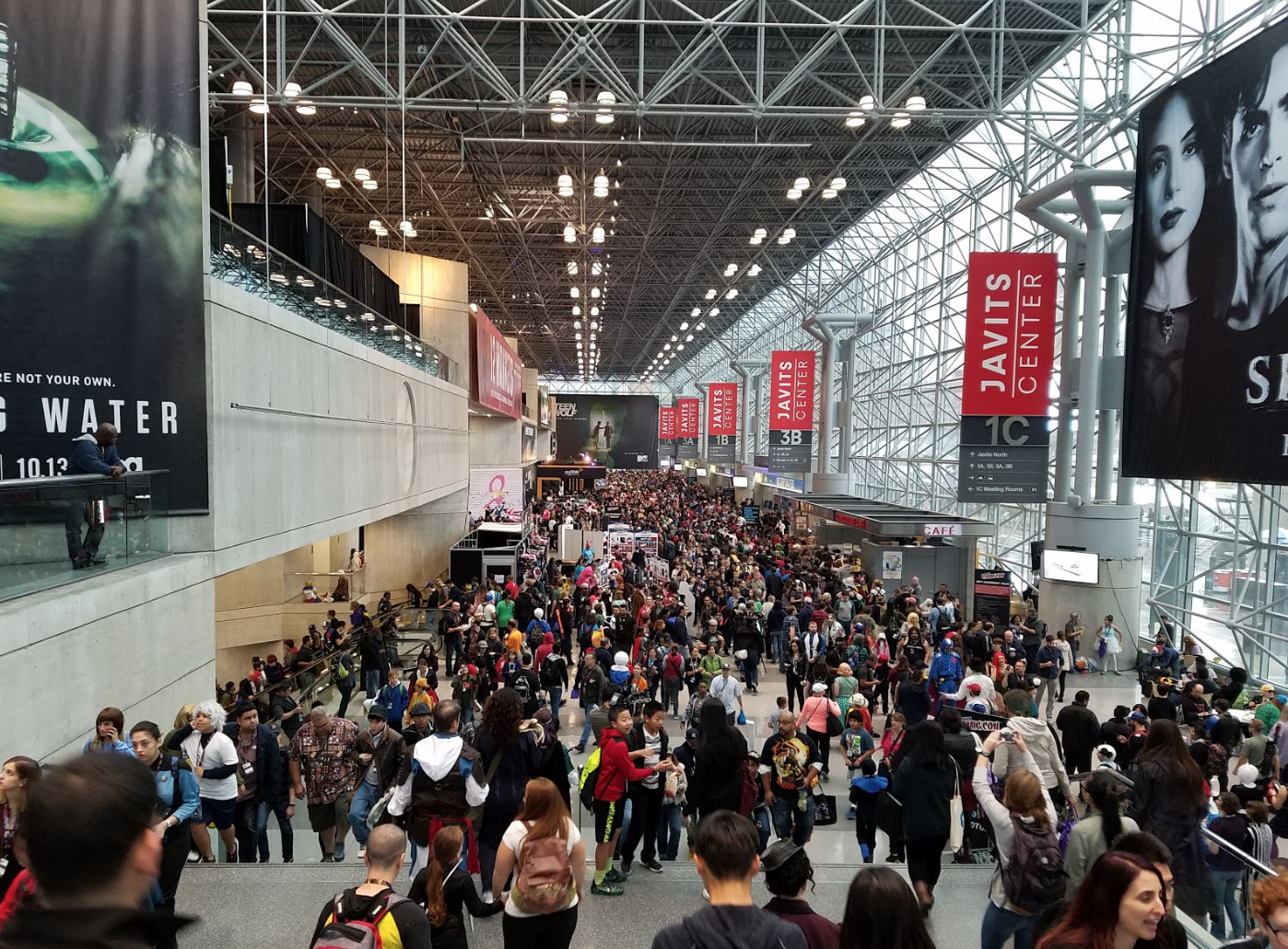 As the event has grown over the years the number of staff has also grown. It can be difficult, especially with the volunteer staff, to ensure that everyone is well informed and helpful. Some staff, such as in the autographing area, did not seem to know what the process was for autographing. Other staff working lines were at times abrupt with attendees. Another issue was that security did not seem to be able to keep up with the numbers of people coming through the doors. Some people just skirted by crowds and their bags were never checked. There also were problems getting the lines into the convention center on Friday morning, resulting in unhappy attendees waiting up to four hours to enter.

Street badges: While NYCC has done a lot to eliminate counterfeit badges and scalpers with their fan ID and RFID systems, there were still scalpers on every block leading to the Javits Center. For those who scramble through the online process of getting and paying for a badge it is infuriating to still see badges being sold on the street and never knowing for sure if the verification system is actually being used effectively.

Overall the good far outweighs any small glitches in the system and NYCC can be better described as The Good, The Better, and The Awesome. It’s an event we look forward to returning to every year.