It’s so easy to feel disconnected, despite the age of now–sometimes we’re so caught up, watching a moment scroll by on social media that we forget to actually live in it. Creating a real and meaningful connection can be a daunting task these days, but Young Natives are here to accept that challenge, chanting their own personal mantra of “Create/Love/Inspire” every step of the way. The indie/alternative rock band from Pensacola, Florida have figured out what life is really all about–creating new connections, finding love in a sense of belonging, and seeking out ways to inspire (see what I did there?)–and they’ve poured it into every note. The result? Songs so captivating they’ll take you to the gorgeous Florida beach horizons Young Natives see everyday, and you’ll never want to live anywhere else.

Behind this seemingly effortless design of dancefloor-ready hooks is a band of driven musicians, lead by main songwriters, vocalist Cory Hiamovi, and guitarist Chris Keranen. When they call, Cory and Chris are parked outside a hospital, taking a well-earned break from running errands (none of which were dangerous enough to land them in such a place–I checked). The pair have an easy dynamic, picking up where the other leaves off and joking around in a way only good friends can.

“For us, it was never an option to not succeed. So we’ve always just continued pushing ourselves as writers, as a group, and individually, since.”

“Me and Cory go way back. We’ve been friends for twelve years now. We just kind of randomly met when he moved to town and our personalities clicked,” Keranen says. In fact, Young Natives isn’t the first time the two have collaborated; they’ve been playing in bands, touring, and writing together for years. Creating music has always been their biggest passion; so even when past projects didn’t work out, the pair never gave up. “For us, it was never an option to not succeed. So we’ve always just continued pushing ourselves as writers, as a group, and individually, since.” And it seems Young Natives is finally the creative headspace where they can really explore. “A lot of songs we’ll initiate separately, and then we’ll come together and finish it up and bounce ideas together on where we feel the song should go from there,” Chris muses. “But lately we have actually been doing more writing together from scratch.” 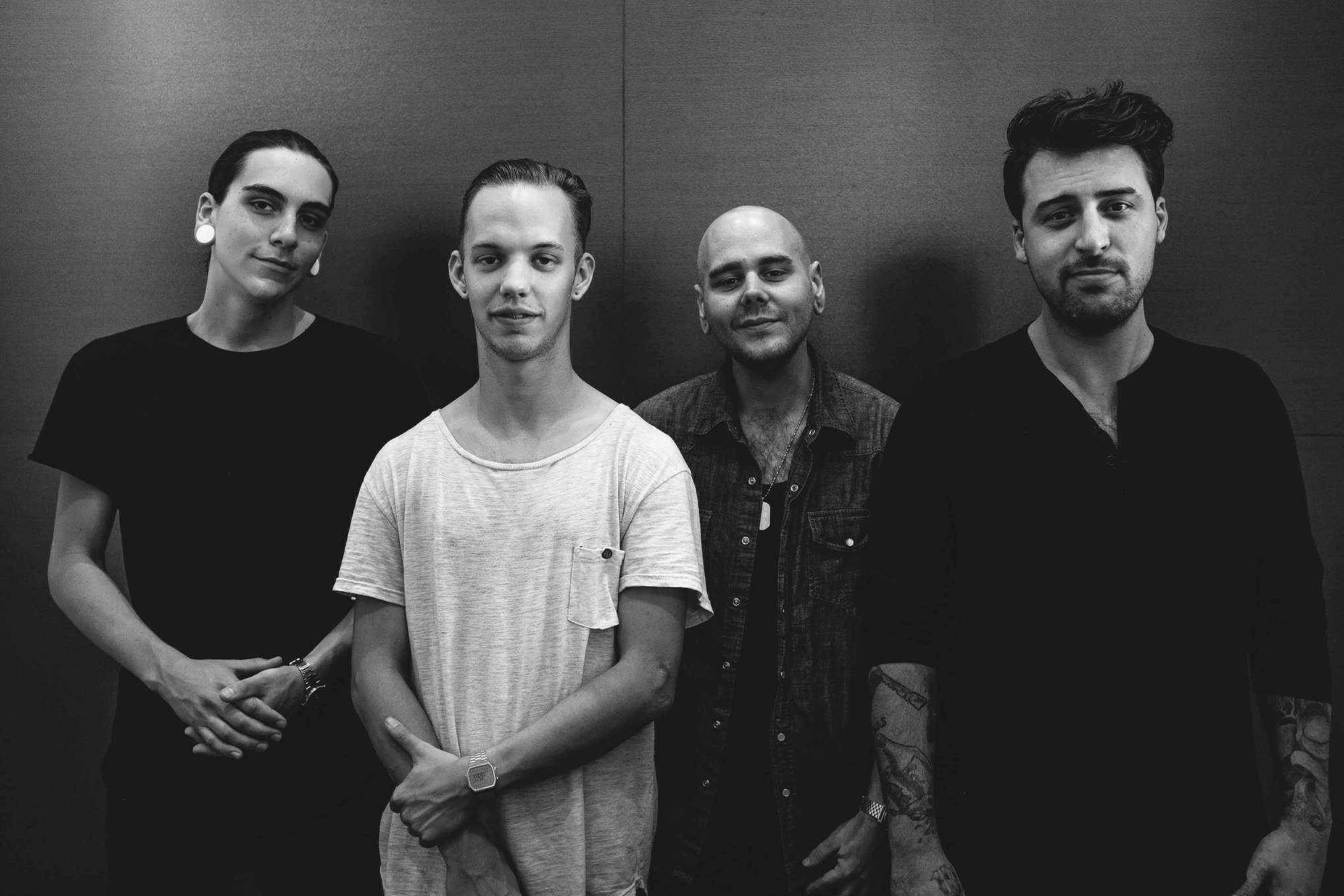 It’s no surprise that when writing, Young Natives seek to inspire–yet while they’re hyper-focused on creating something completely unique, they want to capture that same connection they get from their favorite pop culture. “I tend to watch a lot of movies,” Cory says. “I’ll read or watch something and something will strike, maybe an idea, either a line, a scene, a topic, and that’s when I’ll start writing.” Choosing a favorite movie for inspiration is a near impossible task, and met with much deliberation. “Aww man, god [laughs]. Let’s see… any John Hughes movie is awesome, like The Breakfast Club. I love 80s movies–I’m an 80s kid. The Goonies, Uncle Buck, even Drop Dead Fred, Arthur, old stuff like that. I tend to take a lot of ideas from that because a lot of it’s really… I don’t wanna say corny, but it’s got a good emotional baseline to the storyline.” Chris agrees, “I think a lot of movies back then actually had some substance, an actual story to tell and morals to look out for in life,” and Cory quips, “not just some Transformers fighting and some boobs and stuff, cool graphics and sex scenes.”

“We’d rather take our time and put out stuff that actually means a lot to us and is as best as we feel we can make it.”

Of course you can’t create, love, or inspire fully without working your ass off in the process. For Hiamovi and Keranen, their music keeps them incredibly busy. “It’s honestly a 24 hour grind. You’ve got to constantly be worrying about what you’re posting,” Hiamovi says. Staying current both behind the scenes and on the surface with fans, is a top priority. “The cool thing is, we have a giant catalog of songs. We have about 400 songs [laughs]. And for the amount we’ve put out so far, it’s nothing, you know.” While that’s a feat on its own, the guys are very careful about what they release, and are aiming to drop a new song every month, starting with the upcoming “City Love”. Keranen interjects, “we spend a lot of time dissecting songs. We might have a lot of songs, but we’ll take little bits and pieces from ten songs we might have thrown out and put them into one really good song, as opposed to just releasing a bunch of stuff just to have content. We’d rather take our time and put out stuff that actually means a lot to us and is as best as we feel we can make it.”

But having creative freedom and independence isn’t without its struggles. “On the other side of the spectrum, being independent is really hard. We don’t have the cash flow that a lot of people will get from labels,” Cory says. Their latest single “The Wind / The Boat” was recorded in their own studio, and the music video is made up of entirely fan/friend-shot footage. “It was very cool,” Hiamovi continues. “The entire thing was shot on cellphones–that’s why some of the shots and scenes are higher quality than others [laughs].” Being able to get friends and fans involved makes the long hours pay off. “It’s hard, but it’s worth it.” 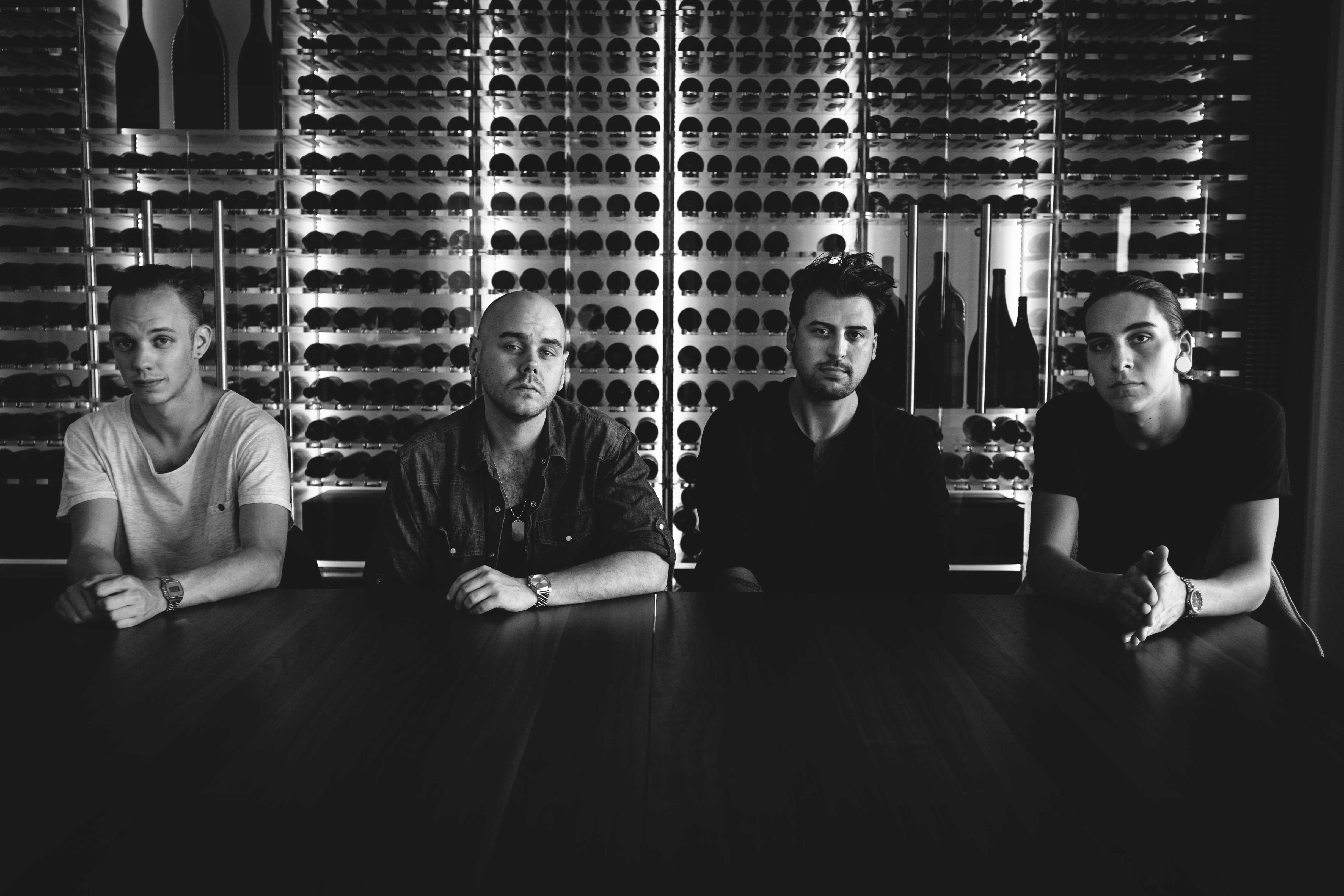 Being independent also means timing is everything–making the right decisions, and executing them at the right moment is crucial. But they’re still human. “I’m an extremely impatient person,” Cory cheerfully admits without hesitation, while Chris laughs in agreement. “I’ll want to just go 0-100, throw everything I have out into the wind and if no one likes it, then fuck ’em.” It’s clear he remains completely respectful of other opinions though, even when he jokes he gets “told ‘no’ a lot”. “I’m really open–I’m not gonna get butthurt over someone telling me ‘no I don’t think that’s a good idea.” Chris continues where Cory leaves off, “we’re really good with constructive criticism and passing ideas back and forth to see what is the best move.” Hiamovi agrees,”it really adds to [the creative process] having opposite perspectives because Chris will sometimes say things that I haven’t thought of yet and I’ll be like, ‘oh okay, you’re right’.”

One goal the band always agree on is getting that immediate chemistry with fans. While they’re desperately hoping to get back on the road in the fall, for now they’re working hard to make sure what they create is going to be an instant hit at future shows. Being able to connect with new and existing listeners is key, and they write songs specifically with that in mind. And judging from the irresistible pull of songs like “Live It Up” and “SIN”, they’re on the right track. “We want you to know the chorus by the second chorus. At least have the melody by the end of it–we want you to know the song,” Hiamovi says. If they can get people lost in the their music for just a few minutes, all their hard work is worth it. He explains, “We want people to sing along, we want people to be in that moment with us.”