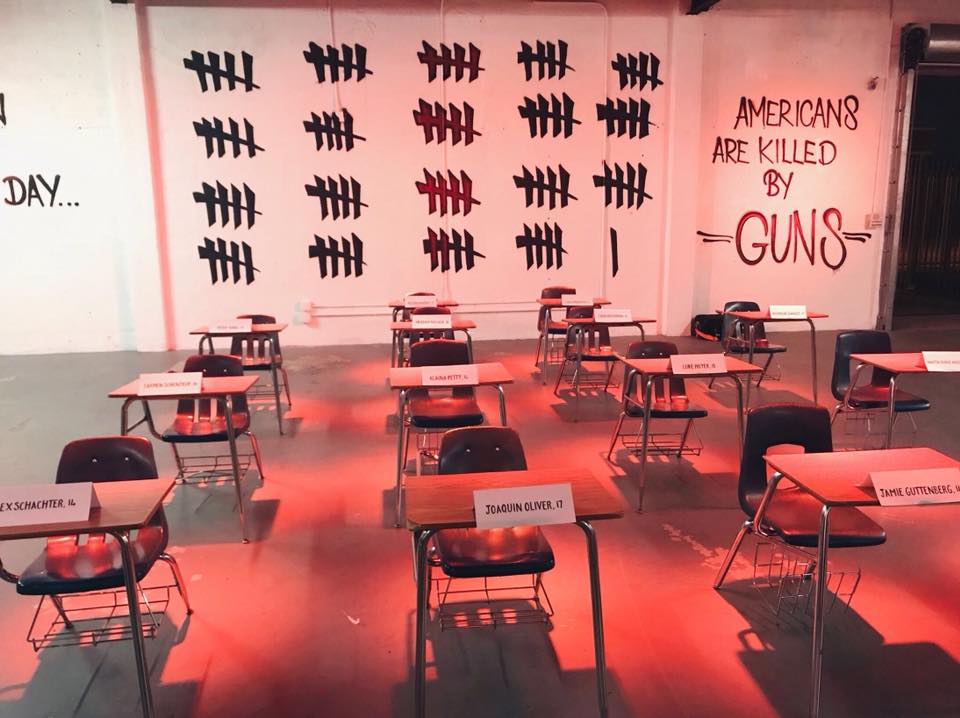 The kids are listening. At idobi “radio” that is everything. Our network is a community that thrives because the kids tune in. Notice the word community; it’s a relationship and any good one requires hearing and being heard. We hear the kids when they say, “we know what has to be done,” “we fear dying in the place we learn,” “we are going to fix what older generations broke.” Some say the kids are having an emotional response. Of course they are. Watching their classmates, their friends, even their siblings die; fearing that they are going to be massacred for nothing more than going to school is life altering. It ought to make them want to take action. It ought to make us act.

A community, or even a country, thrives because it has a future. At the moment the responsibility to make better laws, and safer laws, rests on the shoulders of adults, but the future belongs to our kids. They have a right to shape it. So we asked them to tell us how they feel, what they think. They spoke up and now we’re asking you to listen:

My name is Connor, and I’m a senior in high school.

I remember when Sandy Hook happened, and I also remember how quickly it was forgotten. Nothing was done and shootings kept happening. And I guess it brings us up to today, where they’re still happening. I don’t want to “take people’s rights away” but, honestly, gun reform is the best solution right now and it has been the best solution for years. Take a look at other countries.

I want to ask parents with guns, “would you rather lose your gun or your child?”

We know what has to be done. My high school just made a rule saying that we can’t go through the main entrance in the morning, since that will make us safer somehow. It’s amazing how nobody will listen to the kids until the protests start. So that’s what we will do.

March for your life. Walk out on the 14th. Be angry, and call for action. This is how history is made.

I’m Rudi, I’m in 9th grade. Most of my friends are in high school, including my best friend who attends a public school in Pennsylvania. Guns have been brought into her school many times. She has texted me that she is scared to stand in the lobby or the hallways. Another friend of mine lives in South Carolina. 4 schools near her have been threatened. Another friend of mine lives in upstate New York and she sent a message out to all of her friends stating that she loves them. She felt it was necessary to tell them just in case she went to school one day and didn’t come home. We are children, yet we fear dying at the place we go to learn. And just to add, I could find a gun faster than I could find a Kinder Surprise Egg.

I am a Sophomore in High school. I feel that #MarchForOurLives is a very real thing that shouldn’t be real. We should not have to stand up to the government to show that our lives as inheritors of this world are valid and worth saving, it is a sad thing that we have to do. Gun laws are not about taking away the second amendment like older generations and conservatives think that they are. We are asking for it to be next to impossible for minors and people with violent behaviors to gain possession of the type of firearm that has been used in multiple mass shootings in our country’s history. I do not want to go to school every day fearing that someone who shouldn’t have access to these dangerous weapons (or any add-ons that make them more dangerous than they already are i.e bump stocks) can harm me and my friends during a time where we are supposed to be safe and getting an education. This is our future, we are going to take control of it and fix what older generations broke.

i’m a sophomore at a high school in texas and one of my biggest fears is being in the middle of a school shooting. my school has been threatened 3 times since the shooting in florida and my anxiety is much worse than it should be. i shouldn’t be terrified of getting an education. something needs to be done.

Listen. idobi Network fully supports March For Our Lives and the kids who are making it happen. You can march with them on March 24th in Washington, DC or you can support them at marchforourlives.com. Please listen and please speak up!