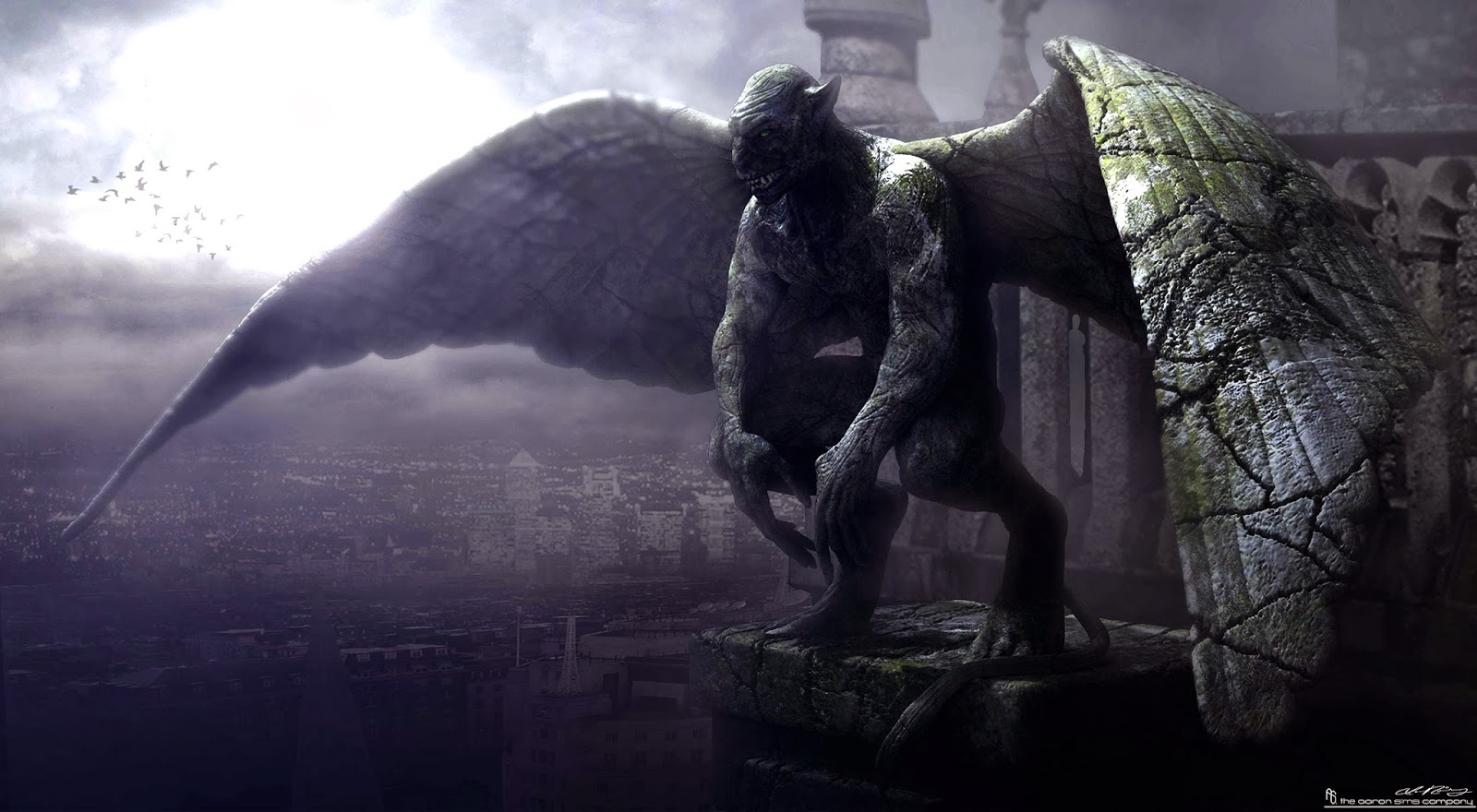 The demon stood surrounded by light, his lips curved into a smile. Finally freed from the confines of his human body, he was ready to complete the mission he had been assigned.

It might have been easier in his human guise, but he missed his powers, missed the way he could control smoke and fire, missed the way he could bring out the true nature of his fellow demons. Now that he was no longer limited by an earthly body, he was free to spread his (literal) wings and fly into the night, keeping to the shadows to avoid being seen.

His first stop was the house of his first real friend in the music industry, the one who had discovered his band and signed him to a new label. He had thought it would be the other one, the one who had dabbled in a solo project before returning the band to full power. Everyone knew the imps in charge of putting together the informational packets were terrible at spelling and easily confused by two humans whose first names started with the same letter. But no, even though the singer was considered powerful, his was a soul too pure to be used for this purpose. It was the bassist, with his expensive guyliner and ink-covered arms, who was the vessel for the real demon.

It was only too easy to turn the bassist. The demon walked into the house, humming hallelujah, and his friend immediately appeared at the top of the stairs, his cheerful grin fading away when he realized who stood before him. “No, not now. It’s too soon!” he pleaded, but it was too late. Before he had time to protest, he was engulfed in smoke; when the thick black cloud evaporated, the human bassist was no more. In his place was another demon, gnarled and stony, his sharp teeth protruding over blood red lips. The first demon cackled and, grabbing his friend’s hand, disappeared with a swirl of his wings.

The demon, now accompanied by his friend, crept silently to his third victim. This would be tricky. He had known that the former bassist  would be easy to sway, but the other one was more cunning. His devilish nature was too corrupted by humanity; he had forgotten his roots and it was up to the demon to convert him back to his former stony self. So the demon put an illusion on himself, using his human guise once more. Stepping out onto a suburban street, he walked down a path toward the house of his next victim and rang the doorbell.

The second victim peeked out like a hesitant alien on his first journey to Earth. His eyes widened when he saw who stood on his doorstep. “I thought…I heard you died on the operating table.”

The demon laughed. “Who told you that? You know legends never die.” He grinned then, and his friend jumped back in horror as he watched his friend’s face split in two, revealing the grey horned demon beneath. Another puff of smoke and with a shout, the second victim was transformed. The three demons vanished from the street; all that was left of the second victim was a pencil he’d been using to write his next comic book.

Reunited at last in their true forms, the leaders of the Emo Trinity swept across the world, ensnaring fans: teens with side-swept bangs and heavy makeup; twentysomethings who held onto the music of their youth enough to remember how to take the perfect MyScene shot; thirty year olds who claimed to be “too old” for that scene but still subtly worked lyrics into everyday conversation; even the older ones who scoffed and claimed these artists were not Truly Emo. Within days, the Emo Army would rise, the Black Parade would march again, and the world would never be the same. And the first demon smiled and saw that it was good. Tags: Halloween, Legends Never Die