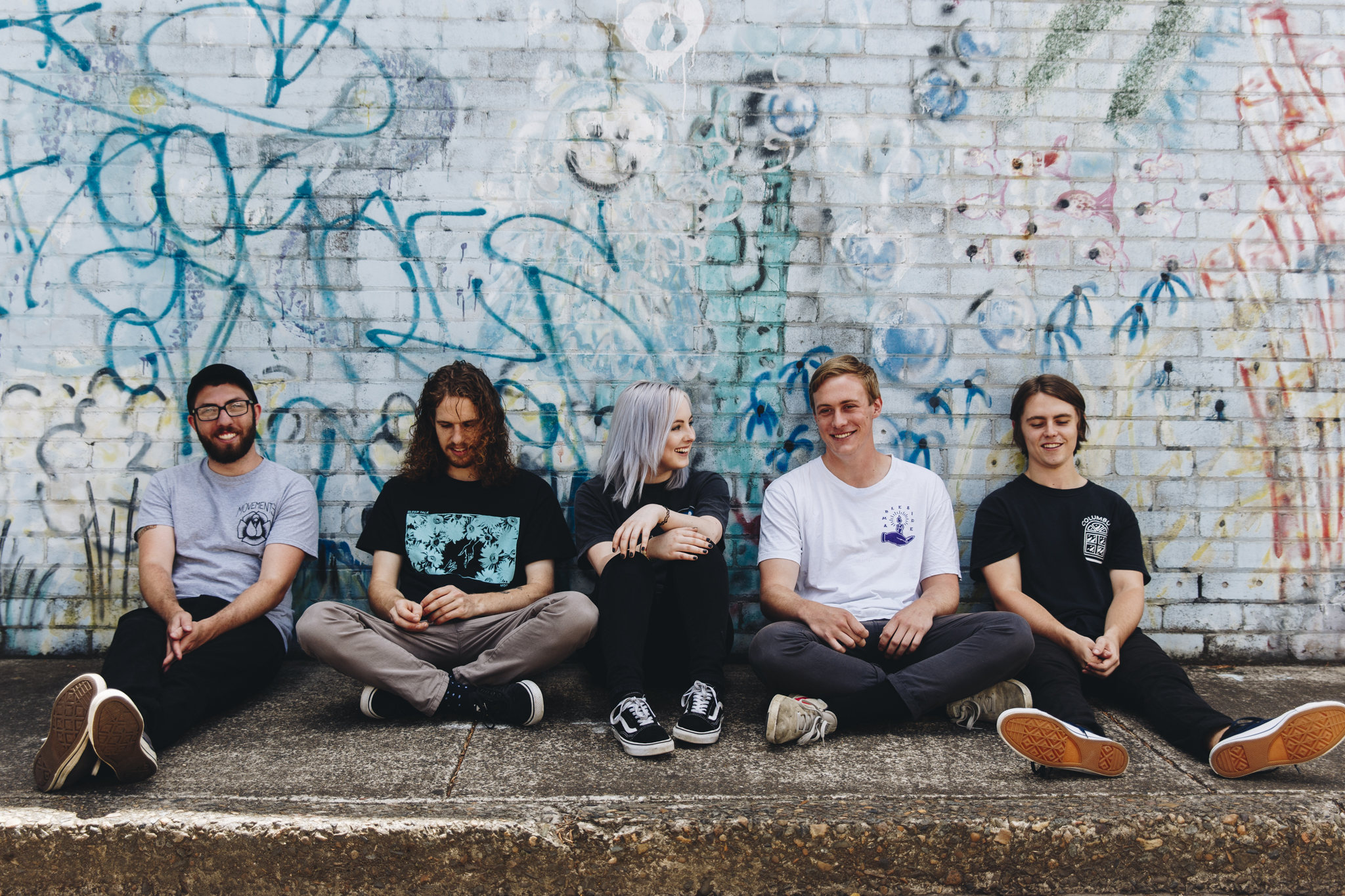 There’s a new addition to the Fearless Records family, and it’s long overdue that you got to know them better…enter Eat Your Heart Out, the new band on the block. They’ve been turning the scene down under on its head, and now they’re ready to take on the world—and take over your hearts. The Newcastle, AU quintet have toured with the likes of The Wonder Years and won the Triple J Unearthed competition to open for the Australian festival Groovin The Moo Maitland in 2016 (which is a pretty huge freakin’ deal, y’all). On the strength of just two EPs, they’ve attracted a loyal fanbase—and the attention of Fearless. So it’s about time for your induction into EYHO’s fanbase, because trust us: one listen to a track like “Patience” will have you #obsessed and ready to add everything they’ve ever released to ALL of your playlists. Lucky for you, we’ve got your quickstart guide to reaching fan status with our Eat Your Heart Out 101—so, get to know the alt-rock quintet below, and…well, the band name says it all.

So you’ve got the standard stuff out of the way. You’ve sufficiently stalked your way through their Instagram, you already wish you could hitch a ride in their tour van, and you’ve been Carried Away by vocals that soar high above their hard-hitting alt-rock/pop punk blend. And those riffs, man—the melodies have so much life to them, they inspired you to pick up your guitar again just so you can jam along. You’ve spent all your money on their merch (because boy, do they know what designs fans really want). There’s only one logical next step: to get to know the band on a first-name/instrument/social media level. Carry on to find out who has two pet turtles, who has that one skate or die tattoo, and who can beat you (yes, even you) on Rock Band from the band themselves.

New longsleeves available at eatyourheartoutband.bigcartel.com, as modelled by the ???? @_georgialicious_

@CantDom just snapped 3 BASS STRINGS in a 5 song set. Is that a record?

Still shares our feels after all this time:

Potato is, in fact, the cutest cat ever:

This is my cat, his name is Potato. #kitten #cute #morning #potato #playful #crazykitten #stopwakingmeupinthemorningpotato

Is so good at skating he can bend the space-time continuum:

Throwback to when I skating almost everyday. @popcorndave got this wacky snap of me stunting at Newcastle skatepark ????

Is also a connoisseur of tattoos:

Makes cool friends wherever he goes:

By now you’re wondering where this band have been your whole life. In fact, you can barely remember a time when they weren’t in your life, even though you’ve only just discovered them. That’s just how at home they make you feel. This can only mean one thing: you’re officially a fan. Congrats, all that’s left to do now is prepare yourselves for everything the band have got in store with their new signing to Fearless. Rest assured, there’s going to be new music, plenty of chances to see them live…and until then, this brand new video for “Patience” to watch on repeat.