I rode up to New York Comic Con on the train this year. The vibe was the same as being a kid on the bus to summer camp. Same anxious excitement about seeing old friends and meeting new people, same musing on what kinds of adventures I would have. Halfway there, a gentleman sat down beside me. He had two beers, a bag of cheetos, a sandwich, and a variety of other snacks all which smelled really good. I had…water. His attire said businessman on a daily commute. My attire, black leather Adidas with ripped jeans, said entertainment industry. What I’m telling you is we were an odd couple of campers. You’d be tempted to believe we had nothing in common. Until the gentleman pulled out an entire bag of comic books. My eyes widened but I played it chill. I made an observation about his love of comics (Old Man Logan!) and he replied he’d stopped reading them as a kid but had gotten back into them when his sons started reading them. It gave the family something to talk about, a new way to connect.

A day later Karen Berger introduced her new Dark Horse imprint Berger Books. Karen Berger is a comics goddess, the woman who created Vertigo Comics for DC. Vertigo, in my estimation, is the finest comic book imprint to ever spin glossy tales. Come at me. I will defend this stance. Vertigo knew how to tell a story, especially irresistible ones from the darkest edges of the most magnificent imaginations. Joining Berger on the panel were Ann Nocenti (The Seeds, which she says features an alien x human love nest…hubba hubba), Dave Gibbons, yep, Dave “Watchman” Gibbons (The Originals reprint), and surprisingly Anthony Bourdain (Hungry Ghosts). Hungry Ghosts is an anthology series co-written with fellow panelist Joel Rose. I say surprisingly because Bourdain is a famous chef. So, um, what? It’s the comics, man. Bourdain has been writing them since way back when. The problem is, back whenever that was, he wasn’t very good. So he “became a dishwasher, as one does.” Bourdain never stopped being a fan and when the opportunity came to get back in, he found a way to combine food and comics. Another connection made. 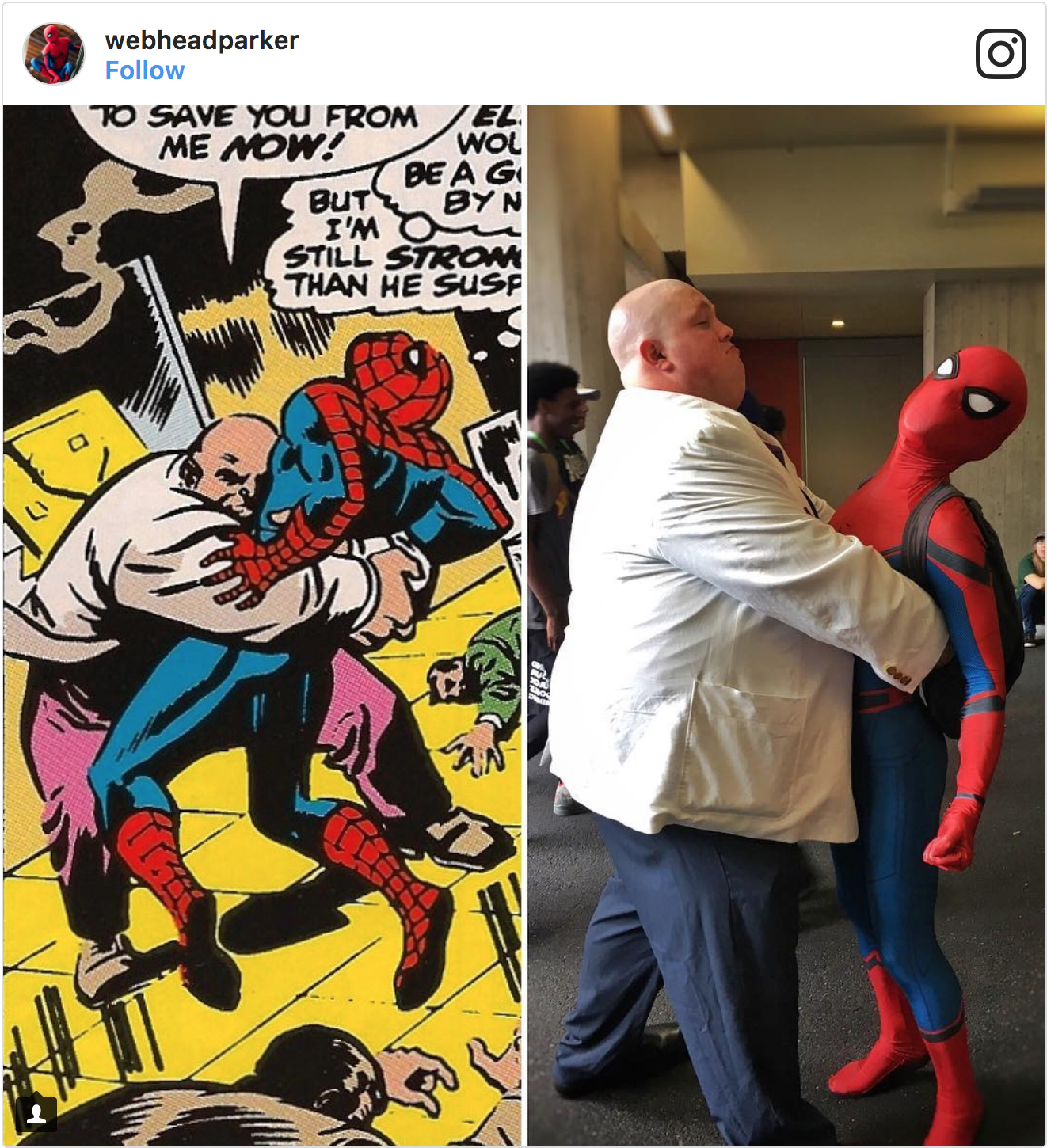 Walking around Javits Center during New York Comic Con, you can’t help but play the game of “Name that Cosplay”. Everybody does it whether silently with secret smiles or loudly with “Best One-Punch Man I’ve ever seen. Can I get a picture?” I agree, by the way, it was a freakin’ awesome One-Punch Man. There was also a classic Kingpin (white suit jacket and everything) who fans posed with in feigned fear and real giggles. It’s a thing that we fans do and we do it because we’ve got the love. Comic Cons have become geek entertainment conventions, covering anime and manga along with sci-fi & fantasy television, books, and film. It’s a nation more than a sub-culture and while each fan has their own religions [read: fandoms] we know we’re connected.

At the Star Trek: Discovery panel, astronaut Mae Jemison revealed the original series had put stars in her eyes, those stars eventually led her to space. How amazing is that? Gene Roddenberry’s imaginings and Nichelle Nichols’ portrayal of Uhura put a woman on the moon (so to speak). Jemison and most of the actors and producers on the stage shared a childhood in which The Enterprise made them dream of space. In that way, The Federation becomes very real—it’s their connection.

Over the weekend I watched illustrators and show runners learn they shared a fandom in Murakami and how that inspiration show up in their work. I listened while actors and writers discovered they’d watched an obscure cartoon as kids and had never forgotten that one episode. Oldsters and youngsters immersed themselves in the world of The Tick and discovered the joy of yelling out, “Spoon!” while hoping the Amazon series will do the same. The connections kept coming.

I went down to Artist Alley and had long conversations with Jeremy Whitley about the adaptation of his series Princeless into a live action film, and the upcoming Marvel’s Runaways series on Hulu. Jason Porath and I grinned about a wickedly good idea he has for a Black Mirror meets  Douglas Adams episode of Black Mirror, and he had the nerve to call me dark when I said Monique (Geek Girl Riot) and I have written a Supernatural meets Black Mirror series pilot. Funny how I met both guys through comics and geekdom and while we chatted new people discovered Raven the Pirate Princess and Rejected Princesses and bought the books. How freakin’ cool is that? Even the fictional royalty is connected.

Most of us have sat around a campfire. Whether your parents were big campers, or they sent you off for the summer. Whether you camped out for the first time in college, or when your kid joined the scouts. You know that feeling of sitting around a fire that illuminates the face across from you in a new light. There’s something unifying about that circle. Everyone around the fire becomes a part of the whole and you’re talking to people you don’t know about things you’d never say outside of the safety of that circle. Someone suddenly becomes the one other person, outside of you, who understands that Martha was the best companion of the new Who era because she saved the Doctor’s life and, yes, Donna is also great because she saved his soul (but we ain’t having none of that Rose business) or that Ang and Katara never should’ve gotten together—what were they thinking? You find your kin at Comic Con. That kind of campfire happens once a year on the east side of New York; for a few days geekdom creates a circle of warmth and the splintered parts of the world are left to the darkness at our backs.