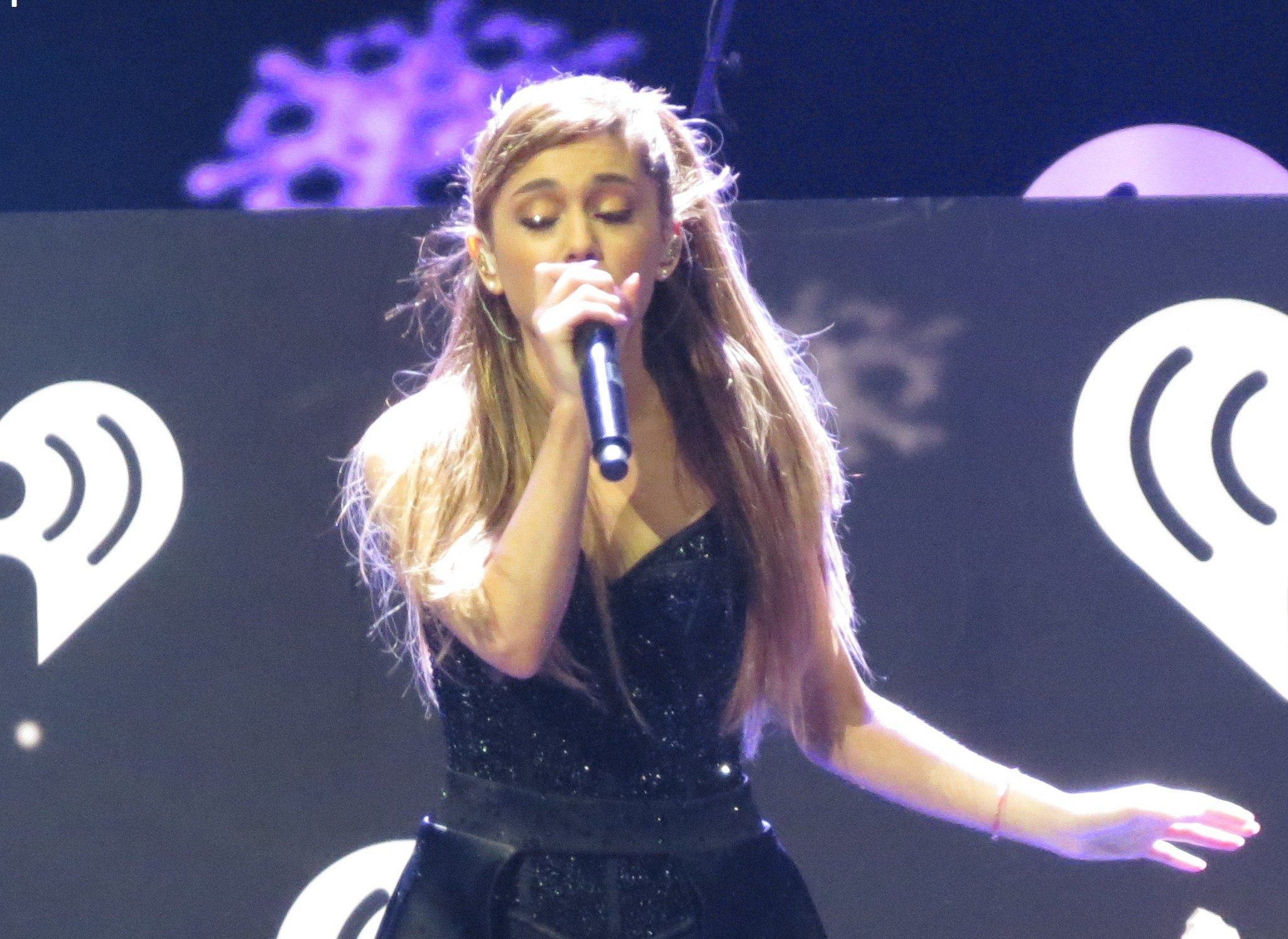 Don’t let the bastards grind you down…

In my last column a couple of weeks ago, I wrote about the fact that the French people, despite having every reason to give in to hate and embrace nationalism and far right politics, voted against Marine Le Pen in the national election. I said then that the aim of the terrorist is to terrorize, to alter the way you live your life as you walk around on eggshells, perpetually looking behind you. The French chose not to do that.

In my native England, a 22-year-old homegrown coward called Salman Abedi blew himself up just outside of an Ariana Grande concert in Manchester, killing 22 other people and injuring many more. Naturally, the incident has provoked anti-Islamic sentiments on social media, comment threads, and in the streets, but this nonsense is misplaced.

A Facebook user called Becky Carrier posted a comment which went viral this week, that read, “I’ll tell you what Muslims did in Manchester last night — they got in their cabs, turned off the meters and drove people home safely out of the goodness of their hearts because muslims are good people. Terrorists, on the other hand, are something else and the 2 should not be confused.”

Ms. Carrier is in danger of making sense on the internet (something that is frowned upon) because of course she’s right. First of all, Abedi was born in the UK. He was a Manchester boy, schooled there and with friends there. This isn’t an immigration issue, but one of native Muslims being radicalized.

But Carrier is also right because, regardless of the rhetoric spewed out by cowards such as Abedi during the attacks, these actions have nothing to do with Islam. Naysayers will call me naive and point to harsh verses in the Quran, while conveniently ignoring similarly awful lines in the Bible. But in reality, Islam doesn’t have anything to do with these actions.

For Chloe Rutherford, Liam Curry, Michelle Kiss, Sorrell Leczkowski, Nell Jones, Alison Howe, Lisa Lees, Jane Tweddle-Taylor, Angelika and Marcin Klis, Martyn Hett, Kelly Brewster, John Atkinson, Georgina Callander, Olivia Campbell, eight-year-old Saffie Roussos, and the six other victims that are so-far unnamed, the opportunity to carry on with their lives has been cruelly ripped away from them. But still, when Manchester officials and British politicians were quoted as saying that the country needs to carry on as normal, they were right.

Because it comes back to the French vote. Abedi’s brother and some other associates have been arrested, and it looks like this attack may have been a part of a bigger plot. If those people realize that they haven’t changed anything, that no terror has been spread, then that sends a message.

And look, I realize that I didn’t lose anyone in this bombing so it’s easy for me to say. But I should point out that I could have done. I have family in the Greater Manchester area. Most of my family members are there, in fact. So these words aren’t written lightly.

This was the most callous and cowardly of attacks, because it was meant to take out young children. These are fundamentalists and, just like Christian fundamentalists, they despise feminism, overt sexuality, homosexuality, multiculturalism—basically everything on display at an Ariana Grande concert and in her audience. She’s a young pop diva and, as such, attracts a diverse crowd across races, ages, religions, sexual orientations, etc. And children. Lots and lots of very young children.

That’s what makes this so inexplicable. Even President Trump said something that I agreed with, which threw me a little. He said, “I won’t call them monsters because they’d like that.” The man is right. Strip away the infamy. Reduce the impact that they have on our lives in general, while respecting and empathizing with the fact that lives have been taken and others irreparably damaged. Those things aren’t mutually exclusive. 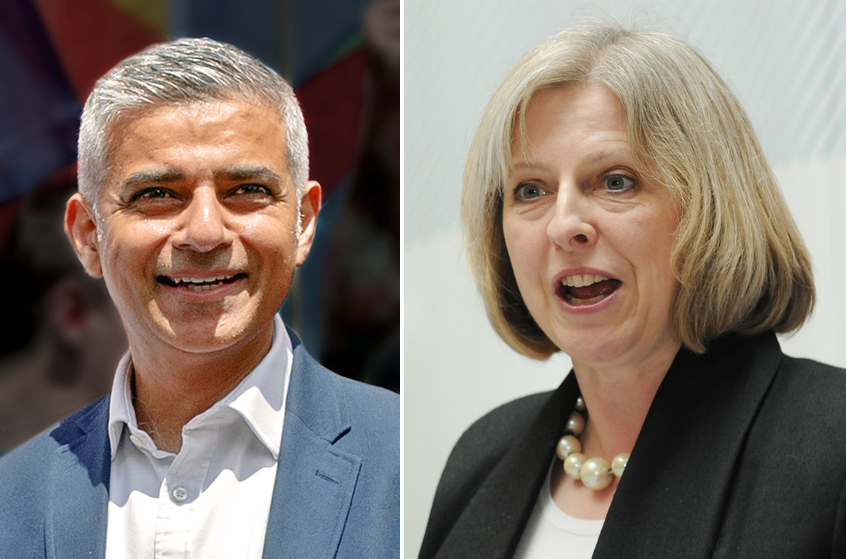 Former Smiths singer Morrissey who, let’s not forget, once said that eating meat is the same as molesting children, wrote something very different on his official Facebook page.

“Theresa May says such attacks ‘will not break us,’ but her own life is lived in a bullet-proof bubble, and she evidently does not need to identify any young people today in Manchester morgues. Also, ‘will not break us’ means that the tragedy will not break her, or her policies on immigration. The young people of Manchester are already broken – thanks all the same, Theresa. Sadiq Khan says ‘London is united with Manchester,’ but he does not condemn Islamic State – who have claimed responsibility for the bomb. The Queen receives absurd praise for her ‘strong words’ against the attack, yet she does not cancel today’s garden party at Buckingham Palace – for which no criticism is allowed in the Britain of free press. Manchester mayor Andy Burnham says the attack is the work of an ‘extremist.’ An extreme what? An extreme rabbit? In modern Britain everyone seems petrified to officially say what we all say in private. Politicians tell us they are unafraid, but they are never the victims. How easy to be unafraid when one is protected from the line of fire. The people have no such protections.”

Morrissey is wrong, and dangerously wrong. Because the young people of Manchester might be grieving, but they are far from broken. They’re strong, intelligent, and they will move forward without embracing hate, as the French did. PM Theresa May was right. Sadiq Khan, the Mayor of London, was right. So was the Queen. And Andy Burnham was especially right, because all that matters is that the perpetrator was an extremist. Morrissey seems to be implying that Burnham should condemn Islam, but that would be ludicrous. These perpetrators are extremists. Cowards.

Trump correctly labelled them losers. The French made them so in that country. Let’s continue that good work.