Up and coming Staten Island punk band Everything Ever are set to release their debut album Solid Ground on April 8th. Produced by Jeremy Comitas, the album showcases months of meticulous work transformed into 12 honest and in your face songs.  Today we’re bringing you the video for their song “Doing Nothing”, which was directed by Kevin Rogers of Backslash Bomb Productions.  Watch the band blister through the track whilst getting cleaned up by some very helpful assistants.

Everything Ever will also be playing a string of East Coast shows around the release of the album, dates for which can be seen below. 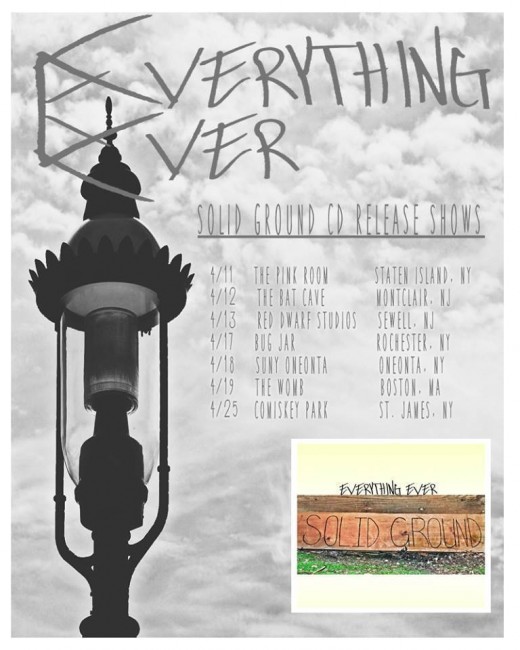