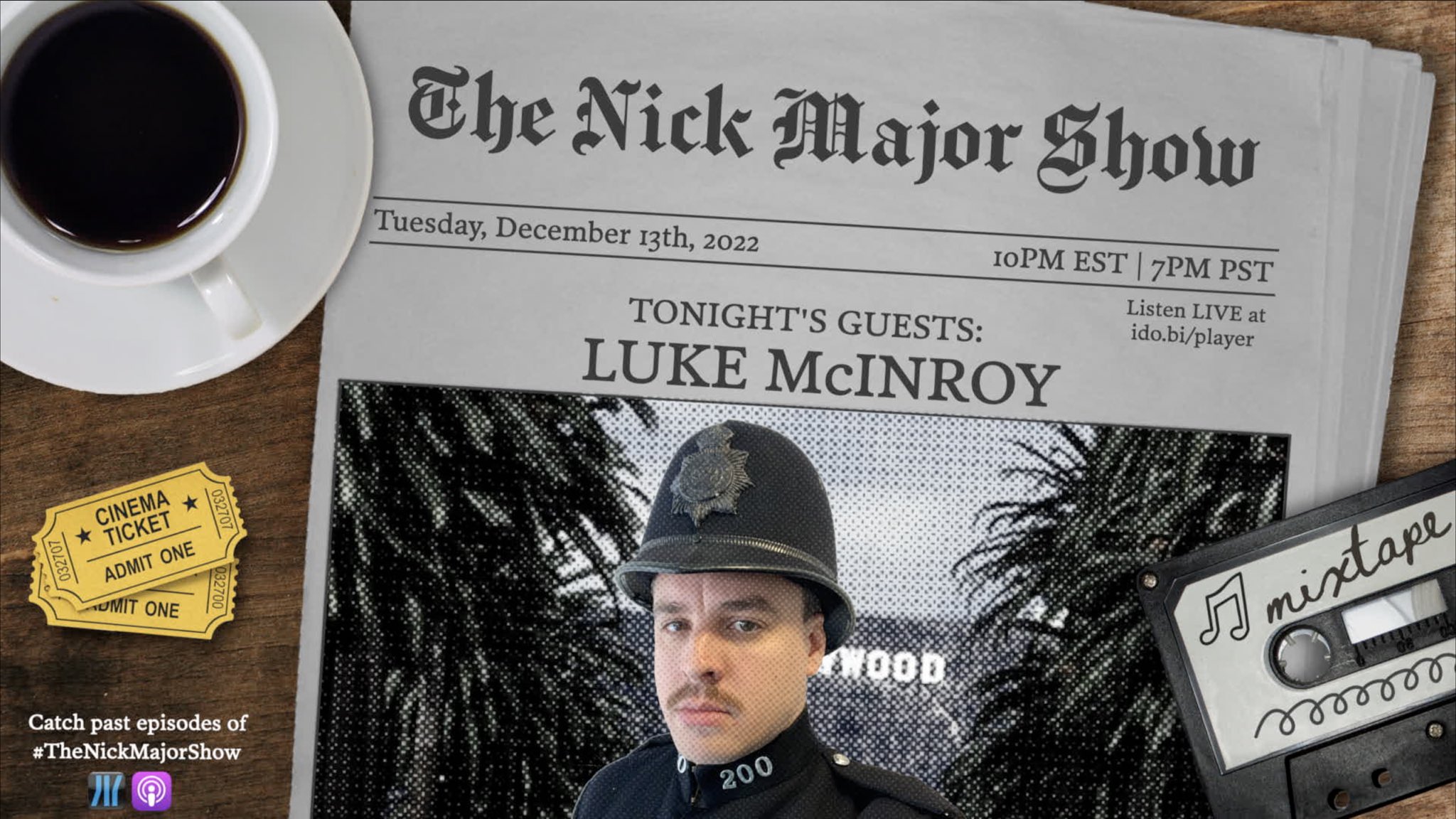 Nick Major is once again joined by longtime friend Luke McInroy, his final time on The Nick Major Show before heading back to the UK. Hear about Luke’s adventures around LA, what band he’s now a fan of thanks to idobi Radio’s Fish – because they performed LIVE at his annual Fishmas event + Nick & Luke checked out the new Christmas/slasher film ‘Violent Night’.