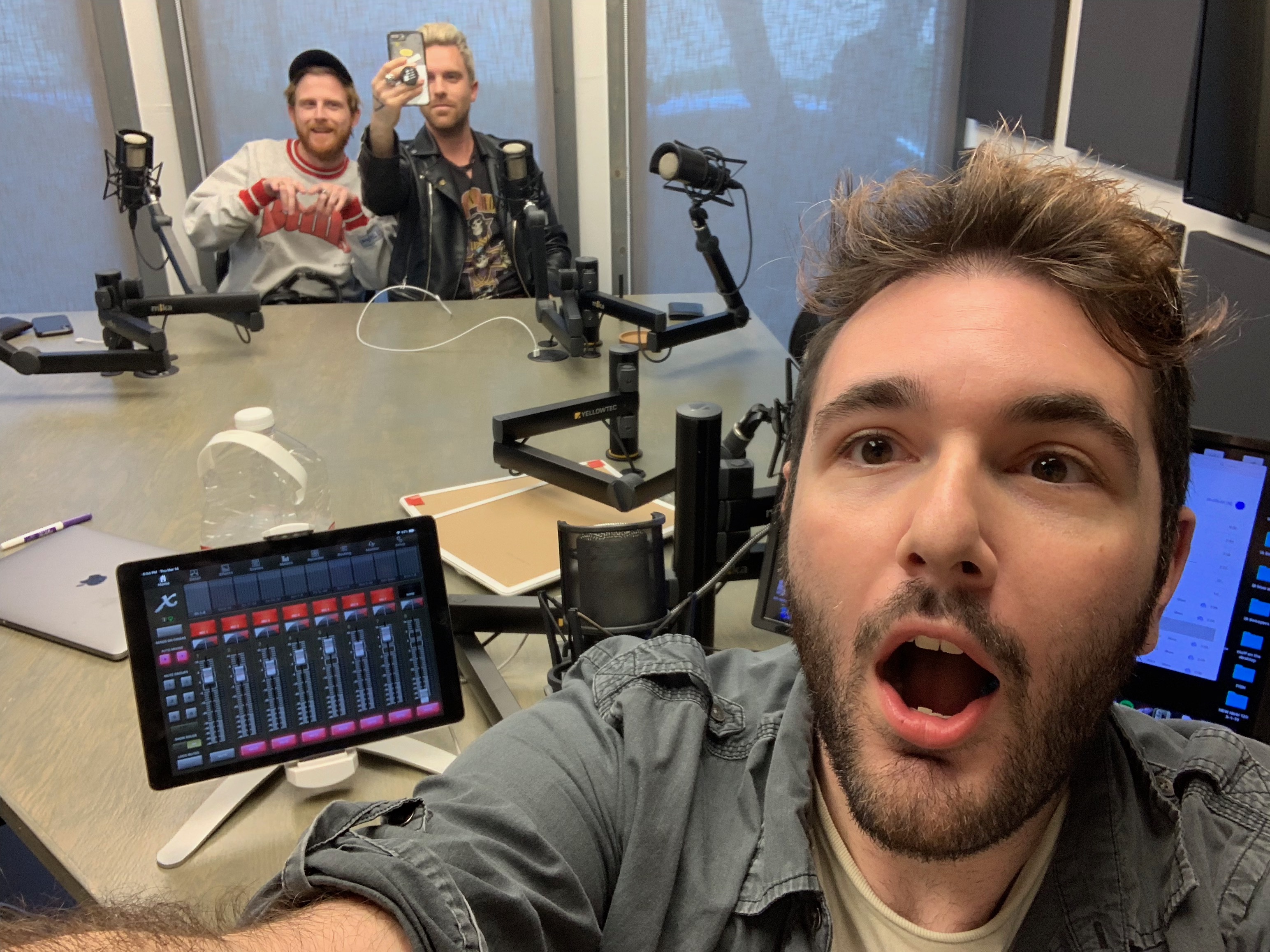 We went a half hour over but who cares cause I love Chase and Dan from Half The Animal! We had my middle school English teacher, Mr. Frank, call in live, we had Nick from Palm Springsteen call in live, my buddy Fil premiered his project Prblm Chld and Trevor from Our Last Night called in!

Half The Animal fucking rules. That’s it, that’s the description. Hear Dan and I reminisce on a wild night we had recently, Chase trying to prank call people (sorry Gabe, Syd, and Martin), life talks, the education system and oh yeah… we talked about Half The Animal cause all their music is AWESOME. By the end of 2019 you’re not gunna be able to go out without hearing at least one Half The Animal songs on the radio, trust me. Once again… I LOVE THESE GUYS AND I KNOW YOU WILL TOO. We also nerded out about some of my favorite food spots in Laguna Beach (10/10 recommend all of them).

Mr. Frank was one of very few teachers I liked growing up cause he was always supportive of the artistic side of everyone. He’s currently working on indie films and bringing them to festivals! You can keep up with his production company here. He was joking with me on twitter earlier in the day about a throwback I posted and decided he needed to call into the show so hear about the early years of me that I didn’t even remember!

Palm Springsteen is gunna take off soon! They just dropped their first single “Hey There Cowgirl” and it’s a jam. There’s more stuff cooking so get in the know early and say you were some of the first to listen.

Prblm Chld is Fil’s new project and there’s so many cool things coming your way from him. His debut single “Voices” is out now and I’ve heard some remixes he’s working on and you’ll get to hear them soon enough, but till then jam the single.

Trevor from Our Last Night made his first appearance on my show in YEARS to talk about the band’s new EP Let Life Overcome which is my favorite stuff Our Last Night has released. They’re currently on tour with State Champs, The Dangerous Summer, and Grayscale and tickets are going way too fast. Get your tickets before they’re literally all sold out cause almost this entire tour has been sold out so far.