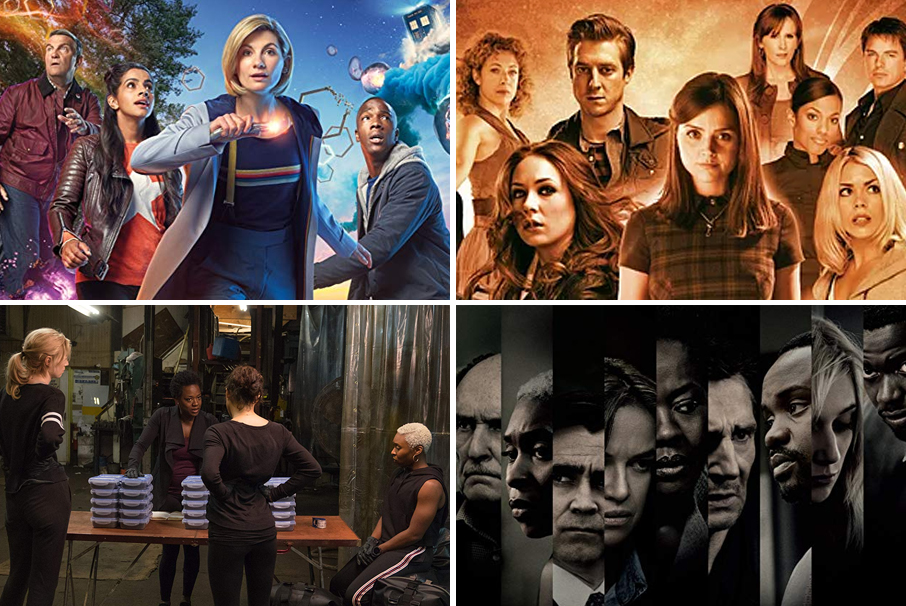 Geek Girl Riot is jumping in the Tardis to talk about the new Doctor Who, then we pay our respects to Widows.

The Doctor: The Good, the Bad, and the Hopeful
The thirteenth Doctor (Jodie Whittaker) filled us with hope and excitement—but now that she’s here…we’ve got mixed feelings. Sherin, Philip, Sam, and Soma break down what they like about the new season, what isn’t working, and what they’d like to see.

The Widows are Here to Set it Off
We step out of the Tardis to dig into a new film that is truly blowing us away. Widows is the new woman-led heist movie, directed by Steve McQueen, starring Viola Davis and Michelle Rodriguez (and many more incredible actors). Sherin is joined by Julian from the Ignorant Bliss podcast to discuss the story, the performances, the directing, and what they took away from the film. Widows opens in theaters November 16th.

To All The Companions We’ve Loved Before
Now back to new Who—this season has not one, not two, but three companions! Our intrepid Rioters take a look at the new trio: Ryan Sinclair (Tosin Cole), Yasmin Khan (Mandip Gill), and Graham Sinclair (Bradley Walsh). They also discuss their most beloved companions since the 2005 reboot (and the ones who make their eyes roll).