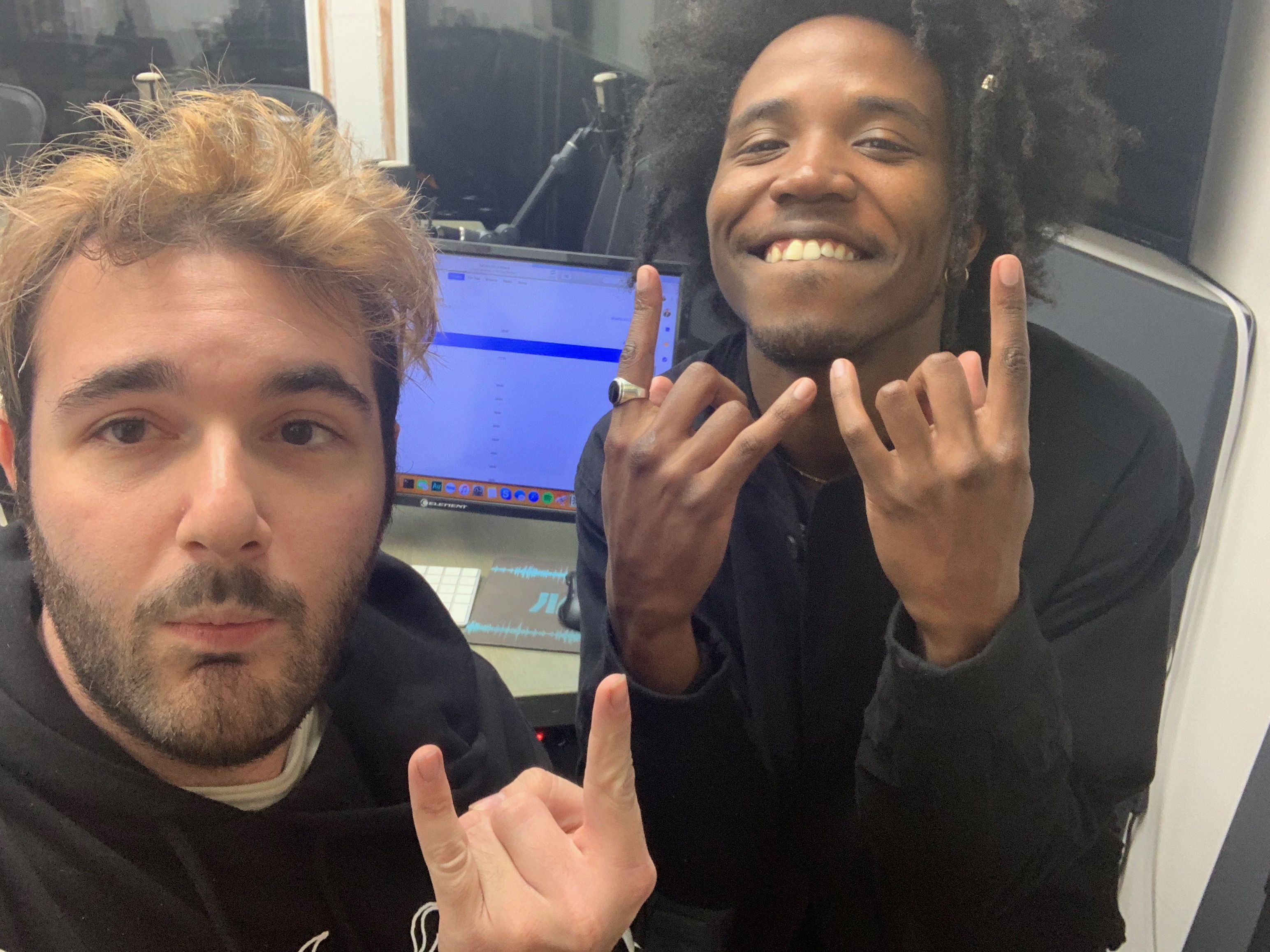 First show in the new idobi studio and I had the honor of De’Wayne Jackson joining me to co-host! The Transparent Tones called in with Jack Barakat of All Time Low and I called Sink In PLUS I decided last minute to check in on 7715.

De’Wayne Jackson is one of the most unique artists in my opinion when it comes to genres. He can only be classified as De’Wayne Jackson and seeing his growth over the last 2 years of knowing him has been wild. He’s toured U.K/Europe with Jesse J, toured the U.S with acts such as Waterparks, Chase Atlantic, and IDK How and won the hearts of every fan who watched him.

Dan from 7715 DJd On The Rox last night (it was wild) but I called him beforehand and you can hear the excitement in his voice for his DJ set and 7715’s first tour with Bryce Vine which kicks off in a few days. We also played their new hit song “Bless Us With A Bottle (Medford)”.

The Transparent Tones just dropped their debut EP Lovely which rules cause they’re gunna become a new favorite of yours in the next year or so. Hear all about how the band’s been grinding while still in high school and Jack Barakat hops on the call too. By the way it was the band’s first interview. “Got Me Glued” is my shit right now.

Sink In broke down and called me. Well… not like that but they did the interview from a broken down car. They have a new song “Ghost” which is pretty sick so check them out.

Sponsored by, Mack Weldon. For 20% off your first order, visit mackweldon.com and enter promo code: FISHKIN.