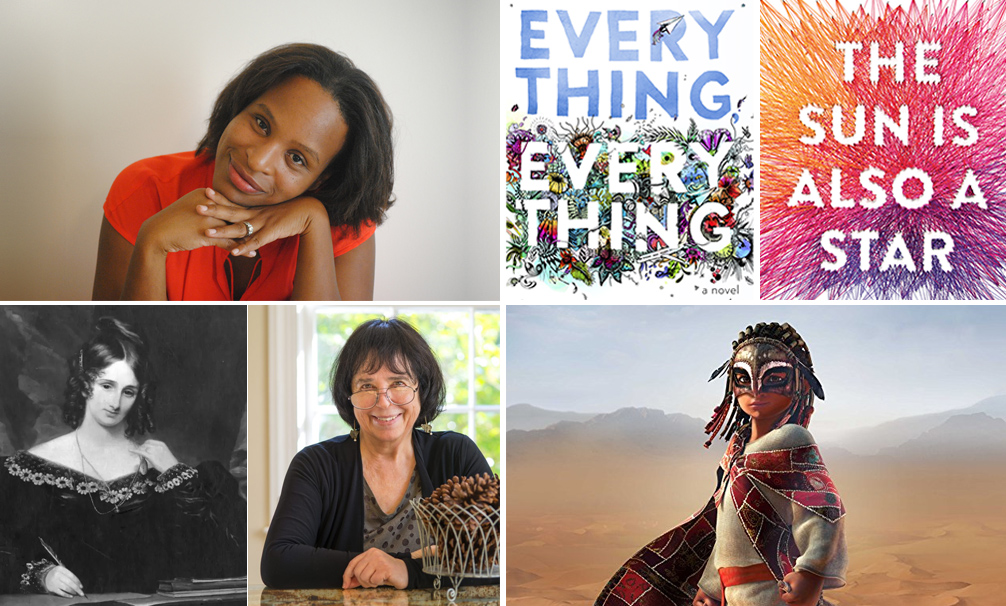 “Art and science are both trying to get at the truth of the world;
they just have a different approach”

It all started with Poltergeist. The traumatizing film that kept then-10 year old Nicola Yoon up at night… We’ll let the YA author herself fill in the gaps of that story on her very own Whachudoin’? episode (yeah, didn’t she teach us everything is connected?). Geek Girl Riot fell in love with her two novels Everything, Everything, and The Sun is Also a Star, and like the storyteller she is, Nicola is about to enchant you some more.

Nicola chats to Sherin and Sam about her upcoming third novel, what books and movies she’s loving, and she shares some stories about visiting the set of Everything, Everything the movie adaptation. They also talk about representation, the link between science and art and not letting yourself get boxed in, and how Nicola began writing after a career change so that her daughter could grow up and see herself in a book.

To continue our episode streak of awesome writers, we’re also bringing back our She Did It! segment to shine the light on the mother of science fiction, Mary Shelley, and living legend, author Jane Yolen. Hear Sam and Sherin tell the stories of the two incredible creators and join us in shouting, She Did It!

Meriah Crawford then drops by with a report all about last year’s futuristic world’s fair, Escape Velocity. And to close us out, Young & Younger join us to review the animated movie, Bilal. Set a thousand years ago, Bilal tells the story of a boy who is captured and forced into slavery, left with nothing but a dream and a voice to make a change.

Tune in to Geek Girl Riot on idobi Radio every Tuesday at 11pm ET / 8pm PT for your dose of late-night geekery from our team of rioters. ‘Til next time, see everything our Rioters talked about, and read a translation of the poem, The Physics of Love by Kim In-yook (sook):

“The Physics of Love”
by Kim In-yook (sook)

The size of an object is not proportional to its mass
That girl, as small as a violet
That girl, drifting in the sky like the petals of a flower
Pulls me to her with a force greater than the Earth
In a single moment
I fell and rolled towards her, without reason
Like Newton’s apple
With a thump
With a thump-thump
My heart bounced from the heavens to the earth
In a dizzying motion, like a pendulum
It was the moment I first fell in love

This version pieced together by Sherin Nicole