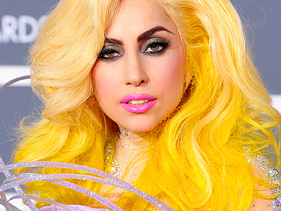 One of the most fascinating aspects of Lady Gaga’s ascension to the pop stratosphere is how formerly unknown New York rock-club singer Stefani Germanotta seems to have known all along that this was her destiny.

A just-published profile in New York magazine, written by Vanessa Grigoriadis and including an interview conducted in March 2009 – supplemented by recent quotes from people she knew during her early days, including songwriter/producer Rob Fusari – the self-assured singer is depicted as already carrying herself like the pop icon she would soon become.

“I don’t like Los Angeles,” she told the reporter, insisting that she be addressed by her stage name and recoiling from the camera flashes of tourists taking pictures of each other that she assumed were meant for her. “The people are awful and terribly shallow, and everybody wants to be famous but nobody wants to play the game. I’m from New York. I will kill to get what I need.”

Though her path to six No. 1 singles, millions of album sales and a massive stage show appears to have happened in a blink of an eye, Gaga, 24, said the process took longer than it appears.

“I went through a great deal of creative and artistic revelation, learning, and marination to become who I am,” she said in the article. “Tiny little lie? I wanted to become the artist I am today, and it took years.”

It began on the Upper West Side of New York, where she grew up in a duplex with her dad, whose company installed Wi-Fi systems in hotels, her mother, who was a vice president at Verizon for a time and younger sister Natali, now 18, who has a cameo in the “Telephone” video. The sisters attended the small Sacred Heart Catholic girls school near the Guggenheim museum, where the Germanottas were a solidly middle-class pair mixed in with the outrageously wealthy and those attending on scholarships. She began taking day-long acting classes on Saturdays at age 11 and by eighth grade was landing the leads in shows such as “Guys and Dolls” and “A Funny Thing Happened on the Way to the Forum” at Sacred Heart’s brother school, Regis High. Friends told New York magazine that she insisted on being called by her characters’ names even then, refusing to answer to Stefani backstage during rehearsals and performances.

Gaga also held down a job as a waitress at a diner on the Upper West Side during her school years, using one of her first paychecks to buy a $600 Gucci purse, a preview of her later dive into high fashion. Though some jealous older girls sometimes referred to her as “the Germ,” the article says, most classmates remember her as being popular and not the awkward outcast she has painted herself to be in interviews.

In addition to being a theater nerd, Gaga began her musical experimentation, starting a classic-rock cover band, performing at open-mic songwriter nights and cutting a demo tape of love ballads that her parents gave out as party favors at her sweet-16 party at a New York club.

“Everyone was playing her demo, like, ‘Whoa, she’s going to be a star,’ ” Justin Rodriguez, who attended Regis, told the magazine. “She was by far the most talented person in high school, but she’d do so many random acts of kindness, like saying, ‘Your singing has gotten so much better, you’re working hard and I’ve noticed.’ She wasn’t a diva at all.”

Like many of her peers, the article says Gaga had obtained a fake ID by the time she was 15, around the time she started dating a 26-year-old waiter and got her first tattoo, a musical G clef on her lower back. About 15-20 pounds heavier at the time, Gaga would often get into trouble at school for wearing inappropriately low-cut shirts, which reportedly earned her the high school nickname “Big Boobs McGee.”

After graduation, she briefly attended New York University, but feeling she was more advanced than the other students, she dropped out during her second semester to pursue her dreams of rock stardom. Her dad agreed to pay her rent for a year if she promised to go back to school if things didn’t work out.

“I left my entire family, got the cheapest apartment I could find, and ate sh– until somebody would listen,” she told the magazine of her early days.

An EP of ballads as the Stefani Germanotta Band soon followed, with a dedicated fanbase of 15-20 people showing up at her shows.

A week before her one-year deal with Dad was up, Gaga performed on a bill with Wendy Starland, who introduced Germanotta to producer Rob Fusari, an early collaborator who recently filed a $30.5 million lawsuit against Gaga over claims he hasn’t been properly compensated for the work he did establishing the Gaga sound and persona.

After feeling uninspired by her rock-singer direction, Fusari said he decided to re-invent Gaga as a dance-pop artist and encouraged her to ditch her leggings and sweatshirt look in favor of something flashier. So Gaga began studying how to be a star by reading a biography of Prince, shopping at American Apparel, reading the new age-y self-help bible “The Secret” and cutting her skirts shorter and shorter until they basically disappeared.

A short-lived, $850,000 deal with the Island Def Jam label followed in 2006, after which she went back to square one and performing in small New York venues and go-go dancing at the club Pianos while wearing a bikini and fingerless gloves and opening for the band that is now her opening act, Semi-Precious Weapons. By the spring of 2007 she auditioned for Interscope boss Jimmy Iovine, who signed her, and after a makeover that resulted in her signature blonde hair and space-age-disco-diva look, the Gaga we now know was born.

“I believe that everyone can do what I’m doing,” she said as things were starting to heat up. “Everyone can access the parts of themselves that are great. I’m just a girl from New York City who decided to do this, after all. Rule the world! What’s life worth living if you don’t rule it?”