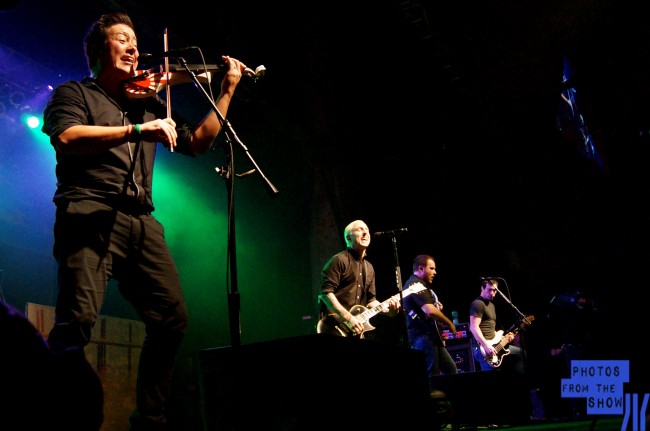 The dense fog couldn’t stop show-goers from lighting up with smiles as they waited in line outside The Paramount in Huntington, NY on January 12th. Yellowcard were making their return to Long Island and it was definitely a special occasion for both fans and the band as the concert was being broadcast live on TV. Support for the show came from Fireworks, Young Blood, and The Call Out, all helping to add to a memorable night.

Kicking things off was The Call Out. Hailing from New Jersey, the band played a fun set of pop rock similar to early You Me At Six and Hit The Lights. The crowd remained attentive throughout their set and newer song “4:36 AM” got a few people moving along. Up next were Young Blood, who took the stage to Queen’s “We Will Rock You”. The band exuded a lot of character, but their performance was not up to par. Luckily, they have time to work on this as they have only been a band for a few months and have yet to release any material.

Right before Fireworks took the stage, a small yet dedicated group of fans rushed toward the barricade to be up front to sing along. The band has come a long way in the past few years, growing immensely in sound while still holding on to their pop-punk roots. Starting with “Arrows,” the band moved effortlessly through their set. Vocalist Dave Mackinder made the audience feel welcomed, thanking those who had seen them before as well as first-timers. The band’s set relied heavily on material from their latest release Gospel, with “I Grew Up In A Legion Hall” and “When We Stand On Each Other We Block Out The Sun” being the only tracks not on the album. Closing with “The Wild Bunch” left things on a joyous note, with those in the know singing back the anthemic “We all grew up weird enough / To laugh at how we used to be / Did you turn out weird enough / To laugh at how you used to be?”

You could sense the excitement in the room as the venue began to fill up and the camera crew got ready for Yellowcard. The band entered on stage in strikingly similar outfits and singer Ryan Key quickly grabbed the mic to inform the crowd how excited the band was to share this special night with them and gave a quick hello to those watching at home. Blasting off into “Awakening” before continuing into “Surface Of The Sun,” “Way Away,” and “Breathing,” the band played a steady set of hits and new favorites. It was clear to see that the audience was split between younger fans, lifetime followers of the band, and those who just wanted to re-live 2003 for a night. 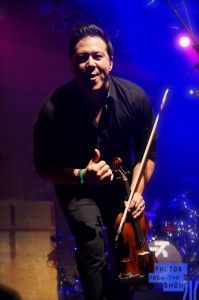 It was easy to get the crowd moving; “Rivertown Blues” and “Five Becomes Four” incited massive circle pits while “Hang You Up” initiated some slow dancing. For “Here I Am Alive,” Tay Jardine of We Are The In Crowd joined the band on stage to sing her part of the song – a rare treat for the fans. The singers didn’t get the entire spotlight, though, as violinist Sean Mackin was up to his usual crazy stage antics and drummer Longineu Parsons had an extensive solo before kicking into the explosive “Lights and Sounds.” The audience moved in unison to “Only One” before Yellowcard rounded out the set with “Southern Air,” the title track from their latest album.

The band then left the stage only to come back out after a few minutes of chants for a three-song encore consisting of “Sing With Me,” “Believe,” and “Ocean Avenue.” They teased at a ten-year anniversary tour for Ocean Avenue in the fall before the venue erupted into a full-out frenzy as the band played arguably their best-known song. It was quite a sight as the entire venue sang along to “Ocean Avenue,” with even the bartenders jumping atop the bar to dance and sing along. The band then graciously thanked the audience once more and threw what seemed like an avalanche of set-lists, guitar picks, and drumsticks into the crowd. Since coming back from their hiatus, Yellowcard show no plans of slowing down, and with the stellar performance they put on, it’s clear to see that they’re here to stay.