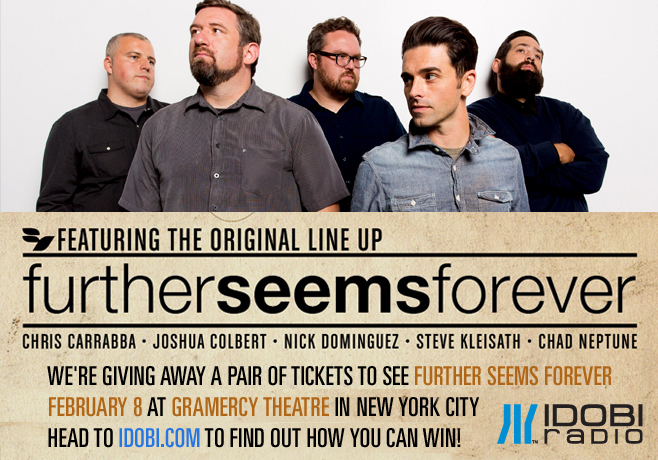 We’re excited to be giving away a pair of tickets to Further Seems Forever’s February 8th show at the Gramercy Theatre in New York City! The show is part of a short string of east coast dates – the band’s first tour since 2006. It’s going to be a special night, and we want you to be a part of it!

I want idobi Radio to send me to see Further Seems Forever at the Gramercy Theatre on February 8! http://bit.ly/Xf9Nzr

It’s that easy! Remember that in order you qualify, you must tag all three pages and include the ticket link. Contest closes Wednesday, February 6 at 11:59pm ET with the winner randomly selected and announced on Thursday. Good luck!