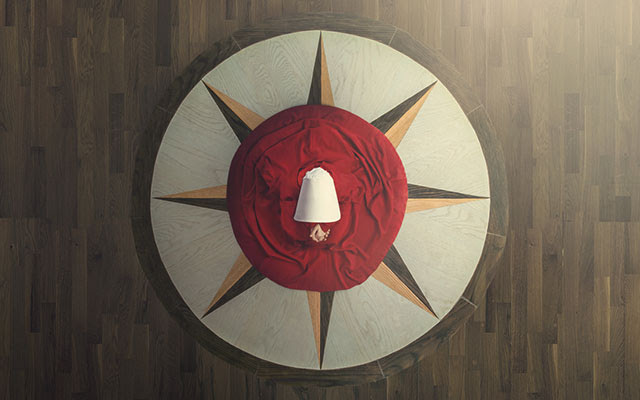 Are you awake yet? You can see the new full-length trailer for the upcoming Hulu series The Handmaid’s Tale below, and there’s only one word for it: chilling. Based on the novel of the same name by Margaret Atwood, the story tells of the dystopian and totalitarian society of Gilead, where women are property of the state, forced into sexual servitude in order to repopulate the dying world and combat the plunging birthrate. As one of the last remaining fertile women, Offred (Elisabeth Moss) becomes a Handmaid in the Commander’s household, trying to survive in this cruel and unforgiving world and find the daughter that was taken from her.

The show premieres on April 26, and new episodes will stream weekly on Wednesdays. This story is particularly poignant and so relevant in today’s world, and as big fans of the novel, we cannot wait to see this Hulu adaptation. Watch the new trailer for The Handmaid’s Tale below, and mark your calendars for April 26!