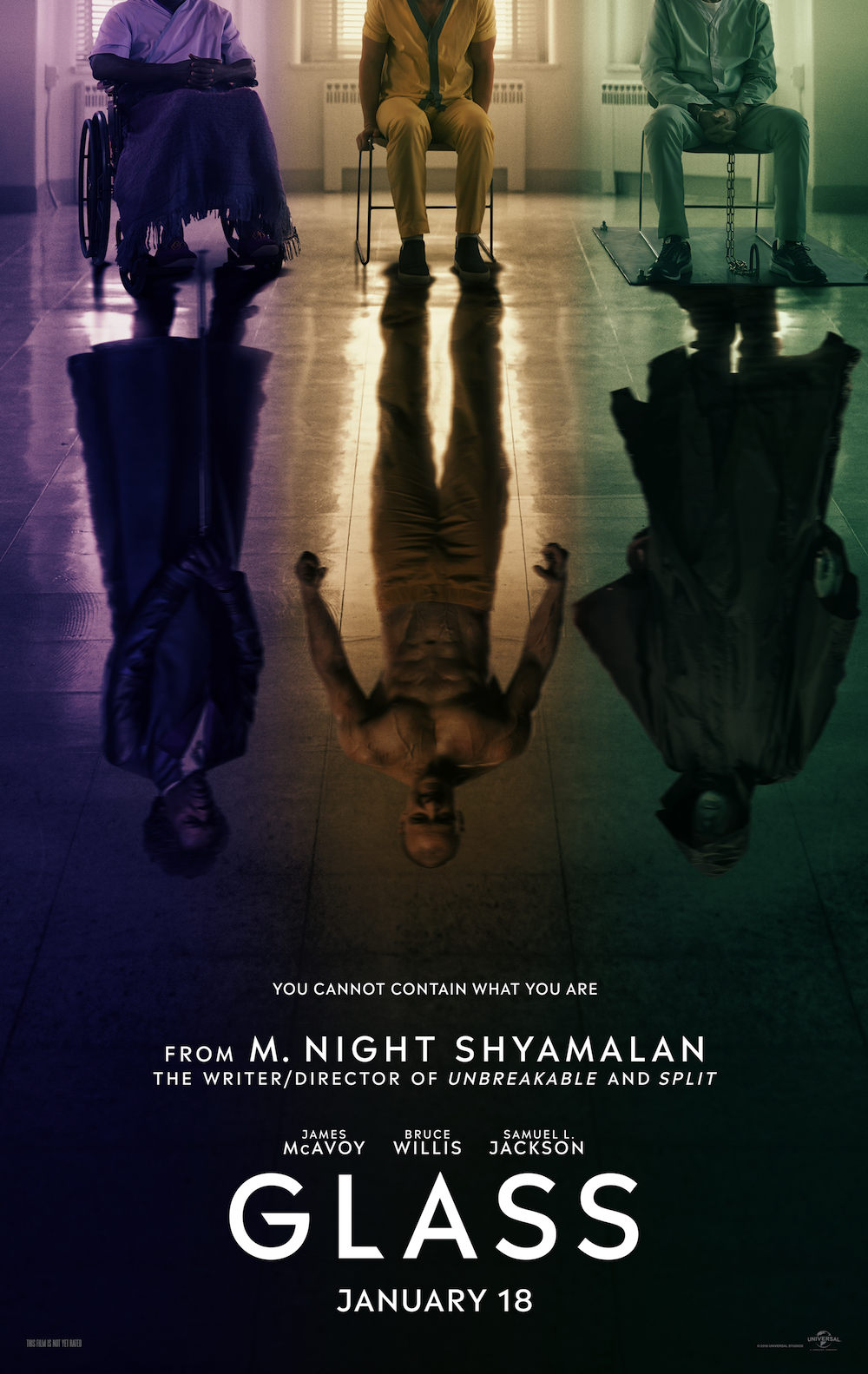 The bad guys are teaming up and we’re shattered… The trailer for M. Night Shyamalan’s new movie Glass has arrived—start screaming accordingly. To round out the terrifying trilogy, following 2000’s Unbreakable and 2016’s Split, Glass brings together David Dunn (Bruce Willis), Kevin Wendell Crumb (James McAvoy), and Elijah Price also known as Mr. Glass (Samuel L. Jackson). That trio of acting starpower alone is enough to give anyone chills and they all bring their A-game in this incredible new trailer.

Glass finds Dunn and Crumb in a psychiatric ward (because putting those three close to each other was such a good idea). Glass orchestrates the other two for his own evil plans to awaken The Beast within Crumb and show the world who they really are. And gotdamn does it look intense—your heart won’t stop racing for a long time after watching this trailer. Glass hits theatres on January 18th—prepare yourselves now and hit play below.