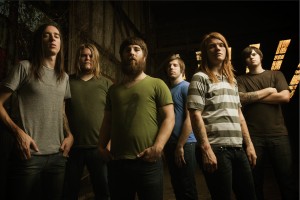 Once Underoath has completed its current European tour, singer/drummer Aaron Gillespie will be leaving the band.

The band issued a statement clarifying that the decision had been made after much careful consideration and prayer. Gillespie was the only remaining original member of Underoath. He will be focusing on his side project The Almost as well as doing some ministry work and teaching drum lessons.

Gillespie also took to his Tumblr to reassure fans that there is no bad blood between him and the other members of Underoath and that the band will be continuing to make music without him.