Turnover and Major League will head out on tour together this fall with support from Maker. Both bands have been gaining momentum in the pop-punk world and will soon be releasing full length albums.  Major League will release their debut album, Hard Feelings, on November 13 via No Sleep Records.  Turnover is currently recording their debut full-length with Will Yipp (Title Fight), due out in early 2013 on Run For Cover Records. Tour dates can be seen below. 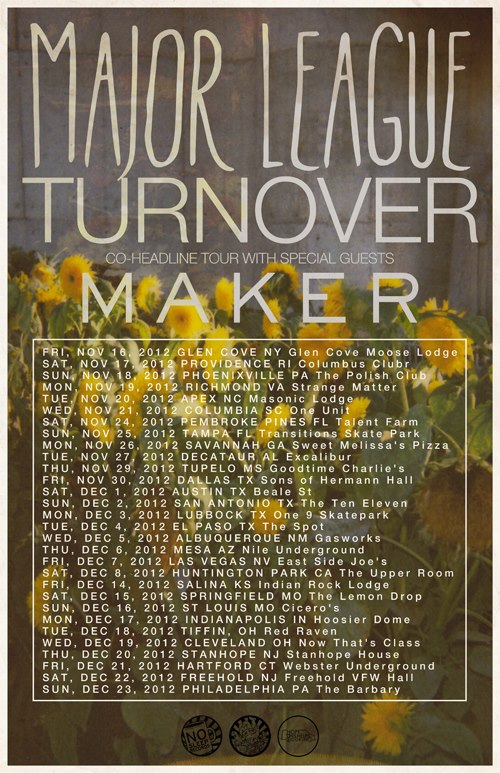