People were taking pictures at shows for years before someone at Oxford decided it’d be a good idea to add the word “selfie” to the dictionary, but the advent of the smartphone has made it more popular than ever. Even Taylor Swift recently wrote that she hasn’t been asked for an autograph “since the invention of the iPhone with a front-facing camera.” And while T. Swift may not be our go-to industry insider, she has a good point–in the digital age, snapping a quick photo on your phone is often the easiest way to capture a moment. Even our writers have a few show selfies tucked away on their hard drives, and we’re sharing some of our favorites with you in this week’s Tuesday Ten. 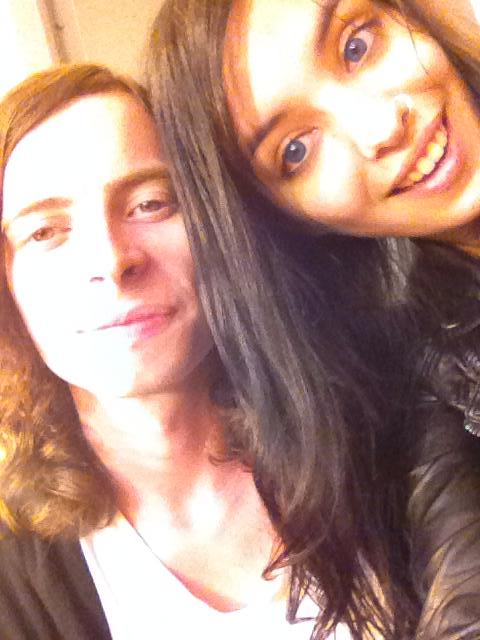 This was taken at my 12th The 1975 gig since their second ever US tour date in March of 2013 as well as my last show before I graduated college that following weekend, so the entire night was pretty memorable for me. I was beyond thrilled when the band finally had John tour with them full-time and come stateside, and not only is he incredibly talented, but he’s also a sweetheart! Any fan of the band could tell you that hearing “Heart Out” without its trademark saxophone solo is a crying shame, so John’s stellar saxophone skills rounds out the band’s already great live set in an all-too-perfect way. (Tarynn Law) 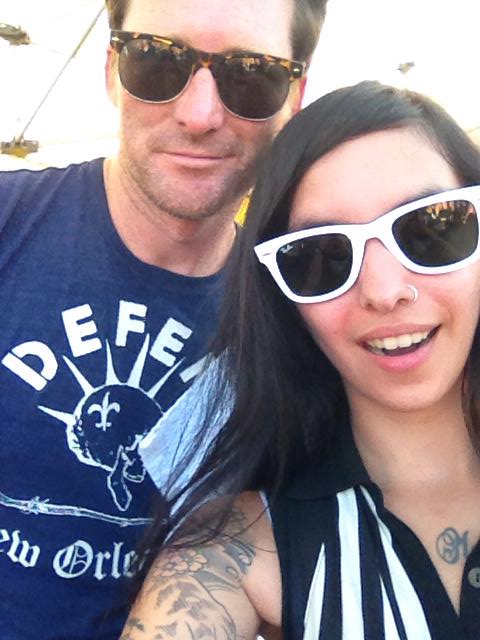 While I was standing in line for the Anberlin meet and greet at Warped Tour this summer, we were told – quite loudly, I may add – that we couldn’t take any group shots with the band to save time. I decided that if I couldn’t take a group shot, I’d take a selfie with Stephen, and the above photo was the result! 2014 is Anberlin’s last year as a band, and considering I’ve been a fan of theirs for the last nine years of my life, this selfie was a long time in the making and also pretty bittersweet. It’s a bit of an odd thing to have a band that’s essentially grown up with you call it quits after all this time, but with the release of their fantastic last album Lowborn and their final tour coming up later this year, it’s safe to say they’ll be going out on top and I’ll always cherish when I’ve seen them at gigs (sixteen times and counting!) and the memories I’ll have of them. (Tarynn Law) 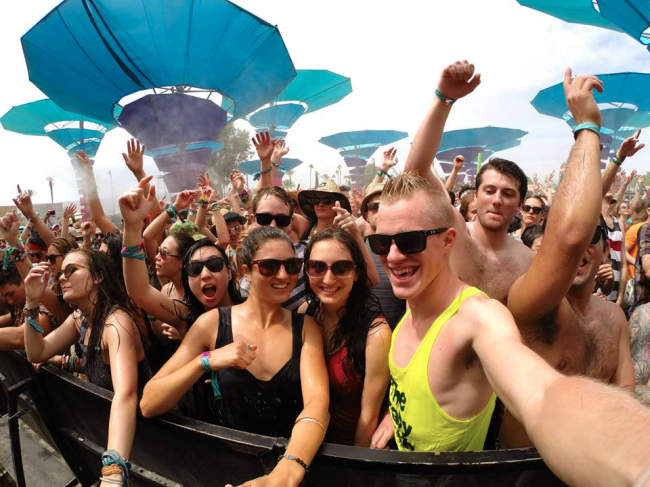 This was the first multi-day festival I ever attended and the fact that it was three full days packed with sets makes it incredibly difficult to pick one memorable moment. What stood out to me about Coachella was how they combined the music, art installations, and a location in the middle of nowhere to create a surreal atmosphere that separates you from reality. It was an experience unlike anything else in my life. (Catherine Yi) 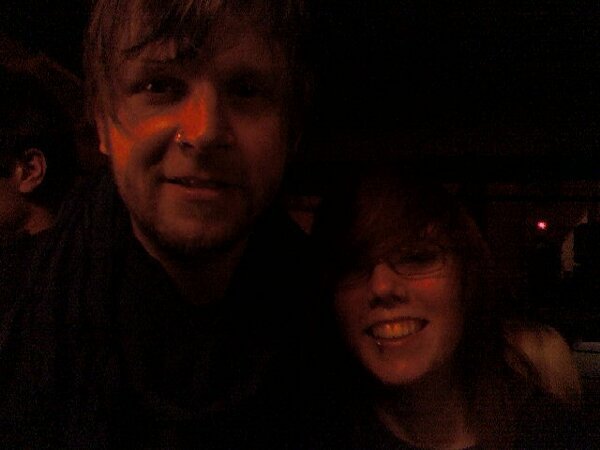 It’s a good thing that show photos are about capturing moments and not about technical proficiency, because the dim of Toronto’s Opera House ended up giving me and Copeland’s Aaron Marsh a serious case of Floating Head Syndrome when we snapped this picture. But no amount of bad lighting could take away from how special this night was: this tour was the last opportunity for the foreseeable future to celebrate the life and times of Copeland before they went on hiatus, and their performance that night was nothing short of breathtaking. Looking back at this photo used to be bittersweet, but since the band’s recent reunion, it’s a much happier sight. (Eleanor Grace) 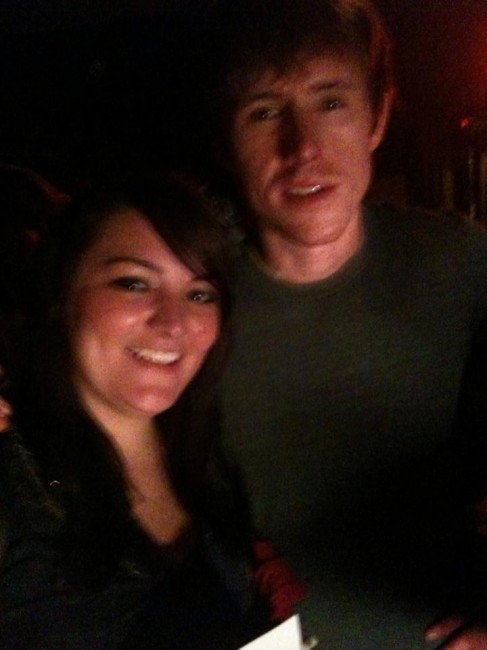 As we all know by now, Lydia is my favorite band in the entire universe. Really, I mean it. If I could only listen to one band for the rest of my life, it would be Lydia. So, naturally, when I heard they were breaking up, I was devastated. Mindy White had already left the band, and I had never seen them live. Even though I had just started a job and had orientation at 7 a.m., I absolutely HAD to drive a hour and a half to New Orleans to see the Goodbye and Farewell tour. It was heartbreaking, but I couldn’t carry on without EVER seeing my favorite band live. When I met Leighton for the first time, I rambled about my love for their music, and I’ll never forget his coy smirk and what he said next: “Don’t worry, there will be more.” My heart skipped a beat and I could barely contain my excitement when I asked for a photo. He happily obliged, but since the venue was so dark, we used the light that illuminated (see what I did there?) from a desk lamp at their merch table. “Ugh, that light is too bright,” Leighton said. Never forget. (Alyson Stokes) 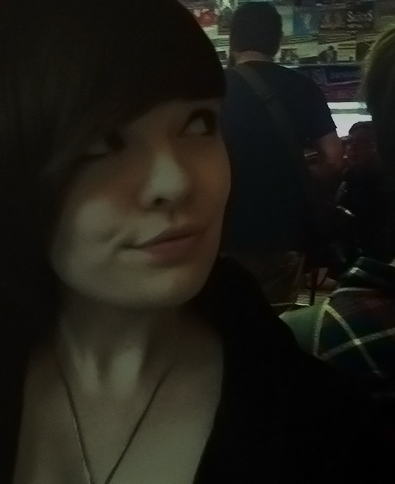 Manchester Orchestra’s instore set at my local record shop was one of the most oversold shows I’ve ever seen, which is why I have a super-sneaky selfie of me “backstage” (aka behind the store counter which acts as a stage) because there was no space anywhere else–a clear testament to just how brilliant Manchester Orchestra are. It was definitely an incredible experience to witness them play some of their new songs off of COPE semi-acoustically, and they still managed to achieve their trademark echoing sound in such an intimate atmosphere. (Alex Bear) 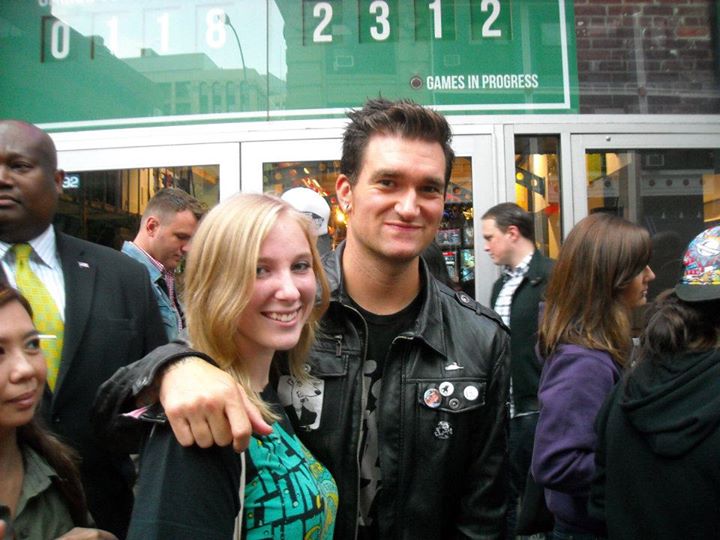 When I left this show to go home, I realized I was accidentally walking right behind the band. Embarrassed (as I was even wearing a New Found Glory shirt), I sped up in an attempt to walk past and not seem so stalker-ish. But when I walked by, Chad Gilbert called out, complimenting me on my shirt and asking if I wanted to walk with them. Great day? Great day. (Alyssa Dempsey) 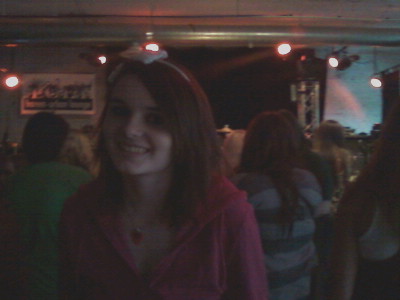 I didn’t choose this specific concert because it was held at my favorite venue (it wasn’t), or because I met my favorite artist (I didn’t), or because I have some outrageous crowdsurfing story that ended in a high five from Matt Toka (that didn’t happen). I chose the twenty-seventh date of the Blackout Forever tour because it was the outset. I would not be writing to you right now about my favorite concert selfie had these five acts not introduced me to the exciting, adventurous, magical world of the music industry on April 25th, 2012. Watching all those who had a hand in making this show happen made me realize I wanted to spend my life assisting the creation of live music, whether that be through helping out at a venue, or supporting bands through articles and interviews. (Emillie Marvel) 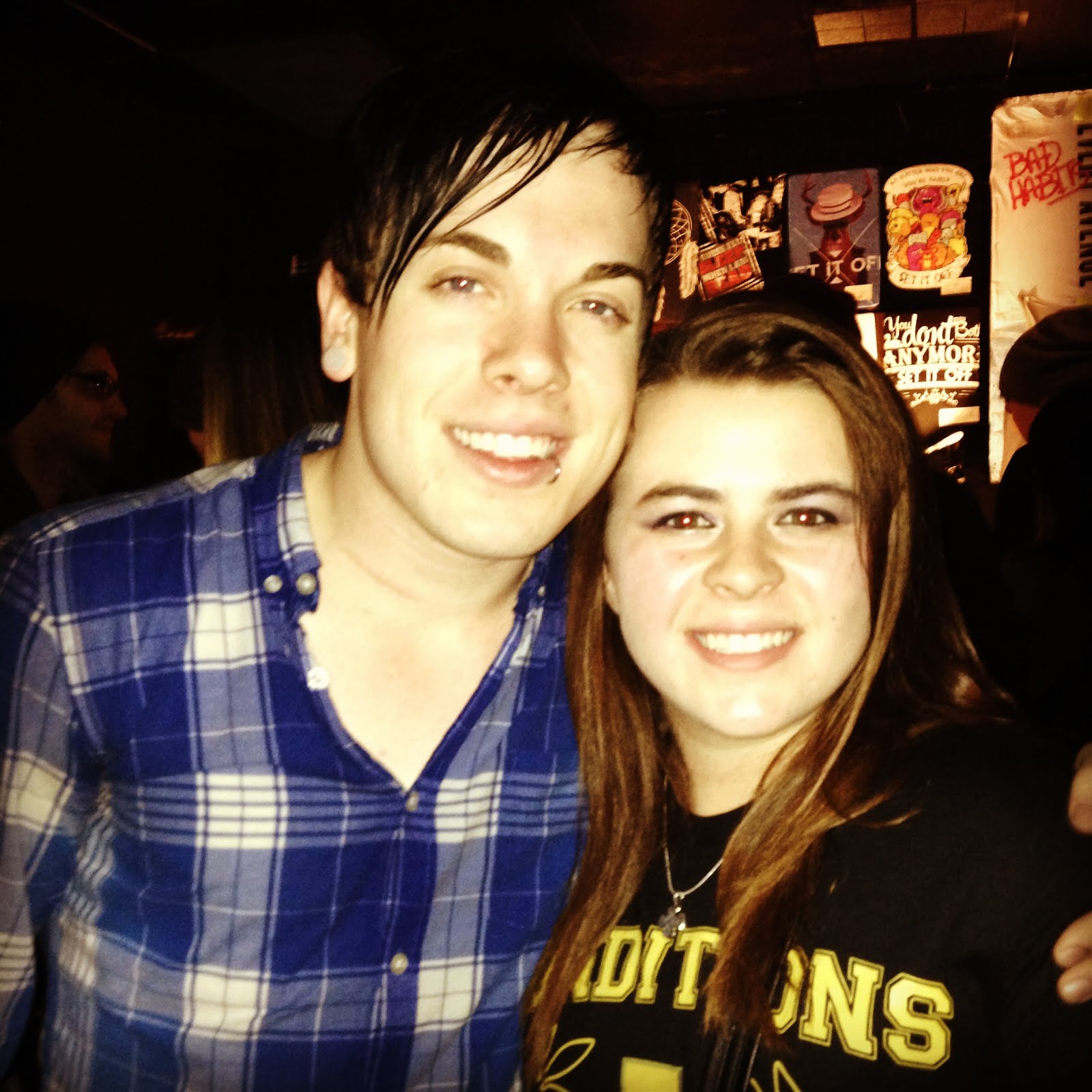 This show has a lot more meaning than I ever could have imagined. It was a bittersweet night, since Every Avenue was playing their last tour ever, but it was the first time I saw Set It Off live. The most memorable part of the evening was when I had the privilege of meeting and talking to the lead singer Cody Carson in between sets. We actually talked about what I was doing in school and my career goals for writing in the music industry. Cody was very supportive, genuinely interested in my life, and gave me really good advice! I never could have expected that. I bought the band’s album Cinematics at the show, and my friends and I jammed it for most of the ride home. It was actually that conversation with Cody Carson that convinced me to send in my application to write for idobi. I sent in my very first album review ever, of Cinematics, to the website editors only a few hours before the deadline, and to one of the greatest surprises of my life, here I am. It’s hard to believe, right? A few minutes with a stranger and a single vote of confidence was all it took–now I’m doing exactly what I’ve always wanted to do. (Hannah Pierangelo) 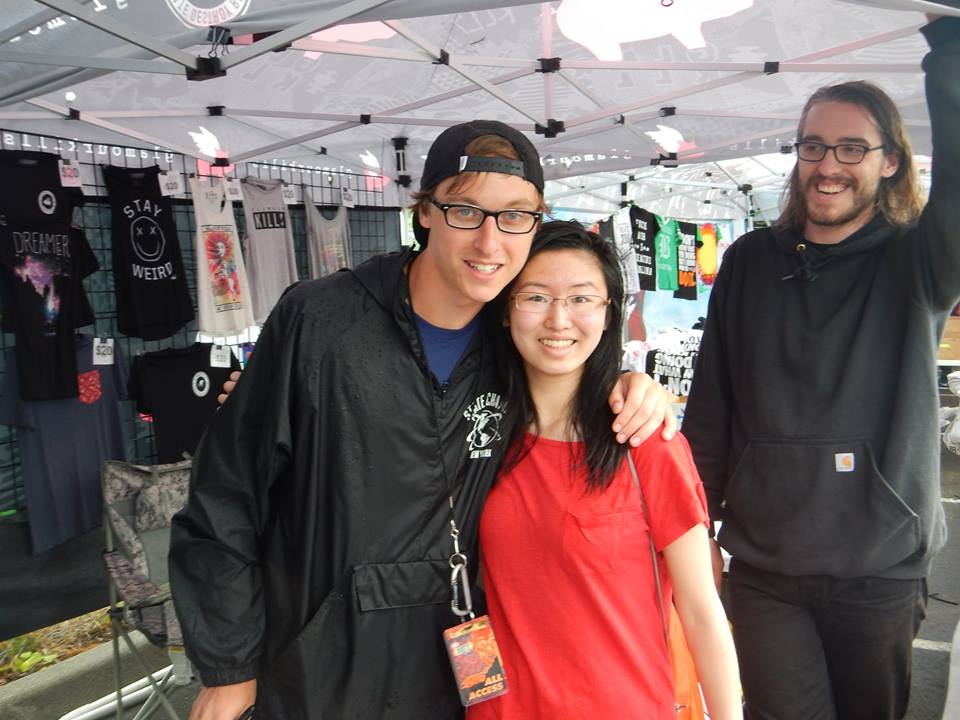 If you were at the Seattle date of this summer’s Warped Tour, you’ll know that it was pouring rain on and off all day. Sure, it’s nothing out of the ordinary for us Washingtonians–it feels as if we live under a near-constant cover of stormy clouds–but meeting State Champs was arguably the brightest moment of my day. Their debut record, The Finer Things, had been on repeat for the weeks leading up to the big day, and it felt surreal to see the band live (like having the glare of the sun in my sight rather than overcast clouds). (Emily Yee)