While Lil Wayne has, to the best of my knowledge, spent around 70% of his career so far behind bars, you don’t need to share his level of passion for drugs and weapon possession to end up in an orange jumpsuit. In this week’s Tuesday Ten, we look at some of the other crimes that have landed musicians behind the ever-so-flattering lens of the mugshot camera. 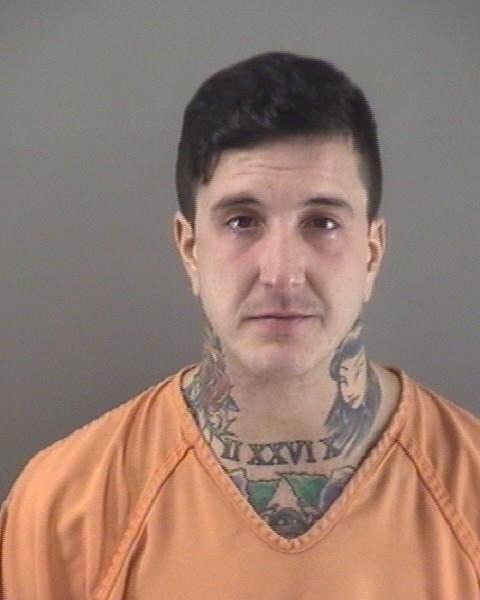 If your dog got arrested after destroying your mom’s brand new leather couch, his mugshot would probably look a lot like Austin Carlile’s. While celebrity mugshots generally fall somewhere between Justin Bieber’s shit-eating grin and Lindsay Lohan’s “dear god, why did I do all that coke” look, Carlile’s bleary eyes are filled with pure sadness –  and given that he and Of Mice & Men’s drum tech Lionel Robinson II had just been arrested for felonious assault, it’s not exactly surprising. The pair were taken in after a street brawl in Bowling Green, Ohio –  a location that always makes me picture the assault happening in a bowling alley –  and Carlile was eventually found guilty of misdemeanor assault. But thanks to those puppy dog eyes, everyone seemed to forget about it pretty quickly, and Carlile has kept his nose clean since…not unlike a puppy. (Eleanor Grace) 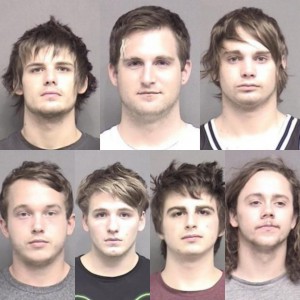 Everybody loves a good drug bust. I See Stars–yes, the entire band–were arrested in 2012 for possession and intent to use hallucinogenic drugs, with bail set at $1000 each. The band claimed on Facebook that they only possessed marijuana, which makes for a pretty hefty price for getting high. The funny thing about the situation is that the few hours of jail time might not even be the worst part–a month later, I See Stars were kicked off their fall tour with Falling In Reverse by Ronnie Radke himself (keep in mind Radke’s own history or arrests and prison time). The band was able to join the tour in the end, but only after they agreed to go unpaid. Even so, they only lasted a month before Ronnie kicked them off again. Despite a social media war between the two at the time, it looks like both parties have reconciled their differences and put the beef to rest. On the bright side, now they both have jail stories to share! (Hannah Pierangelo) 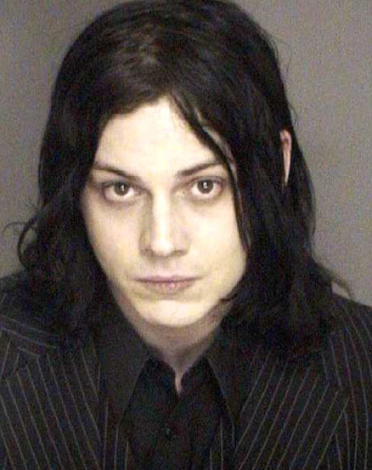 Jack White’s hair looks damn good. All. The. Time. Yes, even in a mugshot. Maybe it’s just the bad boy essence that gives him that look. ANYWAY, in 2003, Detroit police arrested White after he got into a physical altercation with Jason Stollsteimer of the band Von Bondies. The brawl took place at Detroit’s Majestic Theatre Center in a nightclub called The Magic Stick. Turns out the White Stripes’ frontman definitely had the magic stick during the rumble because he beat up Stollsteimer pretty bad; in fact, it was downright ugly. Stollsteimer was bloodied up and walked away with a wicked black eye, but it wasn’t the first time he and White had a disagreement. Apparently, Stollsteimer didn’t give White the producer credit he thought he deserved on the 2001 Von Bondies album “Lack of Communication.” In the end, White plead guilty to aggravated assault in March 2004, and the court ordered him to pay $750 and attend anger management classes. I’m betting his hair still looked flawless. (Alyson Stokes) 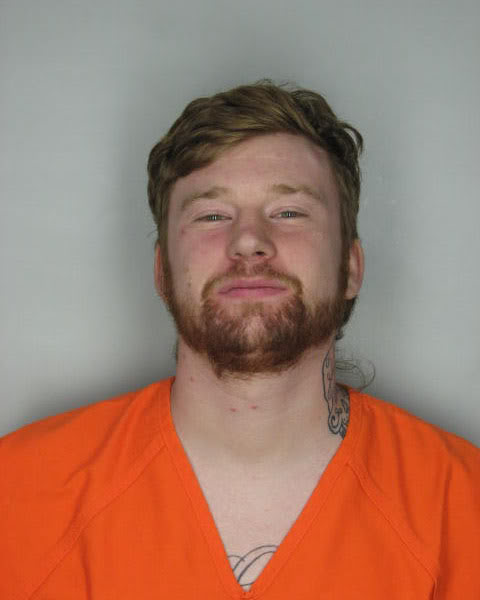 Drug addiction can make people do terrible, terrible things…but how far do you go before trying to sell imaginary MacBooks to fans? Ask Jonny Craig, ex-frontman of Emarosa and Dance Gavin Dance. Embroiled in a massive internet scam where he claimed he was selling a MacBook via Twitter, at least a dozen fans believed that they were not only getting a deal on a new laptop, but also a prized possession of Craig’s. Except for the fact that the money was readily accepted by the lead singer, the laptops were never delivered to the eager fans, and things quickly got ugly. Though he claimed his Twitter account was hacked and he had nothing to do with the scam, Craig was dropped off a tour with Emarosa in order to enter detox to fight his then-current drug addiction. Following his time in rehab, he was charged with two counts of possession of narcotics, two counts of possession of drug paraphernalia, and one count of failure to appear on a felony charge with bail set at $15,000. Though Craig is no longer a part of Emarosa or Dance Gavin Dance and lost support from Rise Records and many fans, his music is still very much alive. At the beginning of this year, he started an Indiegogo campaign asking fans to contribute $20,000 to his new solo project’s EP, offering perks such as a phone call from the singer, a YouTube video dedication, even the opportunity to perform one of the EP’s tracks for $2,500. (We noticed that MacBooks were not a part of any of the perks.) And it worked out, too – Slave’s first EP Through Art We Are All Equals was released on June 24th, showing that fans were willing to give Craig a second chance. I guess with a voice like his, you sure can get away with anything…though I’d think twice if he ever tried to sell MacBooks online again. (Emily Yee) 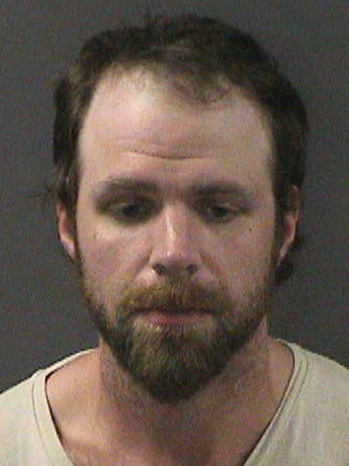 Michael Todd hasn’t had the best track record during the span of his music career with Coheed and Cambria. After initially parting ways with the band in 2006 due to a growing heroin addiction, being convicted of drug possession, and arrested for reckless driving, more problems ensued in 2011 after he had rejoined the band. While on tour with Soundgarden, Todd was arrested backstage at the Comcast Center in Mansfield, Massachusetts for armed robbery and unlawful possession of narcotics. According to reports, Todd showed a threatening text message to a Walgreens pharmacist indicating that he had a bomb in order to obtain six bottles of OxyContin pills. Todd ended up pleading guilty to his charges and was ordered to serve one year house arrest and three years of probation, and Coheed felt it necessary to officially part ways with him. Today, Todd can be found scamming fans with promises of obscure Coheed merch or jamming with his Kickstarter-funded project, Flux Fortuna. Either way, we can only hope the money is being used appropriately. (Ethan Rose) 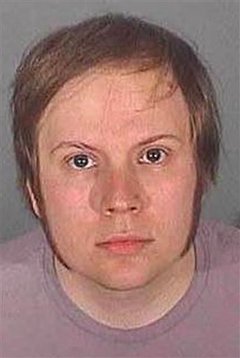 Who would’ve expected the nicest guy in rock n’ roll to ever have a run in with the law? When Patrick Stump was arrested back in 2009, Fall Out Boy fans (and their mothers) everywhere were shocked…until they found out what it was for. The lyric “The press prays for whichever headline’s worse” really was true in this case–despite the media negativity, it didn’t have the slightest impact on his career, generally making fans go “aww” before forgetting about it completely. Stump was detained in Los Angeles for the tamest crime ever in true nice-guy fashion–because he failed to appear in court for driving without a valid license. When he was released the following morning, his response was first to apologise for his actions, and then to say, “Man, is my mom gonna be pissed.” Did you really expect any other reaction than that? (Alex Bear) 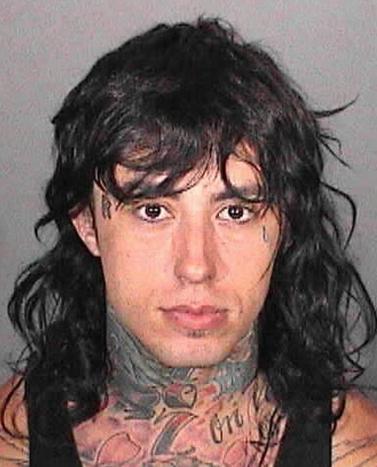 Oh, Ronnie Radke, you shining star of classiness. Radke is perhaps better known for his antics than for his music, having infamously spent two and a half years in prison for his involvement in a fight that left one dead. Or how about that time he was charged with domestic violence for allegedly assaulting his ex-girlfriend? Despite the growing controversy, his fans stuck loyally by him…but a few unlucky ones may have rethought that decision after getting hit with mic stands that Radke threw into the crowd at a New Jersey show, for which he was arrested once again. For those of you keeping score at home, that’s more arrests than Falling In Reverse have records. But there is an interesting lesson to be learned in all of this: not even all the scary prison tatts in the world can make a line like “White boy on the beat rockin’ Gucci sneaks” sound remotely badass. (Eleanor Grace) 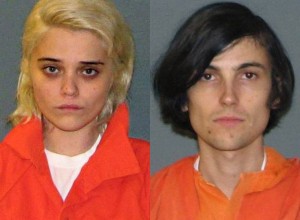 In Zachary Cole Smith’s defence, “heroin addict” has become synonymous with “tortured genius” in some corners of the music world –  so a stack of drug charges seemed to fit nicely with his newfound status as one of indie rock’s most exciting songwriters. When Smith was pulled over for traffic infractions on his way to perform at the Basilica Soundstage festival with with his band DIIV, police found more than they bargained for – specifically 42 decks of heroin in the truck. They also found Smith’s pop star girlfriend Sky Ferreira and the bag of ecstasy she was carrying, which landed her with charges not only for drug possession but also for resisting arrest. Oh, and if that weren’t bad enough, the plates on Smith’s truck had been reported stolen –  so possession of stolen property was added to the rap sheet. “Everything is embarrassing” indeed. But with Smith in post-rehab therapy and both hard at work on new music, their story looks like it’s gearing towards a more redemptive turn than the Kurt and Courtney narrative that has followed the couple since they first linked up. (Eleanor Grace) 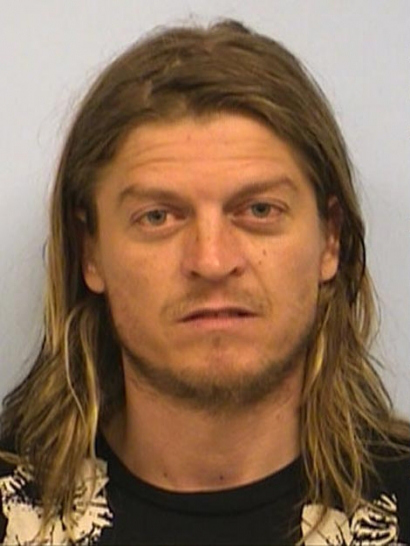 Rock ‘n’ roll and mugshots go together like idobi Radio and Twitter puns, making one of modern rock’s biggest criminals the perfect fit for this week’s topic. From drug abuse to–as TMZ so eloquently put it–visiting an airport as a “drunken d-bag”, Wes Scantlin of Puddle Of Mudd is no stranger to a pair of handcuffs. A point of interest for this article wasn’t difficult to come by, with the most entertaining of his offenses involving a buzzsaw, a sledgehammer, and a lack of neighborly demeanor. Summer of 2013 found Scantlin raiding his collection of destructive tools as a disagreement with his neighbor, musician Sasha Gradiva, came to a head. The vocalist took to demolishing the patio next door, and a wall along with it, in a game of “where the property lines lay.” Scantlin swears the vandalism was a response to the lack of respect the property owners before Gradiva had for his patio and outdoor staircase, the electro dance artist was quick to file a restraining order and claim the behavior wasn’t a rare occasion. Whether or not the structure did find its way onto Scantlin’s property and subsequently damaged it, becoming his own personal wrecking crew probably was not the most mature way to handle it. Since then, he’s found himself in the middle of yet another gossip-worthy story after a massive meltdown on stage in Dallas, TX, making us wonder if “Psycho” was actually an autobiographical song. (Emillie Marvel)