Now in its fourth year, Today’s Mixtape Festival will be making history this year with The Movielife’s first Long Island show in 13 years as well as A Loss For Word’s final performance in Long Island. Andrew W.K. will be performing at the official after party on Saturday. A portion of ticket sales this year will go to The Safe Center, a non-profit agency on Long Island offering services to victims of child abuse, domestic and dating violence, rape and sexual assault, and human trafficking.

VIP and weekend passes are already on sale and can be purchased here. You can view the tour poster below. 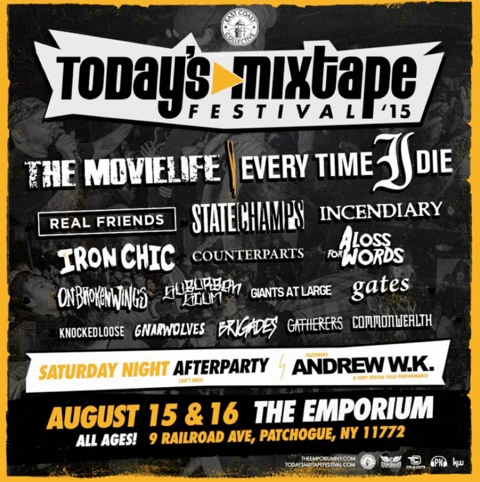