Today’s Mixtape Festival is back for it’s 3rd year and with a killer lineup at that. The Festival will take place on Long Island, as well as hold it’s first year on the West Coast in Oakland, California. Bands on the Long Island festival include Stick To Your Guns, Terror, Such Gold and A Loss For Words. The first day of the festival in Oakland will host the Pure Noise Records 5 year anniversary show featuring The Story So Far, Rotting Out, The American Scene, and more. Bands playing the other days include The Wonder Years, Defeater, Comeback Kid, and a newly reunited Troubled Coast. More bands will be announced for both festivals in the next 2 weeks. Tickets are available here now and you can see the announced lineups for each festival below. 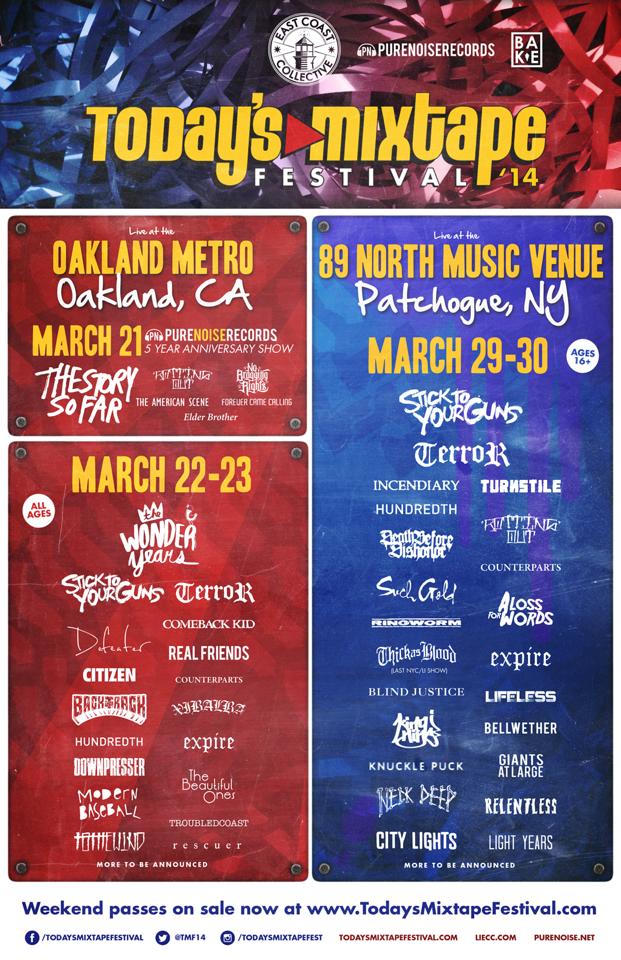 Tags: stick to your guns, Terror, The Story So Far, The Wonder Years, Today's Mixtape Festival