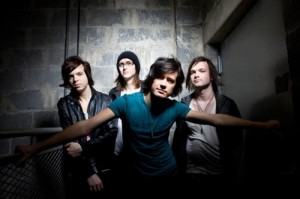 This Providence have left Fueled By Ramen Records in what vocalist Dan Young referred to as a somewhat mutual decision. The band is about to embark on tour with Go Radio and will also be releasing a 4 song EP, previously announced on The Gunz Show. The full statement can be read below.

Tomorrow marks the 3 year anniversary of,  Who Are You Now?  Also tomorrow, we’ll pile back into our big red van and head east on our first USA tour since the “‘Bout Damn Time Tour” almost 2 years ago. That was our first headlining tour. Ever. It took us 2 record deals, 3 albums and 5 years of steady touring just to get to that point. Hence the name of the tour.

I imagine you might be asking yourselves why everything takes so damn long when it comes to This Providence. Well I’ll be honest, I don’t have a good answer for that. I suppose I could have a cry and go on whining about how the last 9 years have been an uphill battle, but I’m over that sort of nonsense. Perhaps that’s the very attitude that has held us back from fully realizing our dreams. Clinging to bitterness doesn’t seem to do anything good for anyone. Hell, we have no right to be bitter! We have been served opportunity on a shimmering silver platter. And Fueled By Ramen has been dishing up that opportunity (pun intended) since the day we began working with them.

It’s been a great run with FBR, but the time has come for us to part ways. I can’t say the decision was entirely mutual, but I can’t say it wasn’t either. After what is now verging on 2 years of writing, demoing, and discussing songs for our 4th record, it became evident that we just weren’t seeing eye to eye creatively.

We’re not the same band that signed to the label 6 years ago. Our vision is different now, we’ve grown to see things through new perspective. Our sound is changing too, as I’m sure it always will. I don’t like doing the same thing over and over. I believe a musician should take risks. That’s what art is about, it’s about taking risks and mapping your own unique path. When I take a step back and look at the big picture, there’s a lot about this whole scenario that makes sense to me.

“Wait, what?!” Yeah, at first our confidence was shaken. But that quickly changed when we realized we had to do something fast or else the band would be in danger of falling apart. The reality of being an independent band again forced us to ask ourselves if we could handle what feels like, well, a risk. It’s comforting having a home on a record label. Honestly it made me feel validated, almost as if being signed equated to some divine stamp of approval. It struck me though, that a record label needs music in order to exist. The opposite is not true, music exists either way. All I really need is a guitar and my band to make that sweet, sweet rock ‘n roll that I am so unabashedly addicted to!

After a few sincere discussions with the boys, we collectively decided that we needed to brush ourselves off and give it everything we had. I reckon we were kidding ourselves to think we had the capacity to simply walk away.

Though it wasn’t necessarily easy being let go from the label, we haven’t allowed it taint our respect and appreciation for all the passionate music lovers at Fueled By Ramen. We owe them an enormous amount of gratitude for their hard work, and far-reaching assistance in getting us to where we are today. Coincidently, as I was working on this very paragraph, our A&R guy, Johnny Minardi, gave me a call, just to catch up and encourage us to keep at it. Love that guy! Minardi has always been a strength to me, even on a personal level. Throughout the writing process, he coached and pushed me to overcome my writer’s block, which turns out is just another symptom of anxiety. He saw me through that monster too. Today he told me he’s proud of his part in these songs. I think he damn-well should be.

We’re back at it, folks! Priority number one for us was releasing new music, so last week we tracked 4 brand new songs for an EP that is set to be independently released in April! At this point, we have roughly 30 songs (and counting) in the bank – these 4 are our favourites, the best, the crÃ¨me de la crÃ¨me. I CAN NOT WAIT to release these gems.

We also resolved that we need to open up a little further, give our fans something to chew on. We really want to exhibit more of our personal side from now on. So in an effort to do so, we shot a short film throughout the recording process documenting the story as we lived it; we shared our perspective on being released from FBR, our theories on working as an independent band, how we approached recording, and some in-depth insight on each of the songs. This will be released alongside the EP.

Ok, so…tour? Hell yes. As I mentioned earlier, we’re jumping on one long-ass tour around the US with some new friends of ours, Go Radio. If you live in the States, chances are we’ll be playing somewhere close to you. If not, change your definition of close. I’ll be spending the next two months with 4 other overly sensitive musicians, in an unpretentious, American-made, 15-passenger van, driving thousands of miles all over this liberated piece of dirt! Why don’t you come out and return the favor? Show us a little enthusiasm! We’re looking to make our mark in music, things feel different. It’s exciting. Don’t wish us luck, be a part of this.