According to the Chinese calendar, 2008 was the year of the rat. But if you ask us, ‘08 belongs to a different animal: The Collabo. And no artists cross-pollinated more than Fall Out Boy’s Patrick Stump (he got down with Questlove!), Elvis Costello (he went emo!) and T-Pain (he was permanently attached to a vocoder!) Here’s your guide to this year’s most collabo-happy stars: 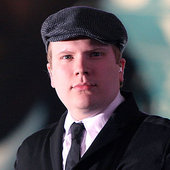 Collaborations: Gym Class Heroes; Tyga; Pete Wentz protÃ©gÃ©es the Cab. And Stump’s stamp was all over hip-hop – he teamed up with Ne-Yo (”Finish Your Food”), the Roots (”Birthday Girl”) and T.I. (”Out in the Cold”) – but none of the tracks made the final versions of their respective albums.

Hottest Track: “One of Those Nights.” On this strutting Cab cut, Stump plays a man begging a girl for a second chance (”I’m a mess… just give me time”). His wince is so desperate that it might just do the trick.

This Is Why He’s Hot: He’s a slave-driver. “For as little as he is, dude’s pretty fucking militant,” says GCH frontman Travis McCoy. “He’ll be like, ‘Travis, hit this note!’ and I’ll be like, ‘Just tune that shit!’ and he’ll say, ‘Just fuckin’ be a man and hit that shit!’ I got four feet on the dude, and he’s putting me in check.” 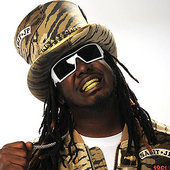 Hottest Track: “Got Money.” While Lil Wayne brags about his “Winn Dixie grocery bags full of money” being delivered to the club, T-Pain sings his way into VIP section.

This Is Why He’s Hot: Despite his shiny grill, his Dr. Seuss-biting style and his strip-club obsession, Pain is a pretty regular dude. “I call me and T-Pain ‘the Dynamic Underdogs,’ ” Chris Brown has said. “We know how to grind as new artists, so we know how to stay focused. He’s one of my closest friends – he’s down-to-earth.” 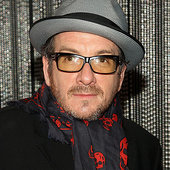 This Is Why He’s Hot: He’s the consummate pro. “He rolled into the studio and hit the notes right away,” recalls Jenny Lewis. ” ‘Carpetbaggers’ was written as a country duet – meant to be sung in a low, Johnny Cash delivery – but Elvis said, ‘No, I want to do it like this,’ and he changed the intention of the song, made it less country and more urgent-sounding, which I think it needed.”